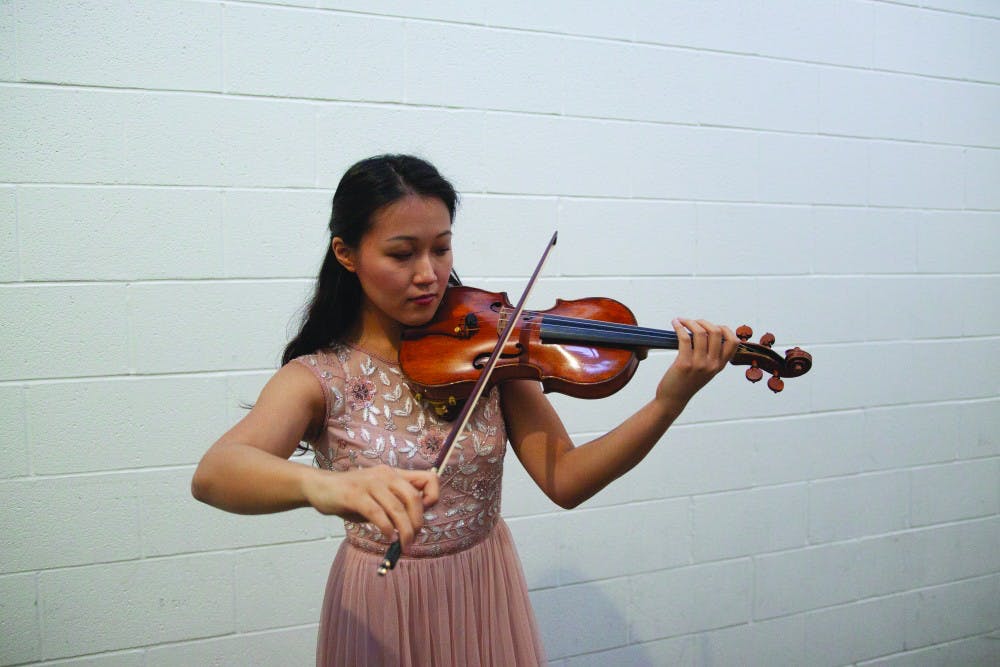 When it comes to playing the violin, Marin Osawa often finds inspiration in non-musical aspects of her life, from artwork to her peers.

“Just the other day I was walking around in the practice room hallway and there was this guy practicing, so I looked inside and I was like, ‘I need to play like that,’” Osawa, a Duncan College senior, said. “I sometimes think of artwork that would relate to music. When I’m walking outside and there’s this mood or atmosphere, [it] reminds me of a piece I know.”

Although Osawa started playing the violin at a very young age, she said she did not become invested in it until high school.

She said that starting at four wasn’t necessarily beneficial to her, because she was unable to appreciate the practice until she was older.

“People who start later [are] more aware of their life, they can be like ‘oh I actually really like this’ and can really be into it from where they start, instead of having this gap where they’re hating [it],” Osawa said. “I ended up liking it when I was 16 because I went to a summer classical music festival where we played orchestra stuff. I met a good friend that really inspired me to be better and actually be invested in it. Before that, I didn’t even think of [music school] as an option.”

According to Osawa, her experience living in countries on several different continents influences her music.

When it comes to her own creative process, Osawa said it can take many tries and a lot of frustration before a piece eventually comes together.

“When [I] start a new piece, at first, it’s overwhelming,” Osawa said. “I listen to the music first to get the overall feeling of [the] piece. Then I learn the notes, and it all kind of happens at once — while you’re learning the notes, the music also comes in with it.”

Currently, Osawa says she is in the midst of auditions for graduate schools. After Rice, she plans to continue her studies in music.

“For every spot, there’s 100 or 200 people auditioning,” Osawa said. “So that’s the future after graduate school that I’m looking at. Honestly, the audition process is not a creative process — it’s grueling. Everything has to be perfect.”