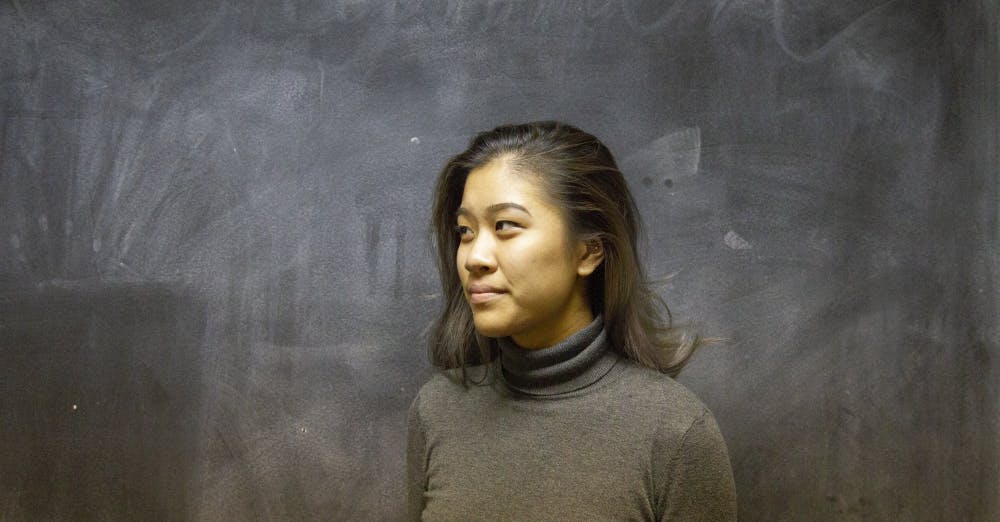 My friends and I are sprawled out on a dorm floor, scrolling through a boy’s Instagram profile. We’ve seen him around at parties a bit, and he seems like a nice guy.

“He definitely has yellow fever,” someone confirms. “He’s said it himself.” We all laugh a little bit and continue to scroll through the photos of him holding an “I voted!” sticker and selfies at political events. And no, he doesn’t have a viral hemorrhagic disease transmitted by mosquitoes — he has a “preference” for Asian women.

Men at Rice often casually throw around the term “yellow fever,” and it’s perceived as a nonthreatening preference for East Asian women, like a proclivity for a girl’s length of hair or height. Innocuous as it might seem, it is neither an endearing, lighthearted moniker nor a compliment. The normalization of such a term ignores its inherent minimization of Asian women and contribution to a larger culture of sexual violence.

Rooted in the coerced prostitution of thousands of East Asian women for U.S. troops during World War II, the stereotype of a hypersexual and exotic monolith of svelte, obedient women rose from violence. Asian women’s supposed docility and hypersexuality means we never present opposition, and our subservience means we provide but need not be provided for. That’s not a stereotype based in fact. It’s a toxic masculinity ideal.

Wait, boys who “actually enjoy Asian culture,” don’t stop reading now. This casual fetishization is one of the reasons that 41 to 61 percent of Asian women report experiencing physical or sexual violence by an intimate partner during their lifetime — a significantly higher figure than that of any other ethnic group according to the National Network to End Domestic Violence. To fetishize Asian women is to be complicit in perpetuating historical trauma, which, in turn, contributes to higher rates of sexual assault, depression, PTSD and suicide for marginalized groups.

It is troubling how willing we are to make light of a term rooted in oppression and misogyny. “Yellow fever” is much more than just a guiltless preference based on physical appearance. It’s the uncomfortable lunchtime gossip, and listening to boys list off Asian women to friends who have a propensity to target them. It’s the exhibition of track records of serially hooking up with Asians on campus. It’s having someone casually say to me that Asians just have a “broader range of beauty.” It’s so much more than just a preference for black hair and monolids. It’s what fuels the mistrust I have for men who tell me they have dated only Asian women because I’m not sure whether they like me or the racial trope they think I should embody. The fact that a boy on campus of any race can proudly proclaim his dehumanization of Asian women and face no repercussions is indicative of a culture that is willing to excuse sexual violence.

Throughout this semester, we’ve emphasized voting and civic engagement as conduits for change, and while there is no question that changes in policy drive social progress, that’s not enough. We show up to marches and post dozens of photos on Instagram to declare our presence; we wear shirts that tell everyone “This is What a Feminist Looks Like”; we put filters on our Facebook pictures that announce we stand with women. Yes, we should continue to show solidarity with disenfranchised groups, but it’s appalling how much praise is placed upon others for doing the bare minimum: simply declaring to the world that they agree with the notion of equality and not much else. This performative progressivism benefits solely the performer.

Are we satisfied with progress tainted by microaggressions? If not, we have to sacrifice some comfort to make larger strides toward social justice, and that includes our day-to-day humor and behavior. We shouldn’t allow terms tinged with racism and sexism — like “yellow fever” — to slide past us because they’re not issues  in the limelight. We need to treat covert discrimination with the same intolerance we have for other forms of bigotry. We can’t keep normalizing phenomena that devalue minorities. Rather, we have to be cognizant of not talking for minorities and the issues that pertain to them just because we think we are engaged and educated enough to do so.

Voting does not absolve us of our own internalized misogyny and racism, particularly when the two intersect. As outspoken as we are on so many grand-scale political issues, we have to acknowledge the ways we too contribute to disparities in class, race and sex within our own little Rice community and strive to break those down with informative conversations and behavioral adjustments. Let’s start with “yellow fever.”