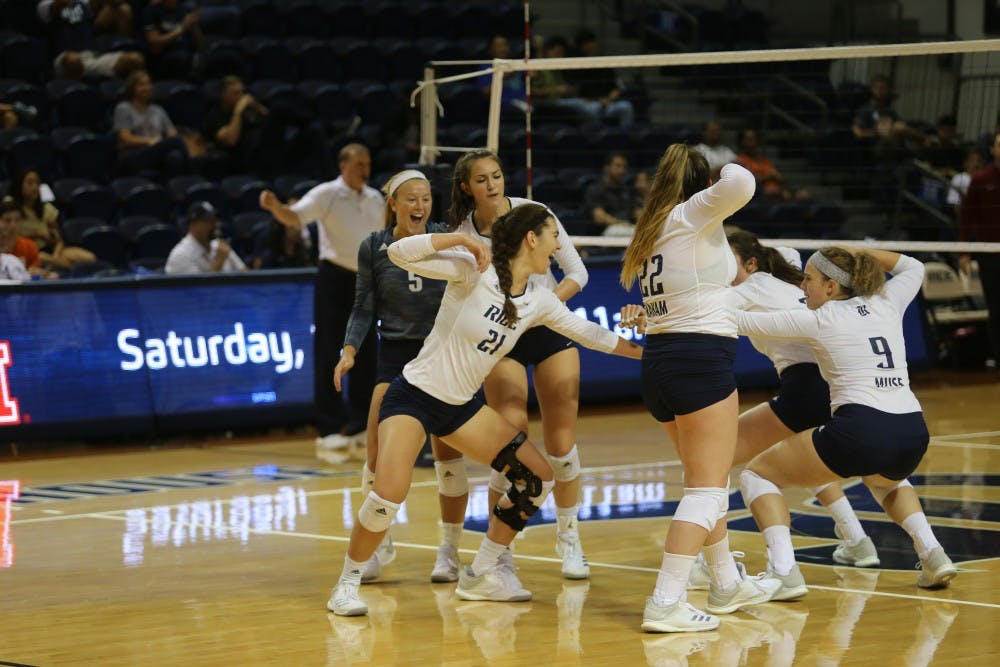 Rice volleyball clinched the Conference USA Tournament championship for the first time since 2009 with a 3-0 sweep of Florida International University on Sunday. The win clinches the Owls a berth in next month’s NCAA Tournament.

Rice raced out to a 2-0 lead with close but comfortable victories in the first two sets, by scores of 25-21 and 25-22, respectively. In the third set, however, Rice trailed 24-22, and FIU had set point before the Owls off four straight points to win the set and the match. With Rice trailing by the 24-22 margin, sophomore Kassidy Muse recorded a kill, then junior Grace Morgan and sophomore Nicole Lennon combined on a block to tie the set. FIU then called timeout, but with Rice still serving, Morgan recorded a kill to give the Owls championship point. On the final point, Muse and Morgan combined on a block to clinch the victory.

Players on the Owls bench stormed the court the moment the ball hit the floor, and coaches embraced on the sideline in celebration of the team’s first conference tournament title in nearly a decade.

The win clinched an NCAA Tournament berth for the Owls, who will appear in the 64-team bracket for the fourth time since 2004 and first time since 2009. Head coach Genny Volpe has been at the helm for each of those appearances after taking over the position in 2004.