Will Rice to host Rocky Horror-style production of 'The Room' 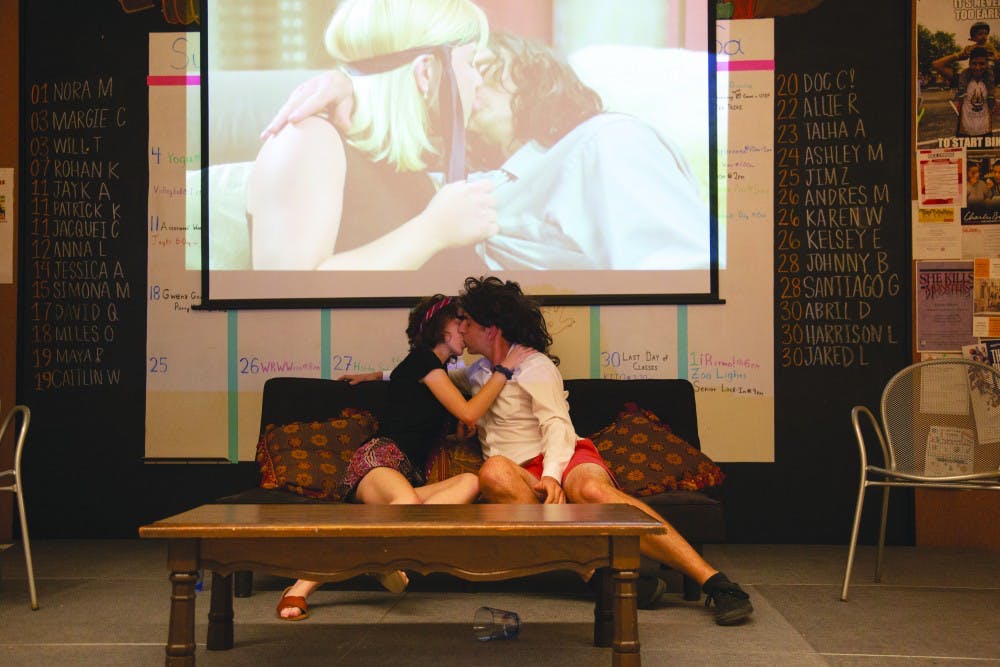 “The Room,” a 2003 film directed by and starring Tommy Wiseau, is frequently ranked among the worst movies of all time. Featuring bizarre storytelling, gaping plot holes and an ostentatious amount of loud sex, the poorly made film has become a cult favorite. After a four-year hiatus, Will Rice College theater will return with an interpretation of the film showing this Thursday, Friday and Saturday.

Director and producer Will Grimme said “The Room” was chosen for its accessibility and relevance to college theater.

“We don't have to buy any rights,” Grimme, a VADA major with a theater concentration said. “We can get a lot of Will Ricers involved because there's no expectations of people acting well — because it's the worst movie of all time — and it coincides very nicely with college night.”

According to Grimme, the performance will be styled after “The Rocky Horror Picture Show,” with the film projected onto the backdrop and actors mimicking it word for word, movement for movement. Grimme also said he intends for the show to be interactive, engaging the audience during quieter moments.

“In ‘Rocky Horror’, they have something called a 'shadow cast' [where] actors act out what's going on in the movie,” Grimme said. “We wanted to take that a step further. During various stages in the show, we're gonna pause the movie and bring Will Ricers on stage to do some audience interaction and try to make this as much of an event as possible.”

Grimme sees the low standards of acting as a positive. He said that while the cast has worked on the show for a month and a half, traditionally difficult aspects of theater – such as memorizing lines and blocking — are less daunting with the support of the film in the background.

Will Rice College freshman Reece Eberhardt, who plays Mark, echoes this sentiment. “The Room” is his first somewhat serious theater performance, but Eberhardt says it’s the ideal film for a novice like him.

“[Acting in front of the film] is a lot more comforting, because if you forget your line, you can either just coast through or shut up and let the movie take over,” Eberhardt said. “Yes, it'll be awkward if I forget my entire scene, but if I mess up on a line, no one is automatically going to be like ‘Oh, Reece is messing this up.’”

But with the film constantly playing in the background, actors are also confronted with unique challenges atypical of theater performance. McMurtry College senior Zachary Verne (Johnny) says that despite his theater background, he has never had to mimic the actions of another onscreen — an experience that brings in a slew of new considerations.

“You have to be cognizant of when a line is said, because if you are saying it at a time that is even a second off from when your character is saying it, it's blatantly obvious,” Verne said. “When you're acting live and you have no reference point, you can say your line whenever you wanted, and it wouldn't be a big deal.”

Verne also says that the acting of “The Room” presents a conundrum where he is forced to mimic the bad acting of Wiseau through his representation of Wiseau’s character, Tommy.

“I'm playing Tommy Wiseau who’s playing this character, which is kind of complicated in that [Wiseau is] a very poor actor,” Verne said. “It’s kind of cool and fun but very different from any other roles I've had.”

The performance is particularly notable due to a prolonged absence of theater at Will Rice. According to Grimme, Will Rice has not put on a production for the past four years, despite bylaws requiring a show every year — a requirement that was removed last year. A primary obstacle to such productions is the cost. Theater productions often have to buy rights, which Grimme said can cost up to $1600. Since “The Room” is a film, with its full transcription readily online, Grimme says Will Rice does not have to pay for its rights.

“We're gonna be putting this on for $200,” Grimme said. “When Will Rice is already low on funds, it's hard to justify spending a lot of money on rights.”

He said that Sid Richardson College spent $3000 on rights for its 2016 showing of “Spring Awakening.”

Eberhardt said the experience has been a good introduction to theater and a learning experience for his freshman year.

“I've loved the experience of getting to meet those people and act with them and just have fun,” Eberhardt said. “I'd absolutely love to try it again with another show, maybe one that's a little more serious.”

“The Room” will be showing in Will Rice Commons on Thursday and Friday at 8 p.m. and on Saturday at 2 p.m.