Rice Dance Theatre: Inside the Making of ‘Limitless’ 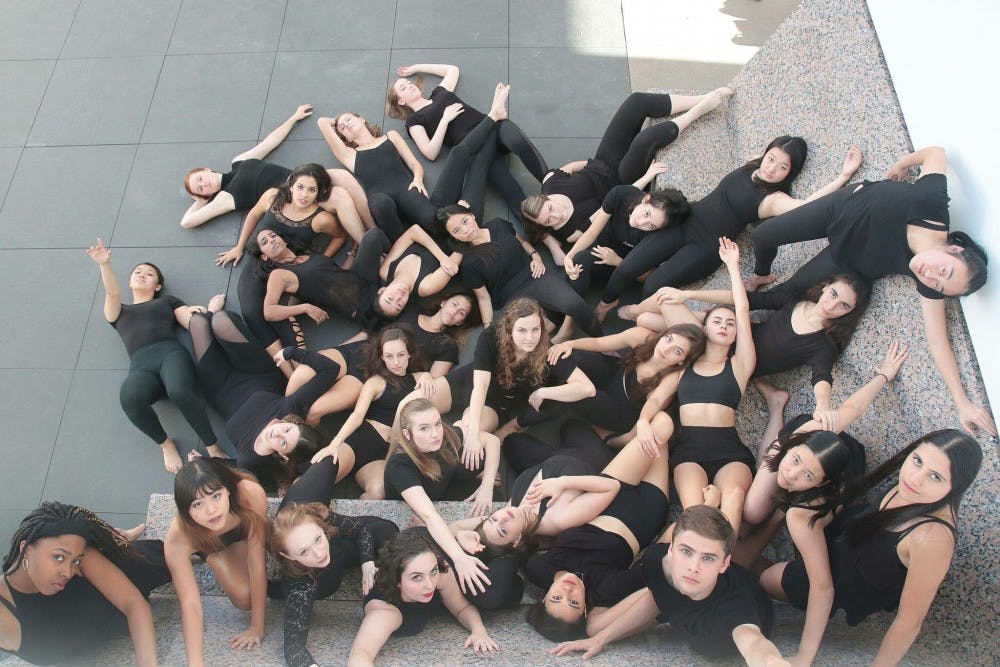 What does being limitless feel like? To Rice Dance Theatre co-company manager Matthew Brehm, being limitless means having a “sense of joy and hope.” He hopes RDT will empower and inspire audiences with their 2018 fall show titled “Limitless,” a collection of creative performances.

“I think that when people leave, they will feel empowered to do whatever they wanna do, in a creative sense,” Brehm said.

The show marks the first major performance for the fall 2018 cast of RDT performers, all of whom have been working on their dances since the beginning of the semester. According to returning RDT choreographer Rae Holcomb, this year’s group is the largest in the history of RDT, with over 40 members including 14 choreographers. The company has been classified as a student organization since its founding in 1979, however it is currently transitioning into a club sport.

RDT is a pre-professional dance company that offers Rice students the opportunity to pursue dance alongside their academics. Choreographers Rae Holcomb and Helen Bonnyman said they joined RDT because of their extensive dance backgrounds and desire to continue pursuing their lifelong loves of dance.

“It provides the most creative freedom you could ask for,” Holcomb said.

“There’s really no requirement on a theme, so we can do whatever we want,” Nikonowicz said. “We come up with the theme together as a group of officers — president, treasurer, special events, historians — our whole team. We discuss halfway through the semester based on how the pieces are looking and what the vibe is.”

“Limitless” features a wide variety of pieces that range in style, from traditional ballet choreography to innovative contemporary dances. Nikonowicz’s two dances are titled “Commercial Break” and “Infomercial Break.” Their names say it all; instead of being performed with music, these pieces will be performed with commercial and infomercial audio about sleeping medicine and mantis shrimp respectively.

“The Vix commercial has been a dream since high school,” Nikonowicz said. “I’m so proud of all of my dancers for taking on such odd roles and working with me because I’ve never done anything like this before. Normally, my dances are very structured. They tend to be a little bit darker, and involve contemporary movement.”

“[It] is a celebratory expression of female rage and the reclamation of the female body in a culture that perpetuates sexual violence,” Bonnyman said. “In this #MeToo era, especially during the recent Kavanaugh-Ford hearings, I have often felt so enraged and I really channeled that into my piece.”

Holcomb said this semester’s performances have been more difficult than most from a choreographer’s perspective.

“This semester has held a unique challenge for me,” Holcomb said over email. “My piece involves several moments of audience interaction, which I (nor anyone else in RDT that I know of) have never choreographed into a dance before. There are a lot of unknown variables involved, since you never quite know what someone will do when you bring them up onstage. It has been quite a challenge to get it to work.”

Every RDT member is required to dedicate several hours a week to the program, according to Brehm.

“You have to attend company classes which are an hour and a half twice a week, and you have to attend at least one rehearsal for each dance that you are in,” Brehm said. “For instance, I’m in three other pieces plus the one I’m choreographing, and I teach a ballet class on Saturday for RDT. That’s 10.5 hours a week for me.”

Despite these challenges, Brehm and Nikonowicz agree that performance is by far the most rewarding part of being in RDT.

“Being able to perform for our friends and show them what we give 10-plus hours a week for is rather rewarding,” Brehm said.

Holcomb said connecting with the dancers is the most rewarding aspect of choreography.

“For me, it’s that moment when you and your dancers are on the same page so much that you are practically creating the dance together,” Holcomb said. “Sometimes I’ll be stuck on a particular moment when one of my dancers will suggest, ‘Why don’t we try this other thing?’ and it feels like they’ve read my own mind better than I can.”

For RDT, openness and cooperation among its members is not only imperative, but also encouraging and uplifting. Brehm and Nikonowicz both fondly remembered instances of backstage bonding and camaraderie with other supportive, passionate and close-knit members of Rice’s dance community.

“In and out of dance world, everyone looks out for each other,” Nikonowicz said. “I don’t know what I would do without my RDT friends.”

RDT will be performing “Limitless” Nov. 15 to 17 at 7:30 p.m. in the upstairs dance theater of the Gibbs Recreation Center. RDT will also be joined by guest performance group BASYK Crew. Tickets will be sold at the door starting at 6:30 p.m. each night of the event and are priced at $5 for Rice students, faculty and staff, and $10 for general admission.