Response to Wilson: Some got off Twitter, some didn’t. It shouldn’t matter. 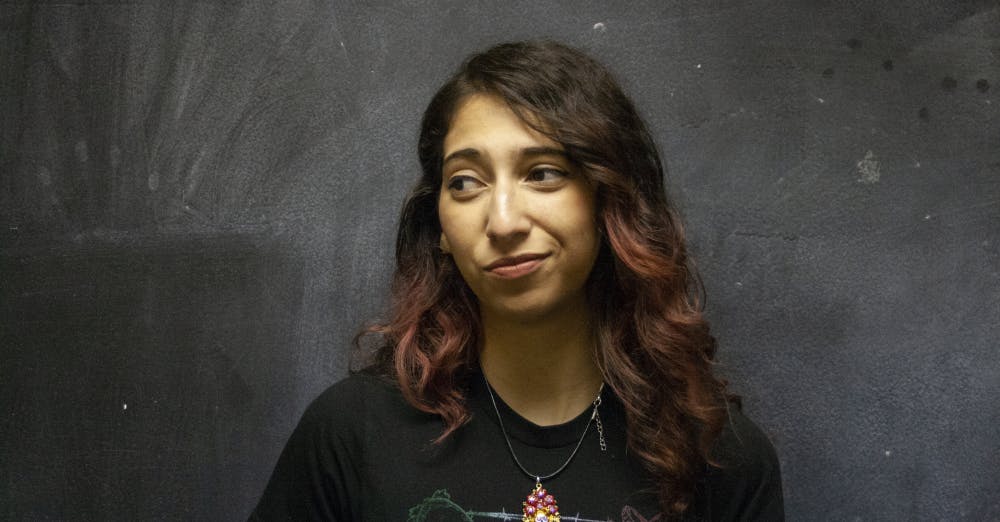 In an op-ed in the Oct. 17 issue of the Thresher, Chloe Wilson discussed the cognitive dissonance she sees in progressive Rice students who post political comments on social media but are noticeably absent from phone banking and canvassing events. Unfortunately, her call to action critically omitted an important variable in the conversation about increased civic engagement: the systemic suppression and exclusion of disenfranchised Americans. As a result, I find her framing of the Rice student as busy, privileged and lazy to be too simplistic, deficit-oriented, and homogenizing.

To be clear, as a founding member of Civic Duty Rice, I believe in the importance of youth voting and volunteering. This is why I would like to propose an alternative way to approach “Rice apathy.” Instead of shaming people for their Twitter usage, students who care about increasing civic engagement in Houston stop and ask: what are the structural barriers preventing people in becoming politically empowered, and what is my role in fixing those barriers? This positivistic approach acknowledges the reality of voter and political suppression, and ensures we approach disenfranchised people with empathy, nuance, and support. Additionally, it ensures we take the rose-colored glasses off, and start holding politicians on both sides of the aisle accountable for growing rates of inequality in the United States. In short, political campaigning is important, but extremely short-sighted.The real work against voter suppression, wealth inequality, climate change, discrimination, xenophobia, and exclusion from a politics, starts on November 7th.

In her response, the author isolates Rice students as having low voter turnout and low involvement in canvassing and phone banking efforts. Unfortunately, her analysis of the Rice student stops at this descriptive claim and fails to ask the most important question: what exactly are the reasons students don’t volunteer and vote? She follows this analysis with two anecdotal pejorative insinuations. First, that Rice students who cite the excuse “I am too busy” are too privileged to care about having “racists, misogynists, homophobes, sexual predators and spineless enablers” in office, and second, that Rice students are too lazy to realize that social media is a subpar way to engage with politics and the local community. The assertion here is clear: The Rice student is a privileged student, and the average progressive at Rice hides behind illegitimate excuses to keep from engaging with the Houston community. Let’s deconstruct this notion.

Despite the relative privilege afforded to Rice students via access to an elite private education, we are not shielded from a chilling reality: Our political participation at the ballot box and in campaigns is constantly challenged by powerful suppressive forces. This trends starts in high schools, and then follows young adults through college. For instance, here in Texas, 183,000 high school seniors were kept off the voting rolls in 2016 and 2017. This trend of youth exclusion from civic participation follows students into college, where factors such as restrictive voter ID laws, misleading information about county and precinct voter registration and lack of same-day voter registration ensure they become members of the non-voting population. Is it a surprise to anyone that this — coupled with out-of-touch politicians and volunteer recruiters who come to Rice campus only when politically convenient —translates to a lack of enthusiasm for phone banking and canvassing?

I won’t ask you to read between the lines: young people are largely not at fault for their perceived lack of political participation. To claim otherwise ignores the important context that hampers the participation of Rice students.

Another part of the article that is especially frustrating to me as a Latinx student is the author’s assertion that going to a prestigious institution privileges all of its students with the equal burden of “putting in the work” to save our democracy. While not explicit, I think the insinuation in these statements is clear: All of her audience members are by default privileged individuals whose inaction is complicit with this administration’s violence.

Although well-intentioned, the author presumes that acceptance to a top 20 school suddenly erases important identifiers that still prevent full trust and participation in the political system. This ignores the experience of members of many traditionally marginalized groups at Rice, whether through race, ethnicity, class, gender, sexual orientation or religion, who are simply exhausted — exhausted with the state of the world, exhausted with a political system that has never catered to them, exhausted with feeling like a stranger in their own country, exhausted with explaining that no, bigotry did not in fact see a resurgence in 2016. It has always been here.

The anger futility, and apathy that disenfranchisement causes toward the political system ought to be well understood by everyone advocating for increased electoral activity among college students. An instance of the literature that explores this can be seen in Calvin Warren’s “Black Nihilism and the Politics of Hope.”  Warren argues that the devotion Americans show to democracy, especially as a way to silence or sidestep black oppression, is maintained by the “politics of hope,” wherein minorities continue to be promised progress, betterment and improvement by the political system, only to have the rug pulled out from under them again and again.

By claiming that the Texas U.S. Senate race, as well as the races for Texas’ 2nd and 7th U.S. House districts are “capable of determining our country’s future,” and by insisting that students prescribe their ideological progressivism and aspirations for an equitable America under the leadership of the Democratic party, Wilson’s op-ed makes a clear endorsement of cruel optimism. For many of us, elections come and go, and nothing ever changes.

I cannot emphasize enough how important it is that we remove the idealization of a broken political system when we are engaging with young potential voters and volunteers. I personally agree with Warren’s logic that politics, politicians and empty promises cannot save us.

And still, almost incongruously, I have decided to become an advocate for youth voter registration and early voting, as well as a canvasser and phone banker. I have decided that voting hate out of office is a necessary but insufficient condition for the improvement of my fellow Americans. But this is not a choice everyone can make: sometimes it’s difficult to ignore the reality that nothing might change. It is not out of the realm of possibility that Rice students distrust a political establishment built to exclude them, and as a result, flee to social media, which can feel more empowering than active campaigning. Their distrust will not be overcome with appeals couched in the politics of hope, either from politicians or from fellow students.

Yes, we should be motivated about voting, canvassing, and phone-banking. But when you see one of your peers falter on the way to the ballot box, send another fuming, depressed and existential tweet, and doubt whether any of it will make a hoot of a difference, stop. Don’t call us hypocrites, preach cruel optimism or condemn us for resorting to social media. Reject the deficit-oriented understanding of Rice students as privileged and apathetic. Instead, see Rice students as the diverse, caring and often worn-down students they are. Validate our distrust in an oppositional political system, especially if we are traditionally marginalized. Rally, protest and condemn politicians that ran on progressive platforms, but fail to follow-through with their promises. Endorse policies that reverse the structural disenfranchisement of your fellow Americans. Most importantly, create an encouraging atmosphere conducive to healing, learning, voting and volunteering. Our work is cut out for us if we are truly ready to oppose the political “apathy” the author wants to address after November 6th.