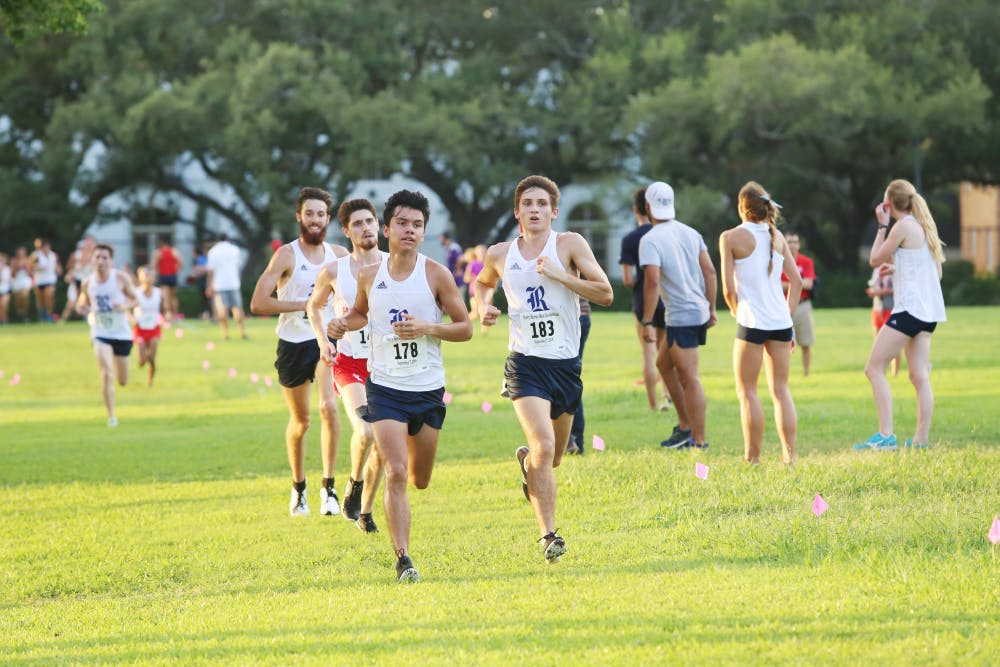 “The course was muddy and the wind was strong and the plan was to get in a good position early and hang on,” Warren said. “Everyone took the plan to heart and pulled it off.”

The Owls narrowly missed out on a third-place finish by tallying 141 points, just behind Texas A&M University which finished with 135 points. The University of Arkansas dominated in a first-place showing with 59 points, and the University of Texas came in second with 76 points.

After a third-place overall team performance out of 11 teams at the Conference USA Championships in Florida, Rice continued its success by placing six runners in the top 50 overall at the regional meet. The team was led by sophomore Hociel Landa, who finished 19th with a time of 32:18 in the 10-kilometer race.

Both Landa and senior Clay Musial received all-region honors by placing in the top 25. According to Warren, both runners put in strong performances at the meet.

Warren said he attributed the team’s fourth-place finish in the meet to the top five runners staying within 50 seconds of each other. Redshirt sophomore Matthew Murray was Rice’s third-fastest runner and placed 27th overall with a time of 32:43. Sophomore Alex Topini (40th, 33:08), senior Adolfo Carvalho (41st, 33:09) and freshman Andrew Abikhaled (47th, 33:23) followed Murray.

Warren said the grind of pushing through the season’s tough workload helped the team achieve its current level of success.

“This group pulled together all season, through early mornings and the heat of August and September to really be ready for the championship meets,” Warren said.

Overall, Warren said he was very happy with the team’s effort during the race.

“I think it was both a combination of being a little underestimated and also performing better than what was expected that made the results at the [regionals] seem extraordinary,” Warren said.

The Owls’ season may not have ended in a top-three finish at regionals, but several individual runners came home with awards. Three runners turned in all-conference performances and two received all-region honors. According to Warren, success will continue into next season.

“We can be excited as five of our top seven and seven of our top nine are all returning next season,” Warren said.