Gaga and Cooper successfully revitalize ‘A Star is Born’ 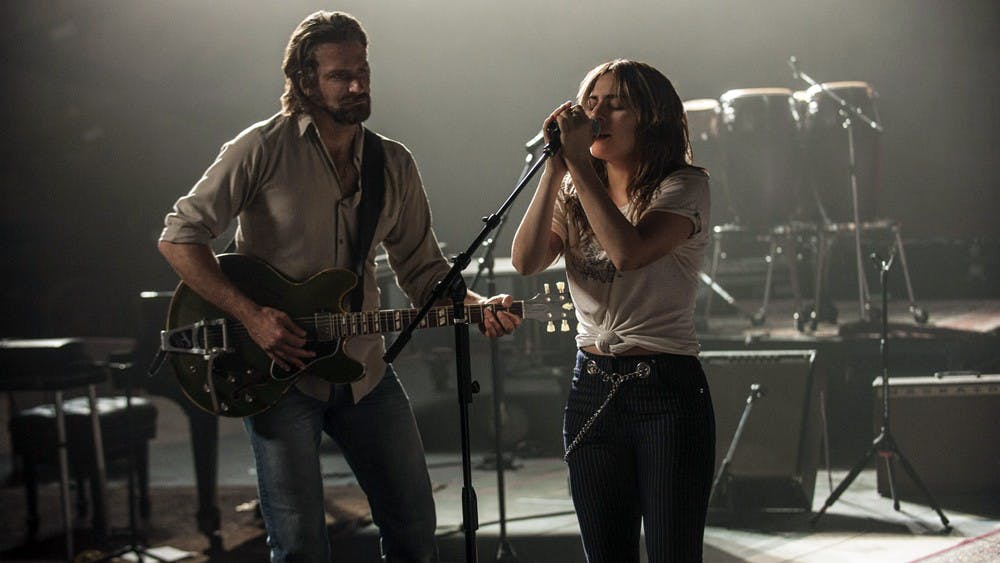 Given Hollywood’s gluttony of remakes and reboots, it is tempting to be turned off by the newest “A Star is Born”: the fourth interpretation of the tale first seen in the 1937 classic. Despite that, debut director Bradley Cooper breathes new life into the story with a modern, uncompromising perspective on celebrity that generates one of the most emotionally-affecting cinema experiences of the year.

This film’s version of the classic story follows Jackson Maine (Cooper), a famous country rocker who discovers down-on-her-luck singer Ally (Stefani Germanotta, better known as Lady Gaga). Drawn in by her immense talent and intrepid personality, Jackson quickly falls for Ally and helps bring her into the spotlight. However, as their relationship and careers progress, Jackson’s personal demons threaten to tear down everything they’ve built.

Due to the nature of its narrative, the movie’s success relies almost entirely on the acting and singing of its two leads. Fortunately, Cooper and Gaga prove to be a superb pair of dual-threats. Cooper turns in arguably the finest acting work of his career so far, often conveying his character’s deep-rooted melancholy and pain through just a glance. He also demonstrates unexpectedly great musical gift, making his character’s status as a popular musician quite believable. As Ally, Gaga unsurprisingly excels in her musical sequences, belting out multiple numbers that are sure to be chart-toppers in coming months. However, her acting ability turns out to be her standout feature in the film. Gaga’s realistic portrayal of emotion might lead one to theorize about parallels between her acting and her real life experiences.

That is not to say that the film’s supporting players added little to the proceedings. Andrew Dice Clay is charmingly dopey as Ally’s father, and Anthony Ramos is amusing as Ally’s best friend Ramon. In a short but commanding role, Dave Chappelle holds much gravitas as Jackson’s wise friend Noodles. Most notably, Sam Elliott is phenomenal as Jackson’s fed-up manager and older brother Bobby, absolutely owning every scene in which he appears.

The movie is also impressive in its technical aspects. With the assistance of Oscar-nominated cinematographer Matthew Libatique, Cooper dynamically utilizes his camera.Through idiosyncratic lighting and dynamic close-ups, he effectively evokes the simultaneously uncomfortable and intoxicating feeling of fame and on-stage performance, putting viewers in the characters’ headspaces.

While the film has consistently strong acting and singing performances, its plot strength wavers from act to act. In its opening portion, “A Star is Born” is well-paced in its character development, composed of multiple moments of pure euphoria. The movie’s following section holds its biggest weaknesses,  feeling less natural in its content and more rushed in its plot progression. Nevertheless, the film’s final act more than makes up for its lackluster predecessor. Taking the melodrama all the way to its breaking point without crossing into the unbelievable, the last section’s emotional poignancy is bound to make audiences weep.

Overall, “A Star is Born” is a refreshing, honest take on a vintage love story. Its lead performers’ career-defining work and its emotionally-devastating moments will undoubtedly move crowds everywhere.

“A Star is Born” runs 135 minutes in length and is playing in theaters nationwide.