A Conversation with San Holo at Austin City Limits 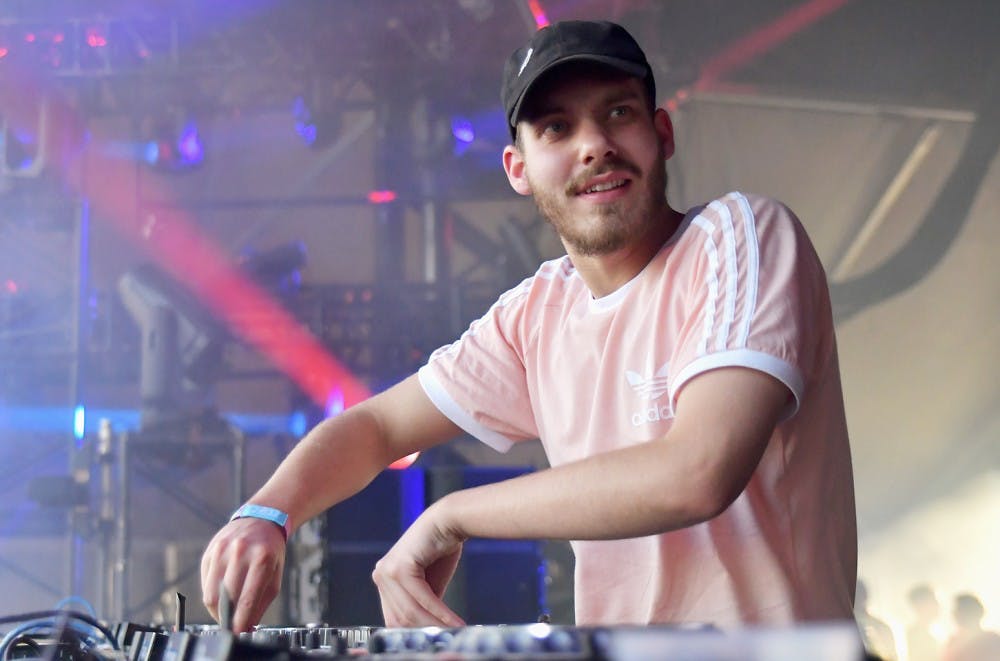 Dutch musician Sander van Dijck, known by his stage name San Holo, is renowned in the electronic dance music world for his chill sound and incorporation of real instrumentals (often played live during his sets). Following his EP release in 2014, van Dijck recently released his first album, “album1.” The album debuted at No. 7 on Billboard Dance/Electronic Albums chart, establishing the musician’s spot as one of the top artists in the genre.

Wearing a bright orange shirt and donning a hat, van Dijck fit right in at the ACL press tent. I was able to catch him for 10 minutes and pick his brains on a variety of topics – from “album1” to advice for aspiring DJs.

Christina Tan: "Album1" is out, which is really exciting. That came out four years after your first EP, so I was curious – what was going through your mind during those four years, and what was that process like for you?

San Holo: I think as an artist, you just evolve throughout the years. Four years ago, I felt like I was doing something of my own with the melodic future bass sound, but in the last couple of years, everyone started to do the same thing. Not because of me, but at some point, I just felt like it wasn't unique enough anymore for me. With this album, I wanted to do something that felt new to me. I wanted to challenge myself to do something exciting again, to feel like, “Wow, this is an evolved version of myself."

So I started playing guitar more on my record. "Album1" is my debut album, and I'm really happy it's out. It's been the most intense project I've ever done, but also the most rewarding one, because everyone is positive about it – giving me really nice feedback.

Tan: Now that you've evolved your sound, do you feel like you're going to stay in this area, or keep changing for album two, album three?

Holo: Depends. As long as I feel like I'm in my own lane, I'm comfortable. But the music scene is always changing. One day it was dubstep, now it's future bass. I might change it. But the consistent thing is my emotion. I never make really dark or aggressive stuff; it's more like, pleasantly sad.

Tan: So switching over to ACL – this is the first festival you're playing the album at, so what are your feelings before your set?

Holo: The full album tour starts next month, actually. We're still preparing the new stage. So I'm going to be playing some new stuff from the album, but mixed with the older stuff.

Tan: Before you go on stage, is there something you do to prepare?

Holo: Half an hour before the set, I like to warm up and do some stretches. I also play guitar scales. Warming up is something I never really did before the last couple years, but I started doing it recently and it feels really good. I have less pain after the show.

Tan: Is there anyone you're excited to see here, or you really admire?

Tan: He broke his foot, so he's not coming anymore.

Holo: Really? Damn. Oh well, Metallica is playing, so I'm definitely going to check that out. I'm just excited to be in Austin, to be honest. I wish I could spend a week here. I'm currently looking into buying a place somewhere, but I have no idea where I want to live. Every city has its own thing going on, so it’s hard to pick a favorite.

Holo: To be honest, the people. I feel like the people here really are open-minded to whatever you want to do. I don't think you are judged that quickly here. Maybe I don't know enough, but I have that feeling. Austin is all kinds of weird – everyone is weird and special, and I really like that. I feel at home. But I have not spent enough time here to experience any downsides.

Tan: What are your thoughts about EDM in the next five years?

Holo: I think things are going to merge way more with indie music and with real instruments. You already see it here – ACL used to be a full indie band festival, and now there's also EDM. I feel like that not only with the EDM scene but also the other music scenes.

That's what I wanted to do with the album – grab a guitar and have this indie mentality. When you say EDM, most band people get scared off. But I wanted to bring musicality and natural organic sound back into EDM. I just want to build that bridge between those worlds because I love music. I love hard rock; I love ambient; I love classical; I love EDM. I hope people start to realize that in the end, a song is a song, whether it's an EDM song or a rock song – it doesn't matter. If it speaks to you, that's the most important thing.

Tan: There's a lot of student DJs at Rice. Do you have any advice for them?

Once you figure that out, spend a lot of time on it. When all of your friends are going out or going on holiday, you just keep on working. Because that's what I did. I never went out — never even went to festivals. I just really locked myself up in my room. To me, that's where I got all of my joy from – making music. So, you've got to be able to make music, even if no one will be listening. If only 10 people will be listening to me, I'd still be making music.

For the last question, I asked Holo about a stray duck he had adopted.

Tan: How is your duck doing?

Holo: Good! She's being raised by Yvette Young, my girl, and is really good. Mr. Flaps grew from this little cute duckling into a full-grown, beautiful duck. She's gorgeous. I can't wait to see her on tour, because we're stopping in San Jose where she lives.