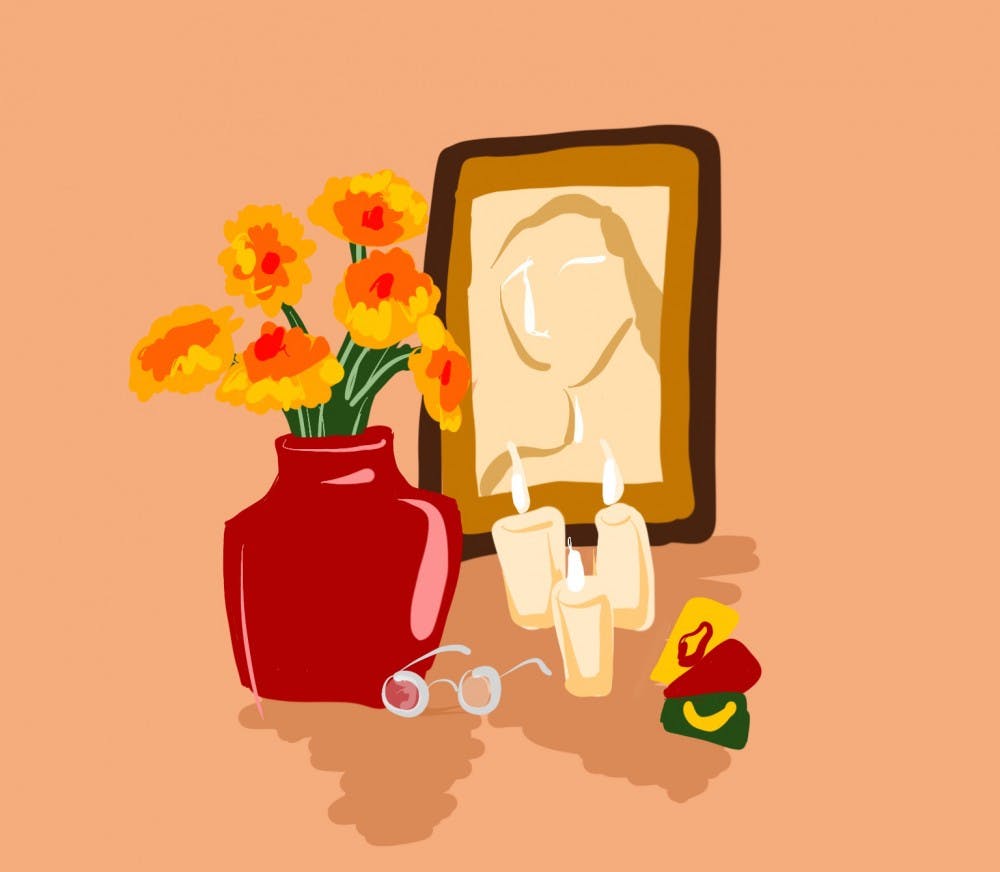 A local nonprofit is involving local Houston communities in the exploration and appreciation of Latinx culture with its annual festival celebrating Día de los Muertos. Multicultural Education and Counseling through the Arts (MECA) hosts the annual event that boasted upwards of 10,000 visitors in 2017. The festival runs for two days in late October and offers festival-goers the chance to experience various facets of Latinx traditions, including food, music and crafts.

Día de los Muertos, also known as Day of the Dead and All Souls’ Day, is a long-standing Latin American holiday that has become increasingly popular in the United States in the last decade. Forms of celebration range from traditional practices of building an “ofrenda,” or altar, to huge parades in metropolitan cities. Across the various forms of celebration, the values at the core of the holiday remain the same: honoring loved ones who have passed and paying tribute to them as they travel through the afterlife.

The Houston Latinx population boomed in the late 20th century, growing from 10.6 percent of Houston’s population in 1970 to 44 percent in 2010. This dramatic increase in the local Latinx community has brought a myriad of cultural traditions to Houston, including the annual celebration of Día de los Muertos. For those belonging to ethnic minority populations, safe community spaces like MECA encourage members to stay in touch with their cultures.

According to its website, MECA is a community-based non-profit organization that provides “arts education, support services and multicultural artistic performances and events” to local youth and families. One of the hallmarks of its community outreach efforts, the annual Día de los Muertos festival ran from Oct. 27 to 28 and hosted over 40 musical performances and vendors. Many of the vendors were locally sourced and specialized in handmade cultural goods, such as ceramic “calaveras,” handmade flowers, “lotería” decor and traditional clothing such as “huaraches,” a type of sandal primarily worn in Mexico. Different types of Hispanic food were also available for purchase, such as “agua fresca,” a refreshing fruit-flavored drink, and “pupusas,” a Salvadorian dish consisting of a thick tortilla stuffed with savory filling.

The pinnacle of MECA’s Día de los Muertos festival lay within the building: an impressive display of dozens of ofrendas put together by families and community members. The smell of incense and marigolds wafted throughout the building. Many altars were erected in honor of particular family members and decorated with pictures of the deceased, accompanied by candles, flowers, food and mementos of the memories of loved ones. Placing food that the deceased enjoyed in life is a custom meant to aid the deceased on their journey in the afterlife; coffee canisters, beer cans, De La Rosa candy and Marias cookies were some of the favorite foods decorating their ofrendas.

Mementos such as glasses, lotería cards, dishware and even cigarettes decorated the altars as well, serving as fond reminders of loved ones’ activities during life. Some other ofrendas were not dedicated to family members, but rather to well-known members of society. There was one altar dedicated to the late Aretha Franklin, erected by a local community member to honor the talented, beloved artist. Another community altar was dedicated to the victims of the Pulse Nightclub shooting in Orlando, Florida in 2016, and another dedicated to missing and murdered Indigenous women.

The festival offered three different stages that hosted professional performers, as well as MECA’s own youth performance groups, such as MECA mariachi and ballet folklorico. One performing group was Danza Azteca Taxcayolotl, a dance group that specializes in performing traditional Aztec ritual dances associated with Día de los Muertos. The group is dedicated to preserving and sharing ancient Mesoamerican cultural knowledge through art and music. They performed several intricate dances in full traditional dress, including elaborate feather headdresses, face paint and “calaveras,” or decorative skulls. As a holiday that is continually evolving and being celebrated in different ways across cities and nations, groups like Danza Azteca Taxcayolotl offer people the opportunity to remember and honor indigenous people’s traditions and sacrifices that shaped Latinx cultures for hundreds of years.

Another musical performance group present was Chango Rey, a Cuban musical group that specializes in Afro-Caribbean representation in Latinx communities. Frontman Ricardo Izquierdo Pestaña’s energy moved some festival-goers to dance along to his “rumbas and guarachas,” musical genres rooted in Cuba. Chango Rey’s performance served as a reminder that Día de los Muertos is not necessarily confined to Mexican culture; it is a holiday that traverses Latinx populations throughout North, Central and South America.

The MECA festival may be over, but there are still many Día de los Muertos celebrations happening around Houston in the coming weekends. Experience Day of the Dead in Houston this year to learn about Latinx culture and honor loved ones in a celebration of death as a natural part of life.