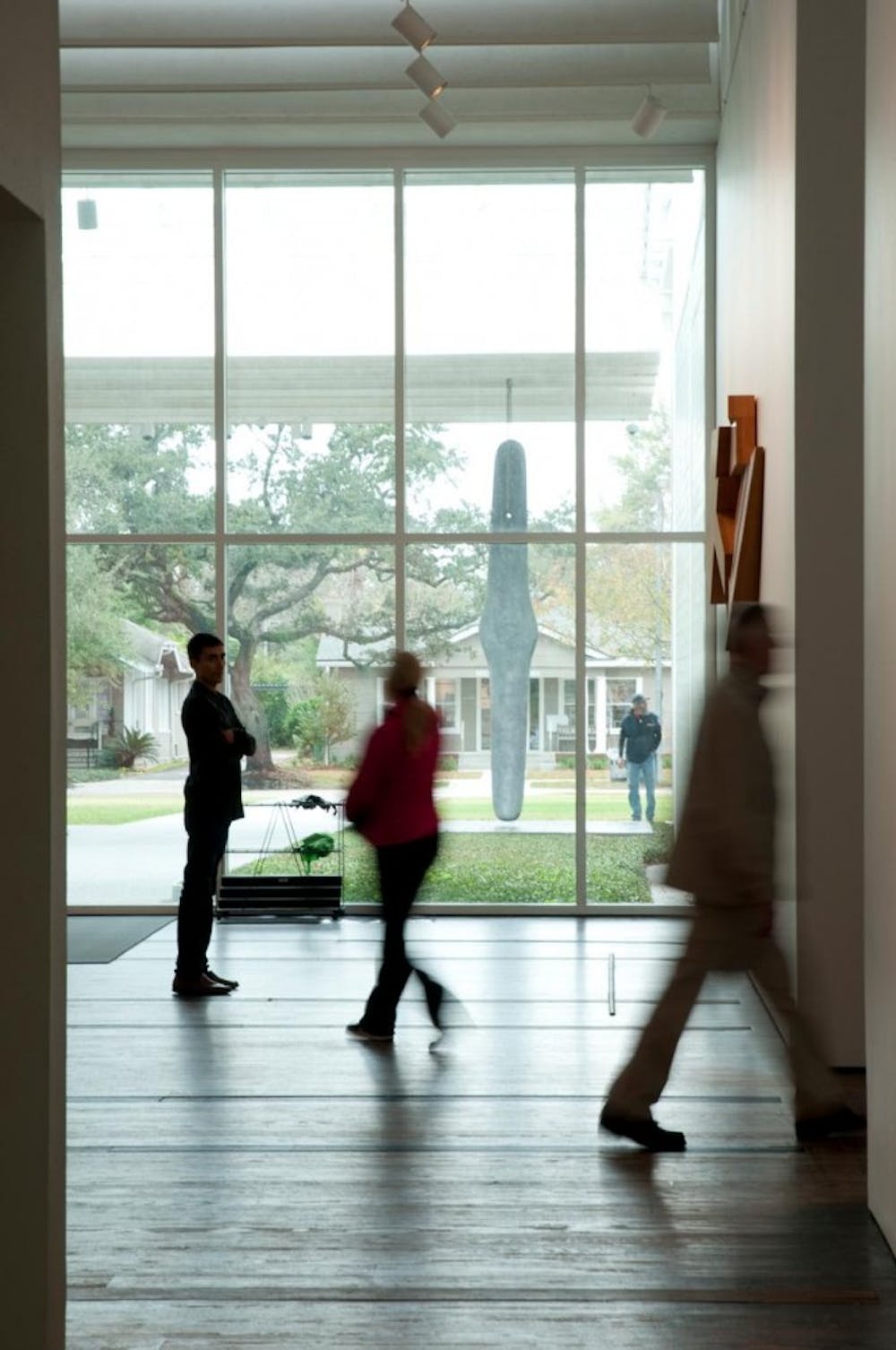 While it may have seemed like not much happened on campus this weekend, the ordinarily quiet and unassuming residential Menil District was buzzing with excitement and activity. Following a seven-month-long hiatus, the main building of the Menil Collection finally reopened its doors on Saturday. Visitors were able to experience the newly updated building in what might have been one of the most anticipated cultural events of the fall, complete with food from famous Houston food trucks (like the Waffle Bus and Smoosh).

The updates were indeed worth the wait. New gallery configurations provide more wall space, allowing curators to spread artwork out and allow each piece its own ample viewing space. Each gallery is also more easily navigable, with clear lines of sight from one to another, abstaining from the more maze-like spaces so many other art museums maintain.

Eponymously named for the collection’s founders John and Dominique de Menil, the iconic gray building anchors the Menil campus and was designed by award-winning architect Renzo Piano (his other works include the Whitney Museum of American Art in New York City and the Nasher Sculpture Center in Dallas). While its modest exterior might suggest otherwise, the museum holds an impressive collection of art. Inside, the gleaming dark-stained wood floors contrast with the pristine white walls, while concrete louvers typical of Piano’s highly engineered roof systems filter light into the galleries below. Stepping into the African Art exhibition, the building’s inner courtyard is a pleasant surprise, flooding the space with diffused light and views of lush, soothing greenery.

Well-known for its surrealist collection, the Menil Collection dedicates an entire room to the works of René Magritte, including pieces such as “The Memoirs of a Saint” and “The Glass Key.” Also on exhibition are pieces from famed surrealists Max Ernst and Yves Tanguy. The museum’s early 20th-century galleries also devote plenty of space to De Stijl painter Piet Mondrian’s geometric compositions and sculptor Alexander Calder’s whimsical mobiles, in addition to painter Mark Rothko’s works, whose other works are also housed in the Rothko Chapel — another project founded by the de Menils. The west wing of the museum houses the modern and contemporary galleries, which include works by Yves Klein and Frank Stella.

A room is dedicated to a gift from Richard Serra, an artist known for his site-specific installations intended to alter the space they occupy. The piece, “Two Corner Cut: High Low” (2012), consists of two large black rectangles that almost fully cover the parallel walls of the gallery, sloping upward from the ground to create an optical illusion of the museum floor itself at an incline.

Now that the best art museum in Houston is up and running once again, make sure to check it out — it’s a surefire way to spend your Saturday afternoon, and it’s free. While you’re there, make sure to take a stroll around the area, visit the surrounding galleries (which are also free) and spend some time people-watching in Menil Park. Bonus points if you pack a picnic and take advantage of the nice weather as we transition into cooler months that make being outside a little more bearable.