Success without happiness: A eulogy for Mac Miller 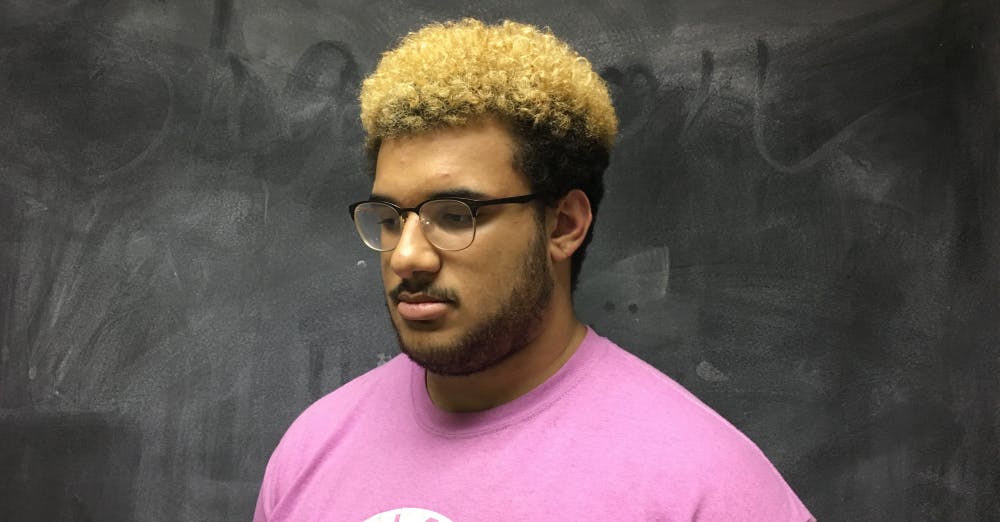 I was strolling back to my room from my mechanics lab session in Herzstein Hall, my final class of the week, as my ever-expanding list of commitments weighed heavily on my mind. Around the time I was on the sidewalk bound for my room, I heard a strange song selection reverberating through the entire campus from Sid 7th: “Self Care” by Mac Miller. I listened to the song bouncing off of Baker and pondered to myself, “Why are they playing this, of all songs?” While it’s a great song, I didn’t think it fit the mood of the environment. It’s a song more suited to private listening. It’s best heard as if he were in conversation with you, laying out his pain so you can connect.

Leaving this matter be, I traveled up the elevator and into a space of solitude to pack everything I needed for the retreat I would be attending that weekend. As I finished packing up, I took a break to see if the world had happened to break, bend or end while I was busy with my own life at Rice. So the first place I turned, of course, was Instagram. The first post to roll up on my feed was from A$AP Rocky: a picture with him and another artist seated in the studio. The caption read “REST IN PEACE KING, LOVE BROSAY” with a praying hands emoji. It took me about an eternity to realize that one, the man was indeed Mac, and two, that was the real reason why that song was playing from Sid that afternoon.

Mac was dead. A 26-year-old man who was just recently gearing up to do a nationwide tour, was gone.

I was still going to have to live my life, but that ghost that haunts all of us opened the door to my soul and settled in for the rest of the day. I was that mournful of him because I remembered that he was the first hip-hop artist, or artist in general, that I had heard who wasn’t widely recognized by the mainstream. He had earned a spot as one of my Pandora radio stations on back in sixth and seventh grade — a station that introduced me to artists I would come to love, including Kid Cudi, Lupe Fiasco and the legend that is Chiddy Bang (don’t @ me). But Mac Miller had a youthful swagger that seemed unique and struck a chord with me. Now, as I look back, I realize that the music he was making in 2011 and 2012 wasn’t really that meritable compared to that of his counterparts at the time. But I still rocked with him because even if this “frat rap” was full of inauthentic, empty boasts, the authenticity of his imagination, his roots, his positive energy and his dream showed me his potential. Though I saw him as an artistically immature artist, he was still “real” to me.

One particular song, “God Is Fair, Sexy Nasty” featuring Kendrick Lamar, reinforced this notion to me more than anything else. I found in that song maturity in Mac Miller as a person, a greater insight into who Mac really was and an improved artistry in his creation and execution — he was willing to test his boundaries. This is just one of  many examples, following his breakthrough album, “Watching Movies With The Sound Off,” of Mac Miller improving his craft and gaining respect from critics and the mainstream audience alike.

This newfound wealth must mean that his life is a dream, right? This means that he officially made it out of any real struggle in his life and his life is therefore elevated, right?

That could not be further from the truth. I could talk about how throughout Miller’s musical career, drug abuse and depression served as a motif that underlined his art. But honestly, what better evidence is there than his death?

In the wake of an overdose, mourners often blame those close to the victim. Some place the blame on the victim himself. But one person can only do so much.

The ultimate responsibility for Mac Miller's tragic end lies with all of us. All too often, we stigmatize and ostracize our most vulnerable brothers and sisters. His death should serve as a wake-up call for us as a global community: we must be more aware, more knowledgeable and more sympathetic toward those suffering from mental illness.

While mental health issues are pervasive in our society, they don’t get the attention they deserve. Mental illness doesn’t discriminate against any person regardless of race, sexual orientation, belief system, gender or anything else. Though the environment in which people grow up is very likely to affect their mental state in the future, the case of Mac Miller shows that even when one rests in the most comfortable of mattresses, night terrors can still haunt. They haunted Mac Miller as much as they haunt Demi Lovato, Danny Brown, the late Lil Peep and many, many more.

It’s vital that everyone strive to see and feel any pain that permeates through someone they love and let that someone know that they are there for him or her, especially when it comes to artists whose work serves as a form of creative therapy. That’s what being a good music fan is — being there and listening. It was especially hard to see one of the biggest Mac Miller fans I know say on their Snapchat story on the day of his death, “I was going to memorize all of the lyrics off of your album so I could be ready for the tour.” His music truly touched people. I hope he knew that.

I look at the cover of “Swimming” as I ponder all of this. Mac Miller sits with legs outstretched in what appears to be a dark box with a window looking out to a horizon surrounded by a field of pure white. This tremendous paradox between the title and the cover indicates how he feels both low and high with his profound drug usage, creating a numbness expressed by his face. He was swimming in sorrow while appearing to fly in ecstasy. Little did I know that would also foreshadow his drowning after the crash.

Rest In Peace to the kid out of Pittsburgh.