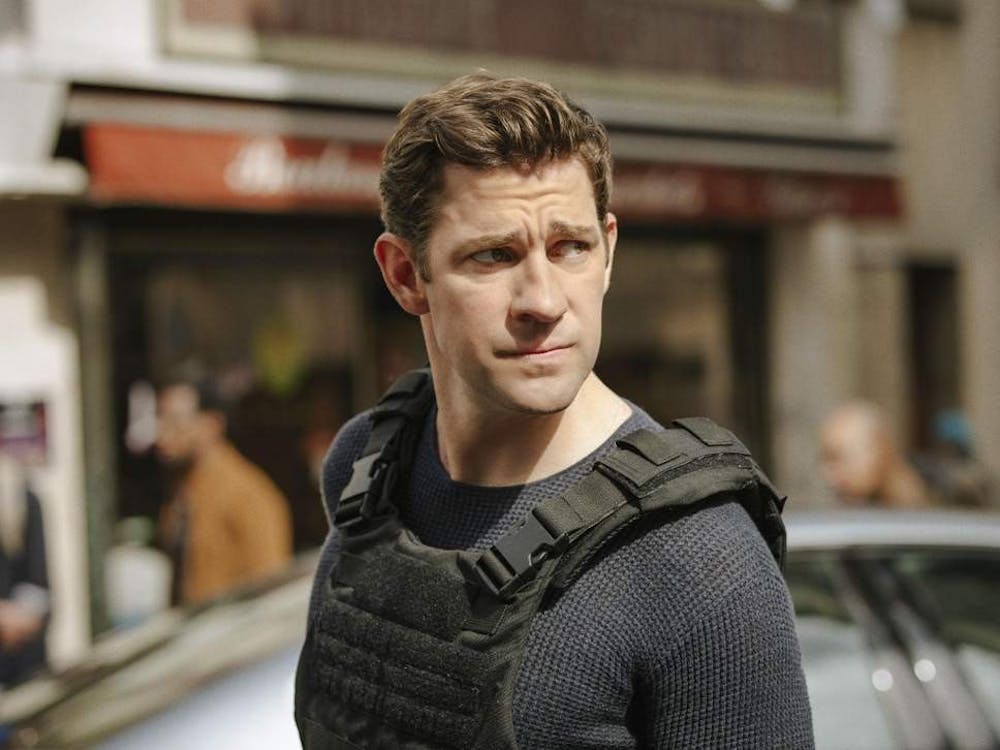 Inspired by the popular series of novels by the late Tom Clancy, TV series “Jack Ryan” stars John Krasinski in the eponymous role of an ex-Marine-turned-CIA analyst who uncovers a terrorist threat during his research. As a result of his discovery, Jack, alongside his tough new boss James Greer (Wendell Pierce), finds himself on the ground in a fight against terrorism, all while trying to maintain both his peace of mind and his relationship with his new girlfriend, Dr. Cathy Mueller (Abbie Cornish).

Krasinski is solid in his performance as the titular character. Though Ryan does not possess the same complex depth as many modern television protagonists, Krasinski does well by bringing a lot of the everyman charm that made him famous in his role as Jim Halpert on “The Office.” Wendell Pierce is quite entertaining as the difficult Greer, and Cornish is likeable as Dr. Mueller.

Nonetheless, the standout performances are those of Ali Suliman as terrorist leader Mousa Bin Suleiman and Dina Shihabi as Suleiman’s wife Hanin Ali. Suliman crafts a surprisingly sympathetic yet utterly evil villain. As the most well-developed character in the series, he is given a compelling backstory and nearly as much screen time as Jack Ryan himself. As his wife Hanin, Shihabi portrays a woman frightened by the man her husband has become and determined to protect her children at all costs.

The series’ overall production value is excellent, and it is evident from the first frame that Amazon invested a lot into this production. The cinematography is often interesting and well composed, more reminiscent of an action thriller with a hefty budget than a casual show on the internet. The action sequences are choreographed and filmed quite skillfully.

Despite this, the writing is not especially high quality. The season starts off strong, but the storytelling becomes more cliched and unbelievable as the episodes progress. The showrunners attempt to be realistic in their depiction of terrorism and the CIA in today’s world, but hokey plot contrivances continually undermine the show’s authenticity. The series appears to force events just for the sake of drama rather than allowing the story to develop naturally. This manifests itself in characters making decisions that contradict their established behaviors. Though all television dramas are technically manufactured, the great ones don’t feel like they are. “Jack Ryan” does.

If these plotlines concluded in a satisfying way, their artificiality would be less obvious. Sadly, many plot points that had great intrigue on their own end anticlimactically, making the overall viewing experience feel somewhat inconsequential.

While “Jack Ryan” is a competently crafted, decently entertaining action series with a wonderful cast of actors, the plot is sloppy and ultimately unsatisfying. If future seasons demonstrate improved writing, this could become a great show. In its current state, it lacks the merit to be classified as anything other than unremarkable.