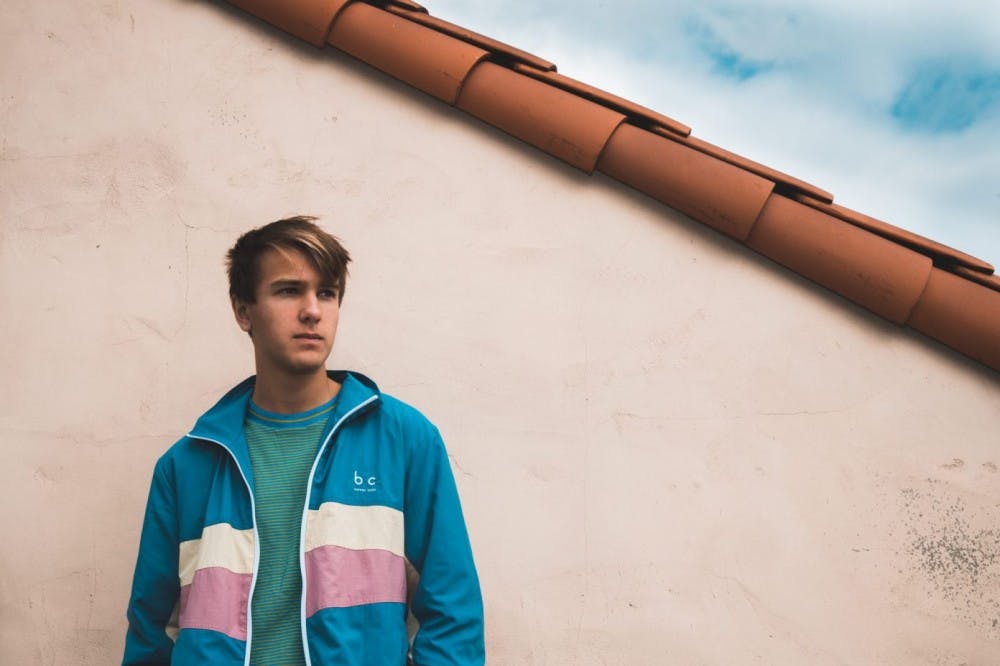 Pluko’s first album, “Sixteen” is relatively short, with a collective 36 minutes of new music. Despite this, each song is beautifully crafted, drawing upon a variety of other artists and styles within the genre.

It is clear that pluko is attempting to build upon the chill future bass style established in his previous works. The first track that does this “lost” which pairs nicely with “found,” another future bass-type track that creates the feeling of being on an alien spaceship. “forgiveness” has the highest energy out of the three distinctly future bass tracks on the album. With its intense and punchy bass, it mimics the style of Flume’s sophomore album, “Skin,” which features heavy basslines and majorly distorted synths.

Throughout this album, pluko also experiments with different beats that add more structure to an otherwise ambient sort of style. In “l o v e,” he uses melodic elements to create a rhythm that incorporates samples of his own vocals. The track “his perspective” features a hip hop-style beat and clear lyrics, also sung by him. In both of these tracks, the style of the vocals is reminiscent of Cashmere Cat and Mura Masa, who both use moody and muffled vocals to add more feeling to their works.

pluko has also decided to feature other vocalists on a few of his tracks. “need ya” features Nevve. With a vocalist, “need ya” falls more into the realm of the dance sub-genre (aka electronic dance music rather than just electronic) and is similar to singles released by Louis the Child and Kasbo.” pluko has also collaborated with the artist MoonZz on “asleep” which has a unique, moody drop reminiscent of some of Flume’s earliest singles,like “Insane” – both feature lots of vocal chops with pitch bending.

Each track has a variety of different elements that contribute to the album’s overall atmosphere. “flight” is one of the first tracks that really accentuates this feeling of a well curated atmosphere. The song is light and airy, creating the impression of floating in the sky among clouds. The track “pink.” manages to communicate a strong bittersweet, almost melancholy feeling that is prevalent throughout all of “Sixteen.” “thoughts” is more ethereal, like being in the presence of an angelic choir while “no, not yet” relies more heavily on bass elements and buzzy synths to build on this emotional outpouring touched on in the previous tracks. The last and perhaps the best track off of “Sixteen” is “d r i f t,” which is the longest and most well-developed track. It is extremely intense and cathartic, releasing all of the bittersweet emotions expressed in the previous tracks. At the end of the track, all of the sounds dissolve until there is only light breathing and the chirping of birds, bringing the album to a satisfactory close.