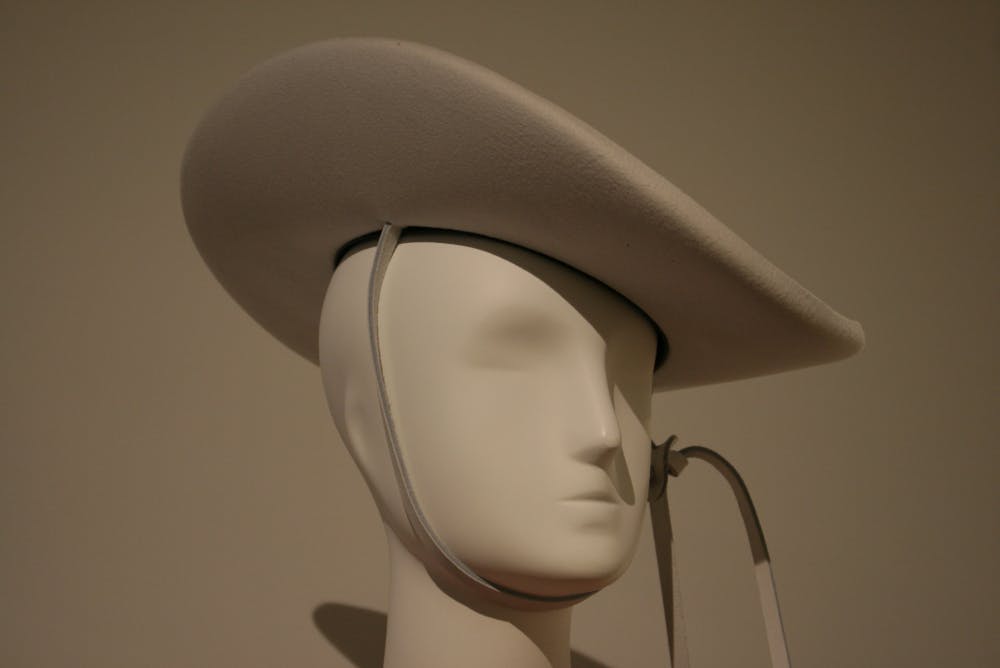 “It’s not about making the perfect photo,” said Bill Arning, director of the Contemporary Arts Museum Houston. Rather, it’s about immortalizing those imperfect moments of volatility that make art.

“Stage Environment: You Didn’t Have to Be There,” an exhibit highlighting the rich history of performance art at the Contemporary Arts Museum Houston, opened on Friday, Sept. 7. The museum collections include documentation of live dance, music and acting performances at CAMH from the mid-20th century to the present.

The collections offer a look into some of the more intimate, behind-the-scenes aspects of performances. There are many photographs that capture performers with poignancy, whether they’re leaping through the air or singing with passion. Other unique pieces outside the photography genre include blueprints for a blimp, flyers for CAMH’s first dance company and a short documentary about spending 24 hours in a gas station.

The collections come from a diverse array of artists, including Latinx, black and LGBTQ artists. One notable collection surrounds Terry Allen’s 1975 performance of what Rolling Stone called an “iconic concept album,” “Juarez Series.” It tells the haunting story of outlaws on the run with nothing but Allen’s dark, raspy, Texan country voice to guide them.

Located in the downstairs of CAMH, the gallery is very open, creating the illusion of vastness. There are also rooms that act as little theaters for some of the video projections which displayed recordings of past contemporary performances. Years are posted above each collection, creating a physical timeline for guests. Many of the pieces include headphones so the viewer can experience the full scope of any music or video being shown.

At the opening, the crowd in the downstairs gallery consisted primarily of older art enthusiasts, but as time went on, people of all ages began to filter into the exhibit. The collection is curated by Patricia Restrepo, exhibitions manager and assistant curator. I saw her describing detailed backstories from each of the collections to the guests. The atmosphere was intellectually and creatively stimulating as well as welcoming and friendly.

This year marks the 70th anniversary of CAMH, which has provided support for contemporary art not previously exhibited in other museums, according to Arning. Arning said the museum, which offers free admission and is open to the public, is committed to accessibility for the Houston community. Arning also said “Stage Environment” is important because documentation of art from the 20th century was significantly more difficult to capture and maintain. Commemorating a time when documentation wasn’t as easy as tapping your screen, the artifacts of performance become that much more captivating.

“Stage Environment” offers exquisite testimony to the idea that there is beauty in imperfection and furthermore, beauty in the making of art, not just showcasing it. The exhibit will be open to the public until Sunday, Oct. 21. Admission to the Contemporary Arts Museum Houston is always free to the public, and visiting hours as well as directions can be found at camh.org.