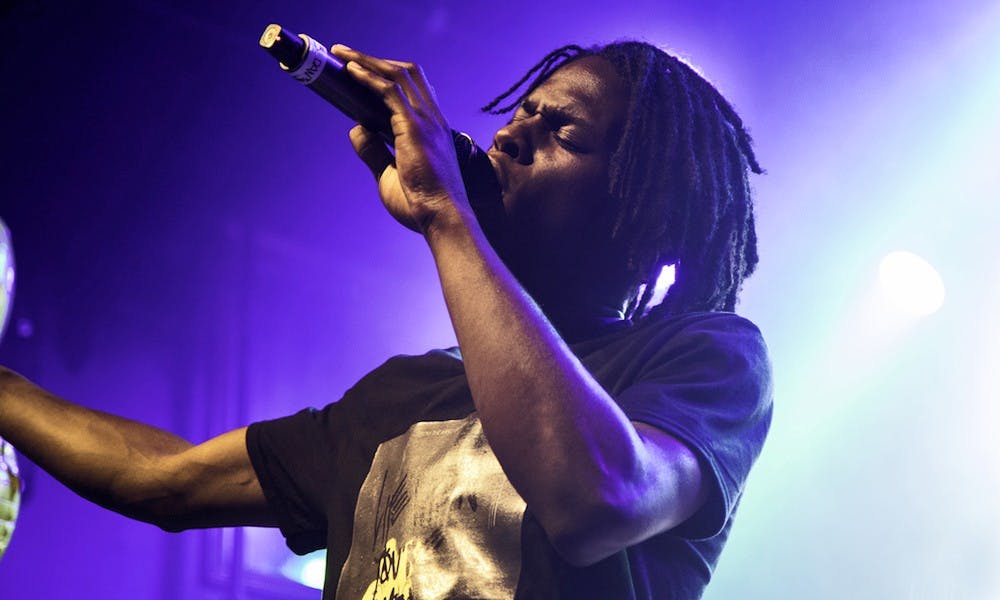 Photo courtesy of The Upcoming

The denim manufactured in Japan is regarded as the highest quality denim in the world and is made with unique Japanese machines – the last of their kind. It is with this sentiment that Daniel Caesar wrote and sang his song “Japanese Denim.” A love that lasts as long as a pair of Japanese denim jeans is a love that lasts forever.

When Caesar opened his Aug. 24 Houston concert with this song, I instantly fell in love. Despite the large crowd – which was substantially bigger than the one at his Houston concert last year – Caesar maintained an intimate connection with his listeners. The Caesar standing on the stage in front of me was still the same Caesar who sang soothing R&B to me through my headphones at night. He was still the one who pulled the inner hopeless romantic out of me. Except instead of playing softly into my ears, Caesar’s songs reverberated all around me. My heartbeat fell into rhythm with his drum beats, and his electric guitar accompaniment circulated through my veins.

Caesar’s voice was electrifying. It’s the kind of voice that instantly instills a need for affection and companionship. It was charged with such emotion, lust and passion that it jolted me into another world – one where all outside noises, worries and grievances did not exist.

But even before Caesar, Teyana Taylor had already set the intimate mood. She performed songs from her newly released album, “Keep That Same Energy.” Produced by Kanye West, the album features unique audio samples and soulful lyrics. Her performance served as an extension and reenactment of her stories, portrayed through dance moves, costumes and set projections. When she performed “Never Would Have Made It,” she brought her daughter (to whom she dedicates her success) out on stage. Projected behind her were home videos of her struggles to juggle both her blossoming musical career and her role as a new mother. Taylor effectively used music to impart her devotion and enthusiasm onto the crowd. When she closed her set with “Rose in Harlem,” she immediately amped up the crowd for Daniel Caesar.

During performances of his more popular songs “Get You” and “Best Part,” Caesar often held the microphone out to the crowd to sing along. Although we were not nearly as vocally talented as him, we belted our hearts out simply for the chance to sing with him. As the crowd serenaded, Caesar harmonized along before joining us in time for the chorus. In that moment, it felt that we were a pair of Japanese denim jeans, with a love that lasts forever.