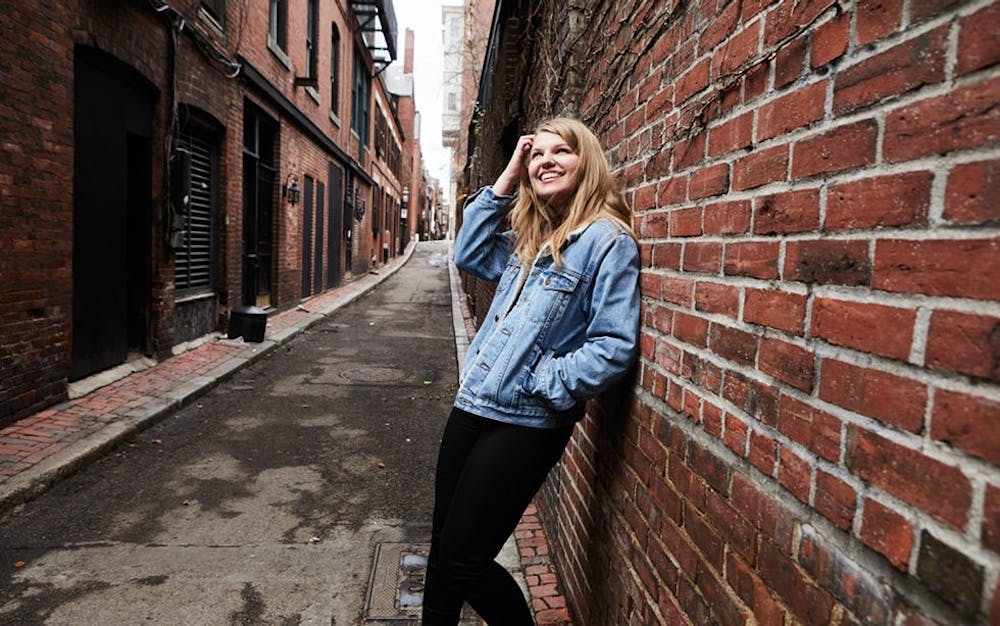 Brynn Elliott is not your ordinary pop star. Fresh out of Harvard University, Elliott combines her philosophy degree and songwriting abilities with the purpose of inspiring listeners to embrace themselves and take action. Since entering Harvard in 2014, Elliott has juggled schoolwork and music, taking time off from Cambridge to open for artists such as Alanis Morissette, Grace Potter and Brandi Carlile. Signed on a joint contract with Atlantic Records and Big Yellow Dog Music, Elliott is on a steady rise to fame.

Shortly after graduating from Harvard, Elliott released her first EP titled “Time Of Our Lives.” All five tracks reflect on her experiences as a college student, following themes of youth, love and rebellion. The EP adopts a laid-back, beachy-pop vibe that yearns to be blasted in the car with the windows down. While the lyrics lack maturity, the overall sound of the EP is enjoyable and impressive for a new artist. Elliott’s songs mimic those by artists such as Julia Michaels, Charlotte Lawrence and Katelyn Tarver, mixing delicate vocals with pop beats and feminist themes.

The first track of the EP is “Might Not Like Me,” an upbeat song (with almost two million streams on Spotify) centered around girl power. This anthem follows the story of an insecure ex-boyfriend who broke up with Elliott because of her strength and intelligence.  The 22-year-old sings, “Boy, lay down your pride … if you don’t like girls braver than you / Well then you might not like me.” “Might Not Like Me” encourages girls never to be ashamed of their power, especially in a society that encourages women to remain soft spoken and delicate. While the message is powerful, the song comes off repetitive and Disney Channel-y, perhaps targeting an audience of middle schoolers. I wish the song offered more angst and variety in its composure, helping its tone match the strength of it’s lyrics.

The next track, “Internet You,” is a standout on the EP due to its relaxing beat, addictive melody and relevance to today’s usage of social media. Elliott sings of a “picture perfect” boy whose Instagram persona is a mere illusion. His true damaged and guarded real-life persona reminds listeners that social media is not representative of reality. This song boasts the best of Elliott’s songwriting abilities, elevating the EP from juvenile to noteworthy. I hope to see Elliott’s music follow the same direction as “Internet You,” as this track is perfect for pop radio.

The titular track, “Time Of Our Lives,” is a cliche song with many cringe-worthy lyrics (note: “every day we’re alive is the freaking best”). However, if you can get past the questionable lyricism, the song is actually pretty catchy and fun. It’s very much the type of song to be played during a romcom montage, where the main characters are shopping, laughing and doing whatever else fake teenagers do. If you’re the person who enjoys the music played in Hollister stores, then this is the song for you.

While Brynn Elliott’s debut EP is not the most complex of albums, it is fitting for moments when you want to feel optimistic or empowered. Although the lyrics could use improvement and her style more maturity, Elliott is on the track toward pop stardom with beats and melodies that are on par with those of other big names in music. Don’t sleep on this Harvard graduate; with some growth and time, I predict she’ll be all over the Billboard charts.