To All The Boys I've Loved Before review 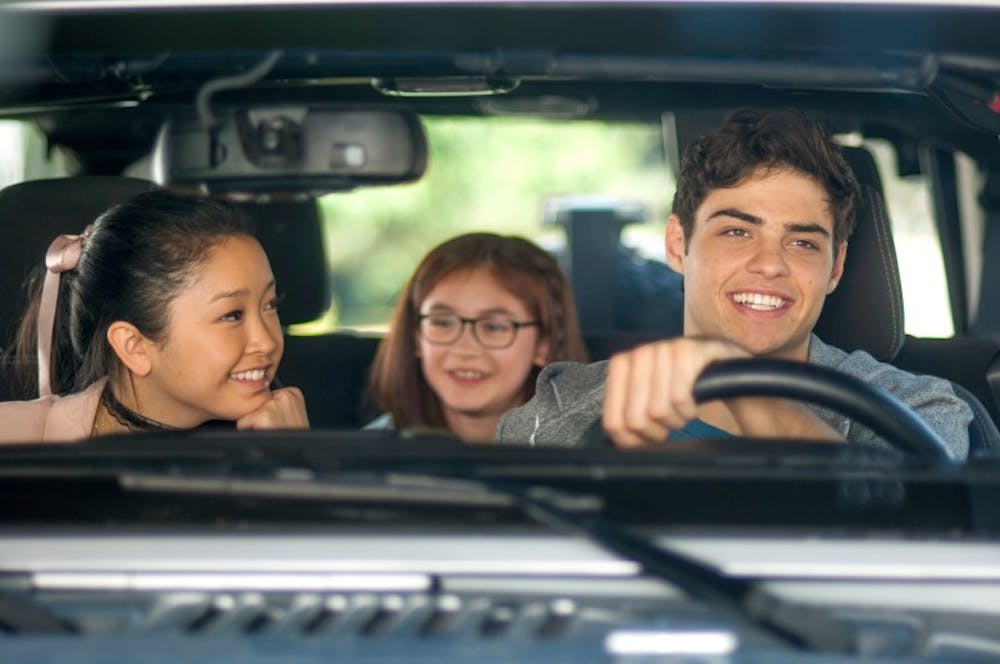 I almost never forgave Netflix for “The Kissing Booth,” but then came “To All the Boys I’ve Loved Before.”

The film focuses on 16-year-old Lara Jean Covey (played by Lana Condor), an awkward and naive Korean-American teen who prefers to stay invisible. Despite her introversion at school, she has a strong relationship with her family, especially her two sisters, Kitty and Margot. One day, the five love letters she secretly wrote are sent out to her crushes, and she has to scramble to save face. This involves faking a relationship with one of the recipients, Peter Kavinsky (Noah Centineo), to make sure her true crush Josh Sanderson (Israel Broussard) doesn’t know she likes him.

Upon initial observation, the plot seems to offer the same tropes as many other cheesy romantic comedies. The male lead is popular. The mean girl is after the female lead’s man and an unlikely relationship forms between the two main characters.

But if there is one word to describe the film, it is endearing. There is a sweetness and wholesomeness to the film that leaves viewers delighted and reminiscing about the thrills of having a high school crush. While other modern romantic comedies may choose to focus on booze-filled high school parties, “To All the Boys I’ve Loved Before” instead emphasizes innocent, traditional romantic gestures that melted my heart. (My friends and I squealed in delight when Peter vowed to write Lara Jean a love letter every day.) The film also addresses heavier topics; Lara Jean questions her sexual maturity and often voices her concern of growing up too quickly. The protagonists bond over their shared struggle of living in broken families — Lara Jean’s mother died young and Peter’s father left his family.

Though some scenes may border on cheesy, the superb acting and cast chemistry direct the viewer’s attention to the interactions between characters. Centineo, in particular, has instantly been labeled as a teen heartthrob with this breakout role. I especially enjoyed Condor’s performance as Lara Jean. She plays the role with ease, and she is able to deliver raw emotion as well as she delivers comedy. Together, the two mesh very well as both friends and romantic partners.

I also found it incredibly refreshing to see an Asian-American character on screen. This in addition to the release of “Crazy Rich Asians” this summer has given the general American population a greater glimpse of Asian representation in cinema. I love that this film stars an Asian lead who is not built upon the typical stereotypes: short, submissive and probably wearing glasses. Lara Jean is neither a foreign exchange student nor a weird, quiet nerd who never speaks up. Condor instead succeeds in portraying Lara Jean as a normal American teenager going through typical high school problems.

My only major criticism of the film stems from my love for the original trilogy of novels by author Jenny Han. Parts of the film moved a little too slowly or did not seem to have as much emotional depth as they did in the books. One pivotal moment in the novel (I won’t spoil it for you; please read the book!) is completely omitted from the film, which reduces the gravity of the movie’s climax.

Although some may dismiss “To All the Boys I’ve Loved Before” as just another high school rom-com, the film captures the essence of high school love so purely. Personally, I’ve already watched this movie twice this week, but I’ll be watching it a third time for the fun of it. After all, I think most viewers -- myself included -- secretly want to find our own Peter Kavinsky.