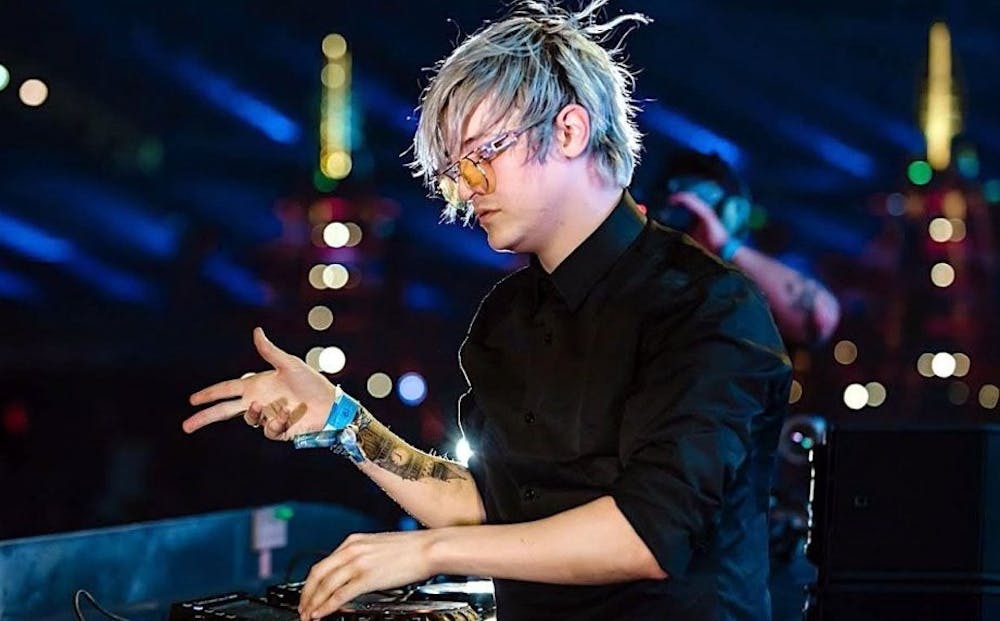 In a summer where electronic music seems to be shifting toward pop, there are a few artists whose unique tracks introduce new electronic styles and push the boundaries of the genre. Unlike the artists that use predictable drops or try to wedge Kendrick Lamar’s “Humble” into every set, these artists are developing complex subgenres such are hardstyle. Here are a few unique tracks that I highly recommend listening to for anyone looking for new electronic styles.

Wavedash collaborated with Quest in a new three-track EP titled “Devil Music.” This EP perfectly encompasses Wavedash’s style, which can be described only as bass- and synth-heavy, a breath of fresh air in the hardstyle genre. The eight minutes of new music and fresh drops introduced by this EP definitely leave listeners hungry for more.

The Jadu Dala label has been fervently releasing singles the past few months, showcasing lots of talented small producers. One of their most enjoyable singles is “Lagg” by Krischvn. It starts off as a somewhat funky future bass tune but then makes a complete 180-degree turn by diving into a bass-heavy and trippy drop, very reminiscent of artists like Born Dirty. The cartoonish sound effects spliced into the track accentuate the rhythm and maintain the song’s dynamics, which is sure to keep listeners on their toes.

Ghastly recently released a track with Barely Alive, titled “Fake U Out.” While it begins with the clangy synth style of a hyperhouse track (think house but faster paced and more bass focused), it quickly skyrockets into a high-pitched, almost anxiety-inducing drop, punctuated by heavy kicks that move it into the jungle terror subgenre. The second drop is slowed down a bit and sprinkled with more wubby bass effects, making the song very intense. Jungle terror is a subgenre that is less noticed than other subgenres, appealing to a niche audience because of its unique sound (similar to dubstep). Bigger artists like Ghastly and Barely Alive, whose fans are already used to their hardstyle vibes, are able to make genres like jungle terror more accessible by introducing their audiences to those types of sounds. Overall, this is track is worth listening to because it is a refreshing take on a somewhat oversaturated subgenre, hardstyle.

Krayysh reworks his remix of Kill The Zo

“Part I,” a track by Mat Zo and Kill The Noise collaboration Kill The Zo effortlessly combines the styles of both artists into a dynamic track. It combines bass-heavy drum’n’bass sections with chiller, guitar-infused melodic breaks. The song’s popularity prompted many artists to remix it. Of the remixes, Krayysh’s recently-released “re-remix” stood out. It begins with a slightly faster-paced acoustic melodic section like the original track, but then completely breaks into a bass- and synth-heavy drop that transforms it into a complete banger. Although this remix is about half the length of the original track, it preserves the metamorphic feel that Mat Zo and Kill The Noise sought to create with “Part I” and includes such a dynamic bassline that rejuvenates a 4-year-old song into something new and refreshing.

On the chiller side of electronic, after a week of teasing on Instagram, Mura Masa finally released a new single, “Complicated,” featuring the supremely talented vocalist NAO. This is the second time he has collaborated with her (the first being on the track “Firefly”) and as they did on that track, her vocals give flair and energy to Mura Masa’s laid-back style. The drop is somewhat subdued in this track, creating a more relaxed atmosphere, as Mura Masa tries to focus more on the rhythm and subtle flourishes of the piece rather than use any overpowering synths or bass.

It’s clear from these summer releases that artists are starting to build upon their respective subgenres and add to the complexity of the electronic scene. As this trend continues, it’s quite possible that artists will borrow from each other’s styles to the point that they are no longer restricted at all to one particular subgenre.