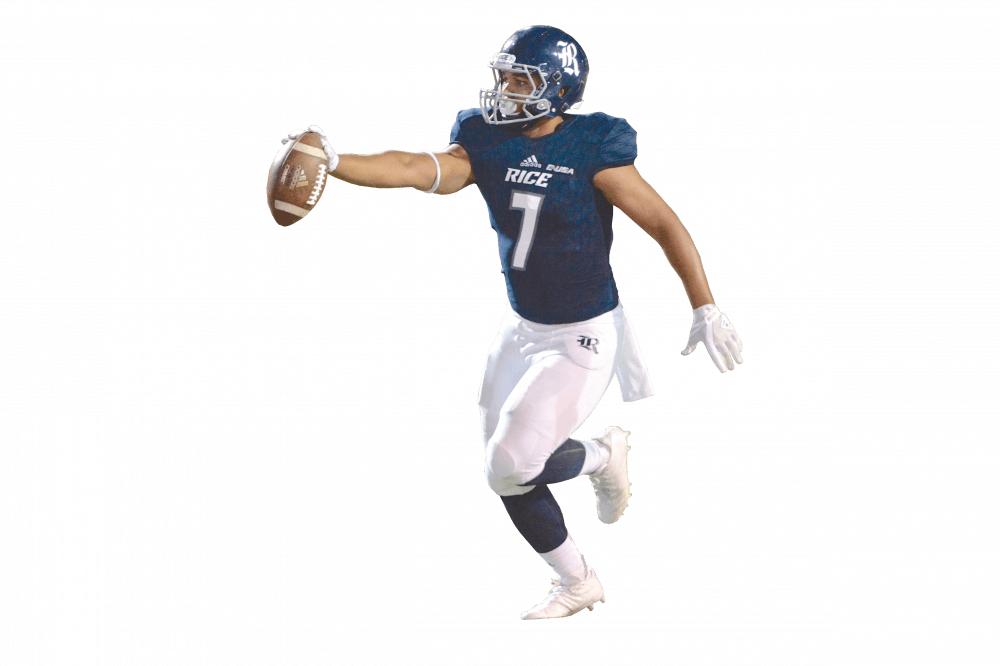 New season, new coach, new opening-day quarterback … new record? Rice’s football team has undergone an upheaval during this past offseason, but the full impact of these changes will only be seen as the Owls embark on their 2018 campaign.

David Bailiff, the Owls’ head coach from 2007 to 2017, was fired at the end of last season after the team posted a 1-11 record. In his place, Rice hired new head coach Mike Bloomgren, who previously served as the director of offense at Stanford University. Under Bloomgren, the Cardinal scored 32.3 points per game last season, the 34th-best in the country. In comparison, the Owls averaged 16.2 points per game, making them the 7th-worst offense overall.

Now Bloomgren faces the task of replicating some of that west coast success in the heart of Texas. One of his first steps toward achieving this is implementing a new culture around Rice football.

“The main thing [the coaching staff is] instilling in the players is that everything matters in this program,” Bloomgren said. “We want them to understand that we do the little things around here. We understand that this is a process, but if our players can commit to getting better every day and committing themselves to the process, we believe good results will come.”

The Owls are coming off of three straight losing seasons, but Bloomgren said he is pleased with his team’s attitude and progress during the offseason.

“I don’t think I get the sense they have a discouraged mindset; this is a resilient group of guys,” Bloomgren said. “For them to go through everything they have gone through and to continue to show up every day trying to get better is very much appreciated by our staff.”

Bloomgren will have plenty of opportunities to see whether his words have taken root in his players. In addition to its usual litany of Conference-USA conference opponents, Rice also plays five non-conference opponents, including Prairie View A&M University, Louisiana State University, Wake Forest University, the University of Hawaii and cross-town rival University of Houston at the Bayou Bucket. During these games, according to Bloomgren, the Owls will receive help from newcomers as well as many returning veterans.

“We have several talented players that I think will really have productive seasons,” Bloomgren said. “I’d have to start with guys that have played a lot of football here, guys like [junior defensive tackle] Zach Abercrumbia, [junior defensive tackle] Roe Wilkins, [graduate senior defensive end] Graysen Schantz and [senior offensive lineman] Sam Pierce. I really feel like we have an extremely talented [running back] group led by [senior] Austin Walter and [junior] Emmanuel Esukpa. I also have to mention [senior kicker] Jack Fox here; he is a stud. These guys have all been extremely productive over the years and we are expecting the same from them this year.”

Even with old faces anchoring the team, the Owls’ opening-day offensive leader will be someone new. Sam Glaesmann, last year’s starting quarterback, has transitioned to wide receiver. But even without Glaesmann, Rice still has six quarterbacks on the roster, including a graduate transfer from Vanderbilt University and two true freshman. As a result, a quarterback competition has been underway since the beginning of camp.

When asked about the quarterback depth chart, Bloomgren declined to name a starter, but offered an update on the selection process.

“There are several very talented [quarterbacks] in the room and only one can start,” Bloomgren said. “I am very pleased with the amount of progress that group has made since the spring. I would say right now [graduate transfer] Shawn [Stankavage] and [junior] Jackson [Tyner] are really leading that competition at the moment. For us, it is going to be about who can put us in the best possible situation to win football games. That means not turning the ball over, getting our offense in the best possible play and [being] a master of our system. We will not make a decision on the starter until later in the week of our first game.”

According to Bloomgren, both Stankavage and Tyner will have the opportunity to play in Rice’s opener.

The Owls open the season at home on Aug. 25, facing Prairie View A&M University at 6 p.m. Admission is free for Rice students upon presentation of valid Rice ID.