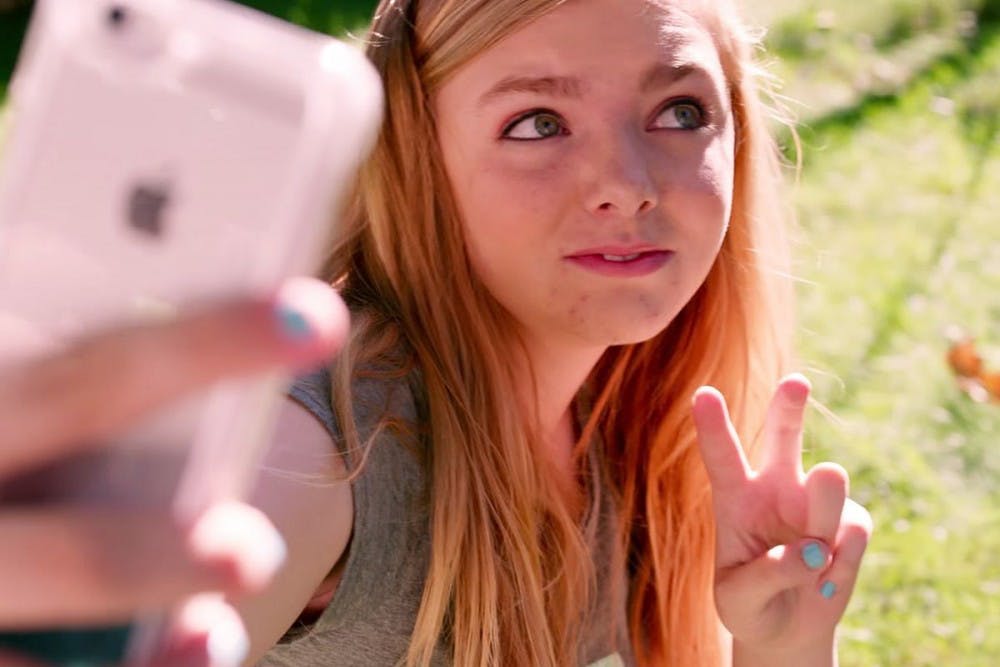 In performance art, passion projects are rarely successful. With so much creative authority consolidated in one person, the final product is generally too much of one thing – too cerebral, too eccentric, too preachy, etc. – to the point of either hindering or debilitating the performance. However, “Eighth Grade,” written and directed by stand-up comedian Bo Burnham, is an incredible exception. The most obvious proof that the movie is a passion project is that it flouts the norms about coming-of-age movies and has an R rating slapped on top of it. For a movie ostensibly about eighth graders and technology’s effects on present-day adolescence, an R rating would seem to literally keep its target audience out of the theater. But adding dark, R-rated scenes into a teen comedy feels perfectly in line with Burnham’s stand-up acts, which regularly see him couching discussions about his crippling anxiety and self-doubt in fun-loving, upbeat comedic songs. (For a taste of what I mean, look up his Kanye rant at the end of his “Make Happy” special. Better yet, watch the whole special.)

The story of “Eighth Grade” centers on a girl named Kayla Day, played by Elsie Fisher, as she goes through her final year of middle school. There are many well-developed storylines and lots of really touching moments, but Burnham’s script doesn’t really seem to have an overarching linearity to it. I walked out of the theater with a stronger memory of the feelings I had during the movie than of the plot itself.

And there were feelings. So many feelings. Burnham possesses the unique ability to evoke a wide range of emotions with very subtle and specific moments, and when combined with Fisher’s incredibly vulnerable portrayal of Kayla, the result is magical. The power of this pair shines especially bright during a pool party scene, which seizes on the most inane moments to portray Kayla’s anxiety about the event -- a directing choice which is hard to pull off on its own but impossible without an incredible actor. It is difficult to remember how terrifying the most benign things were for all of us in eighth grade until a painfully detailed reminder of those emotions is brought before us. And the mere fact that we can see and believe others going through that pain makes us feel that we were not alone in our suffering, which is deeply therapeutic. Thus, the most fascinating aspect of the movie was how it used its specificity to achieve a universality.

I would be remiss if I did not mention another key mechanism the movie uses to achieve its specificity: its modernity. This theme is best encapsulated in a moment when Kayla’s single father Mark (Josh Hamilton) is discussing Kayla friending someone on Facebook, and Kayla furiously shouts back at him “Nobody uses Facebook anymore!” Burnham actually credits many of those nice touches to Fisher, who helped him tweak the script as they shot the movie.

The movie is fantastic in its own right, but I think its themes are particularly potent as we start a new academic year. New students facing anxiety as they try to fit into a new environment will take comfort in seeing Kayla -- and by extension, everyone’s eighth-grade self -- dealing with many of the same problems. Returning students will see themselves in the group of high schoolers whom Kayla befriends; they will see how she looks up to the high schoolers to an extent neither she nor they fully comprehend, and be both heartened and cautioned by the consequences of that admiration. And I think parents will identify with Mark, who tries the best he can to understand and convey his love for his child, while never being sure that he can fully understand what she is conveying back to him.

“Eighth Grade” is an absolute must-see movie for anyone who is, works with, or has a child under the age of 25. When awards season comes, don’t be surprised to see nominations for Burnham’s script and direction, Fisher’s performance and the movie as a whole. It ranks among the most successful high-profile passion projects of all time. 5 stars