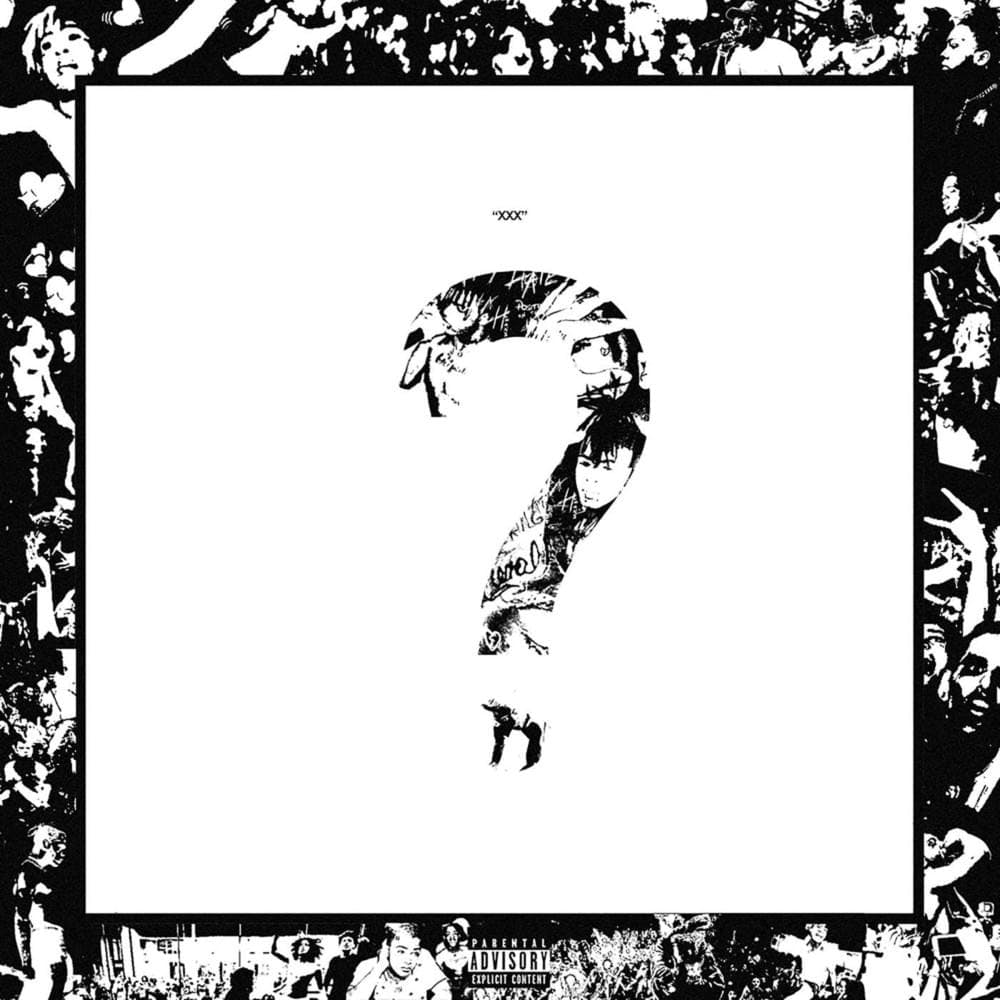 In the past year, XXXTentacion has expanded beyond his SoundCloud following to become one of the most controversial artists in popular music. Despite (or maybe because of) X’s notoriously violent reputation, his latest album “?” debuted at number one. His disjointed second studio release is aptly titled, as it will leave listeners puzzled. Speaking as someone who has been listening to X since well before his major label releases and has enjoyed his music (while being appalled by his real-world acts of aggression), I’m confident saying that “?” is weak. The album’s popularity may stem from public fascination with X’s assault charges or his overall edgy and reckless brand, but it definitely is not a reflection of its quality.

“?” starts off with a spoken introduction, in which XXXTentacion instructs his listener to approach the album “open-minded, feeling [his] insanity, feeling [his] genius, [his] energy.” Ironically, what is lacking in the 18 short tracks is feeling. In his previous work, X has successfully conveyed intensity. Yet when he’s angry on “?,” he’s not enraged like he was in older songs like “Look at Me” and “SippinTeaInYoHood.” When he expresses sadness, it isn’t the same devastation as on his first studio released album, “17,” or his early SoundCloud work like “Vice City.”

There is a palpable air of compensation on the whole album: Maybe he provocatively titles one of the tracks “Schizophrenia” to make up for its mediocrity, or dedicates “Hope” to victims of the Marjory Stoneman Douglas High School shooting so that the listener might overlook its uninspired music and unintelligible lyrics. Nevertheless, the album is reminiscent of a botched art project with buzzwords scribbled across it at the last minute — it’s like he’s trying to mislead the audience into believing they’re missing a deeper meaning.

That said, “?” does have its highlights. A handful of the songs are memorable and mindless in a fun way — a prime example is “$$$.” You can’t help but bop your head to its auto-tuned enthusiasm about getting money. Aside from that, “The Remedy for a Broken Heart (Why Am I So in Love)” is a melodious display of melancholy. It’s a hit among misses in the sea of half-hearted sadness that defines “?.” Additionally, Joey Bada$$’s feature on “Infinity (888)” contributes to a well-rounded, successful track that is surprisingly laid-back given its lyrical hostility directed toward other rappers’ lack of creativity.

A notable, albeit somewhat out-of-place, addition to the album is the very listenable “I Don’t Even Speak Spanish LOL.” It features three underground Floridian artists, and the end product is a half-English, half-Spanish mélange of cliché lyrics. Still, it’s undeniably catchy. If you’re the kind of person who confidently shouts all the wrong words to “Despacito” or fondly looks back on your enthusiastic off-rhythm dancing at Latin Pub Night, this is a song for you. If you’re a person who actually listens to reggaeton, the song — in all its corny glory — will get stuck in your head regardless.

Separating an artist from their work is an often-faced moral dilemma. Conversely, it seems that XXXTentacion’s audacious public image is the driving force behind the commercial success of “?.” The album has some compelling songs, but that seems statistically inevitable given it’s comprised of 18 attempts. The dozen subpar tracks also set the bar low enough that the standalone quality of the better few is questionable. At the end of the day, if X’s defining trait is being high-risk, his work should at least be high-reward, which “?” falls short of. 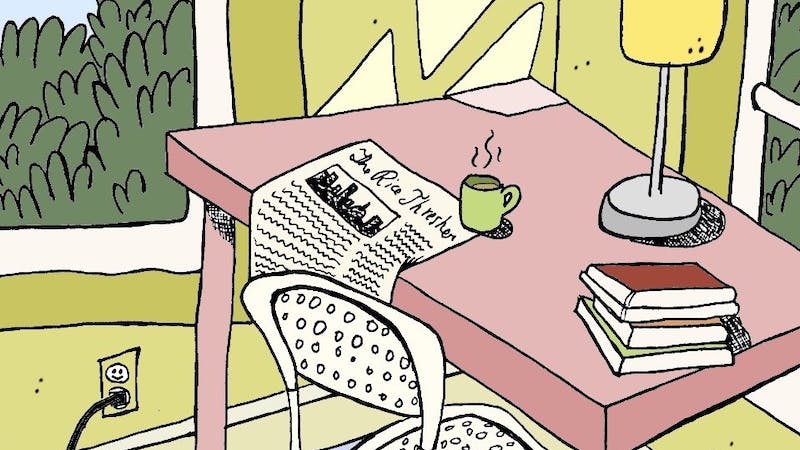 Back in April, the Thresher compiled a playlist of songs submitted by students that made them feel more grounded while swimming in the sea of COVID-19 chaos. Now, seven months and a seeming lifetime later, the series is back for a second installment, “Songs For Quiet Time Pt. 2.” We asked the same two questions to those who submitted music: What songs or artists have been helping you get through self-isolation, and how have they helped you do so? 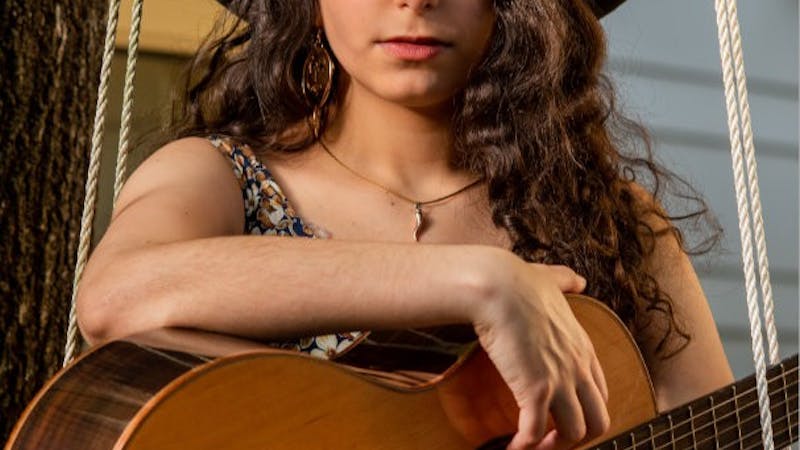 Forgotten Gems: A conversation with Amanda Pascali on the bittersweet teenagedom of her self-titled EP

I am obsessed with seventeen. It’s the transitive property, really: I’m obsessed with music and music is obsessed with seventeen. Ever since McCartney howled “she was just seventeen” and Hammerstein celebrated “sixteen going on seventeen,” bands from Marina and the Diamonds to The 1975 have celebrated this liminal year. Seventeen is the terminus of the slow death of childhood but prior to the rude awakening of adulthood. It’s when you sneak out of the house or read philosophy or, in my case, listen to Amanda Pascali. 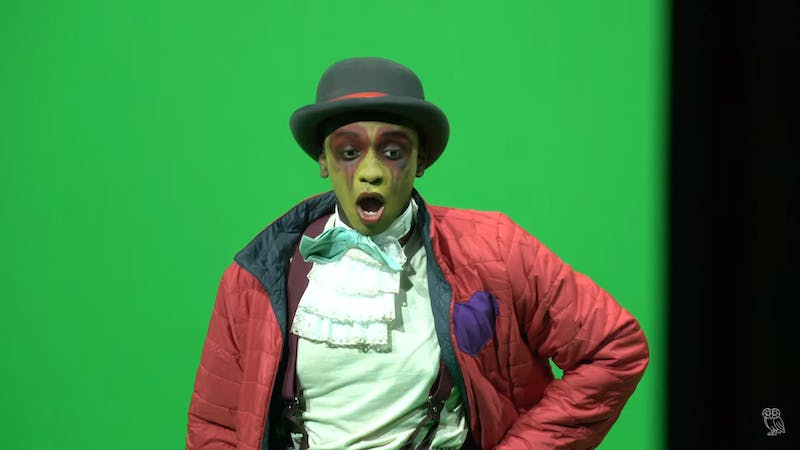 When ground broke in 2017 for the construction of the Brockman Hall for Opera, no one could have predicted that the first show in the new hall would be one without an audience. The new hall, equipped with a three-tiered, 600-seat European-style theater, the first of its kind according to the Shepherd School of Music’s website, amongst all U.S. conservatories and universities, will be completely empty for its pre-recorded and lip-synced showing of the little-known chamber opera: “Der Kaiser von Atlantis.”