Tell me what it really means to be South Asian 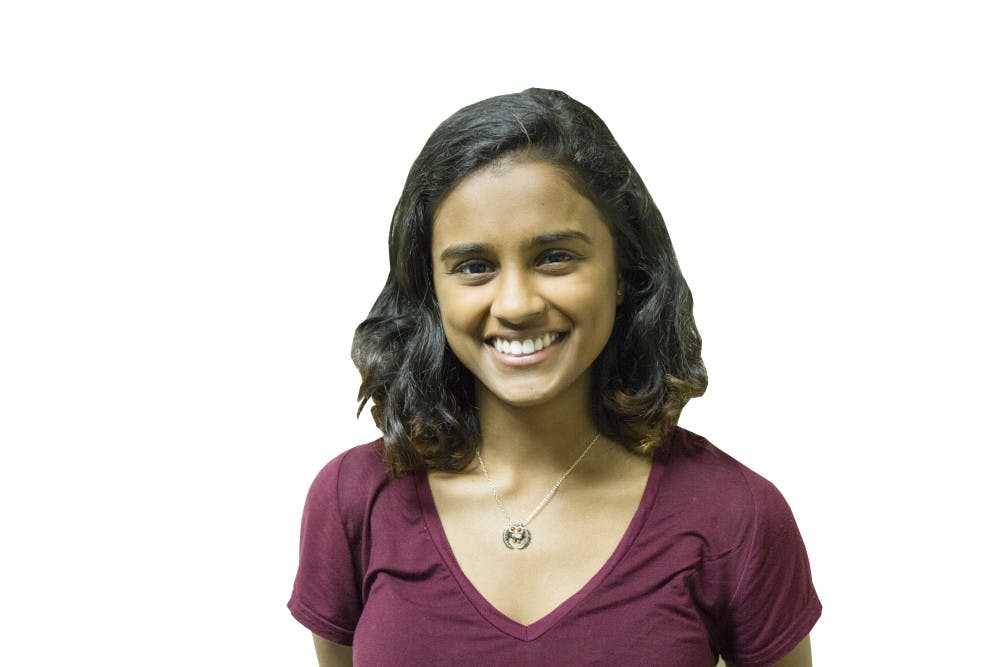 I grew up surrounded by Indians who would automatically speak to me in Hindi. Why was I expected to know Hindi? I felt immense guilt and would apologetically explain that I speak Tamil, a South Indian language. My immigrant parents raised me to be fluent in reading and writing Tamil. Yet I was ashamed for not knowing popular Bollywood films or the “quintessential” Indian music because I felt that was crucial to being perceived as culturally Indian.

I expected Rice to be more conducive for comprehensive dialogues surrounding cultural identity and not to be a part of this more pervasive pattern I had noticed growing up. My expectations were shattered when I found the primary South Asian undergraduate cultural organization on campus glorified a mold with which I have never identified. I found that in order to feel comfortable participating in their activities and events, I had to fulfill certain characteristics:being a fair-skinned North Indian, speaking Hindi and being familiar with Bollywood films.

While claiming to be an organization for all South Asians at Rice, the South Asian Society caters to the experience of the North Indian Hindu. Playing primarily Hindi music at events, celebrating only Diwali and Holi and inserting GIFs from only Bollywood films into Listservs seem like harmless results of the SAS Executive Board serving popular interest. However, we must reflect on the assumptions that dictate these decisions. Historically, there has been a growing divide between North and South India. Despite significant differences in culture, the Indian experience is predominantly equated to being North Indian. South Asia is also a conglomeration of many other countries besides India: Nepal, Bangladesh, Bhutan, Sri Lanka, Afghanistan, Pakistan and the Maldives. If I, as an Indian, feel excluded by SAS, then I can only begin to speculate how accessible SAS is to the broader South Asian community. Beside Hindus, there exist South Asians who identify as Muslim, Sikh, Jain and Christian.

It is imperative that SAS questions how it uses its social capital on campus in allowing for the expression of minority cultures and religions. Despite there being more prominent Hindi speakers on campus, it is the obligation of SAS to shape dialogue about inclusivity so that SAS itself does not play a role in furthering the perspective of a singular South Asia. If we find ourselves justifying the actions of SAS by saying that it is the voice of the majority and the popular, then we are part of the problem.

Promises of increased inclusivity have been made by SAS presidents, and current efforts like screening the stand-up comedy film “Hasan Minhaj: Homecoming King,” which discusses the overall Indian-American childhood experience, are appreciated. However, these events should not be the exception and should not exist just to check the inclusivity box. It is encouraging that both platforms of those who ran for 2018-19 SAS co-presidents prioritized planning events for Eid, Pongal and other festivals that demonstrate the cultural and religious heterogeneity of South Asia. However, tangible changes need to occur for SAS to be truly inclusive beyond mere words on presidential blurbs. The Executive Board needs to actively reach out to members outside of their social circles who hold various religious faiths and cultural beliefs to spark discussion and change. It is not the burden of those outside the SAS norm to justify that their traditions be at the forefront of SAS. Cultural shifts can be difficult to enact, but I trust that SAS has the social capital and means to shift the conversation on what it really means to be South Asian.