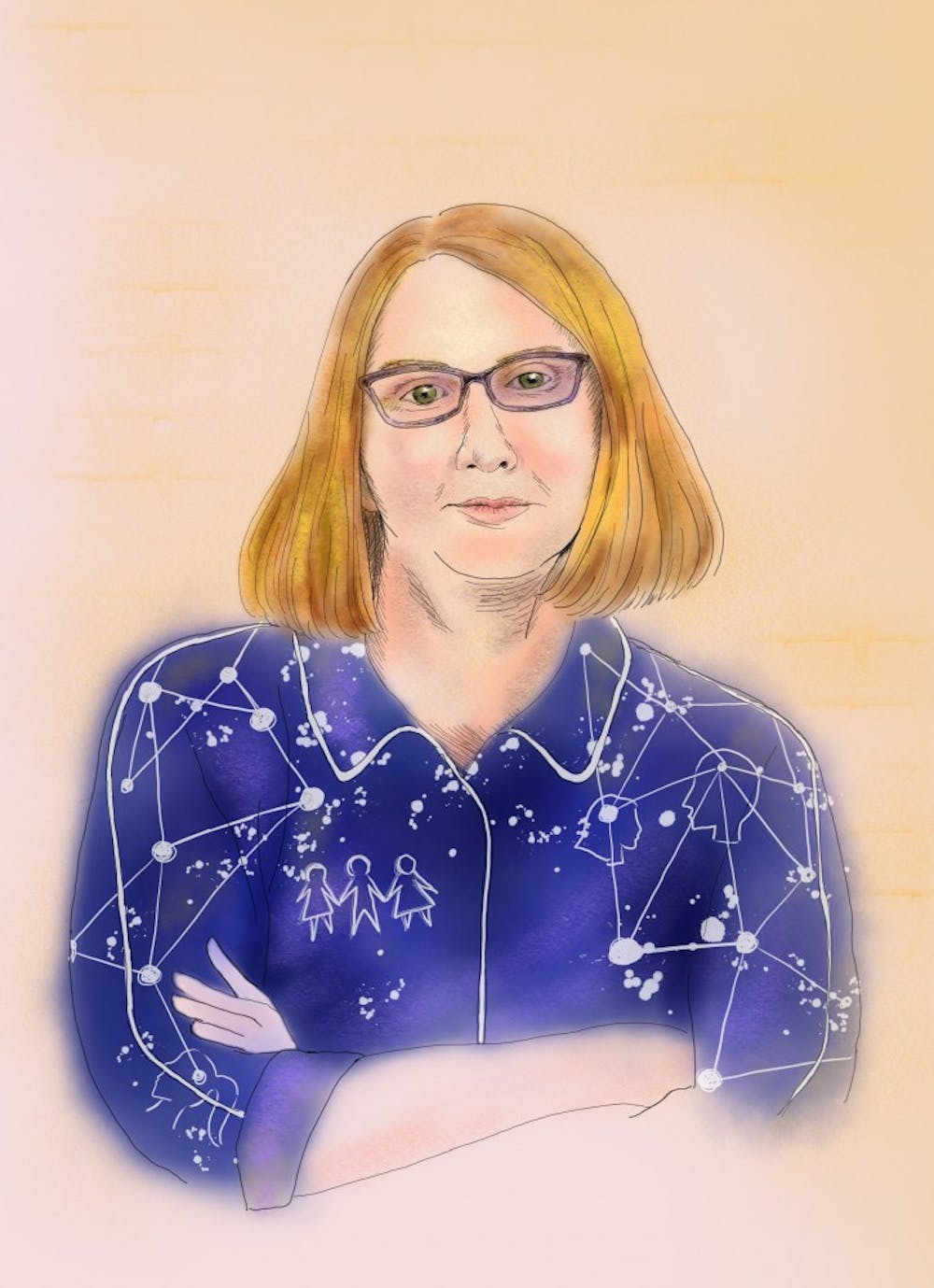 Bridget Gorman has spent the last seven years caring for the approximately 350 students at Will Rice College. Starting in July, she will take 3,500 more under her wing.

Gorman, who is magister at Will Rice and chair of the department of sociology, will succeed John Hutchinson as Rice’s next dean of undergraduates on July 1, 2018.

Gorman said she applied to be dean because she cares very deeply about undergraduate life at Rice.

“Being dean of undergraduates to me means being involved and attentive and being a good listener,” Gorman said. “[It means] thinking about what does it mean to be at Rice, what are our values, what is our culture and how can we continue to make changes and continue on with what we’re doing going forward in such a way that we’re enhancing that.”

Gorman was selected from an applicant pool of approximately 30 applicants by Provost Marie Lynn Miranda and President David Leebron with the help of a search committee chaired by Dean of Graduate and Postdoctoral Studies Seiichi Matsuda, according to Matsuda.

When Matsuda and the committee began their search, Matsuda said they were looking for someone who had garnered the respect of students, staff and faculty across campus. He said Gorman fit this criteria perfectly.

“She is simply someone who everybody on campus respects at the highest level,” he said. “Regardless of what filter they’re using to assess a person, she seems to come out on top on everyone’s assessment.”

Gorman said she and her husband began discussing the possibility of her applying for dean about a year ago. Although she considered holding off applying until later in her career, she ultimately went forward with the application.

“I was just attracted to the position, and for whatever reason my gut said that this was the time to do it,” Gorman said. “As much as I can be a plotter and a planner in making all different kinds of decisions about things, a lot of my major life decisions I’ve gone with what my gut says to do, and generally speaking, those have been the right decisions.”

Gorman will be stepping down from both of her positions as sociology department chair and Will Rice magister.

“I’m stepping down from both of those positions at the end of June, but now stepping into an even bigger job by being dean of undergraduates, so there’s [going to] be a period where I’m figuring out the day-to-days of my calendar to what are the big priorities that I have,” Gorman said.

Gorman will also be giving up her year-long sabbatical, which all magisters receive at the end of their term, to take this position. She said the loss of sabbatical does not faze her.

“My sabbatical will still be there when I’m done,” she said.

Former Will Rice President Michael Devine, a senior, said he worked very closely with Gorman during his term.

“Dr. Gorman has had to deal with some difficult situations as magister, yet she has always had the right response to those situations,” he said.

Gorman said she is eager to build relationships and hear what students, faculty and staff want to see from her as dean.

One conversation that Gorman said she wants to continue is regarding sexual harassment and assault on campus, which she said she believes is one of the most pressing issues facing Rice. She said she hopes to continue improving the Critical Thinking in Sexuality workshop and using data to gauge its success strengthen the program.

“We were ahead of the curve in terms of our Title IX office,” Gorman said. “I’m a data person, so I’m [going to] be really curious to see the data on that and make sure that we are continuing to have a culture here that’s doing as much as we can to make sure that we can have as low a number as possible of persons who have been victims of sexual harassment or sexual assault.”

As a sociologist, Gorman has studied the disparities between racial and gender groups in health and well-being. Gorman said her focus on diversity and health will carry over to her position as dean.

“Our students are academically excellent, but also have different things that they need to help them excel and achieve the most that they can,” Gorman said.

Matsuda said he believes Gorman’s academic background sets her up to be an excellent dean.

“Bridget’s scholarship is about fairness,” he said. “She studies the disparities in outcomes based on health. That kind of mindset, to be a person who’s looking for fairness, and looking for positive outcomes for everybody, it’s really a great academic background for this position.”

The search committee, formed by Miranda, was composed of two undergraduate students, nine faculty members and Associate Provost Matt Taylor. The provost formed the committee with the intention of garnering representation from across the university, according to Matsuda.

The committee narrowed the applicants down to a group of finalists, and then forwarded those names to Miranda and Leebron, according to Matsuda. Matsuda said he was glad to see how many qualified applicants there were.

“The hard thing is that there’s so many great people who are so well qualified and willing to take on this very demanding role,” Matsuda said.

Gorman said she looks to Hutchinson, who has served as dean for eight years, as a role model for how she should do her job.

“I think John is a tremendous leader,” Gorman said. “I think he’s had a very good eye on the whole division and during his time has gone through bit by bit, piece by piece, what’s working, what can we do better.”

“I think she’s popular with students and really respected by her peers on the faculty, by administrators here,” Leebron said. “I think the most important aspect is really the level of trust both in somebody’s judgement and somebody’s competence.”

The position of dean of undergraduates was created in 2005 when Robin Forman, who is now provost at Tulane University, became dean. Hutchinson took over the role in 2010 for a five-year term, and then accepted a three-year extension when Miranda became provost.

Matsuda said he is excited to see what Gorman will achieve as dean.