​Owls drop series to WKU for first time ever 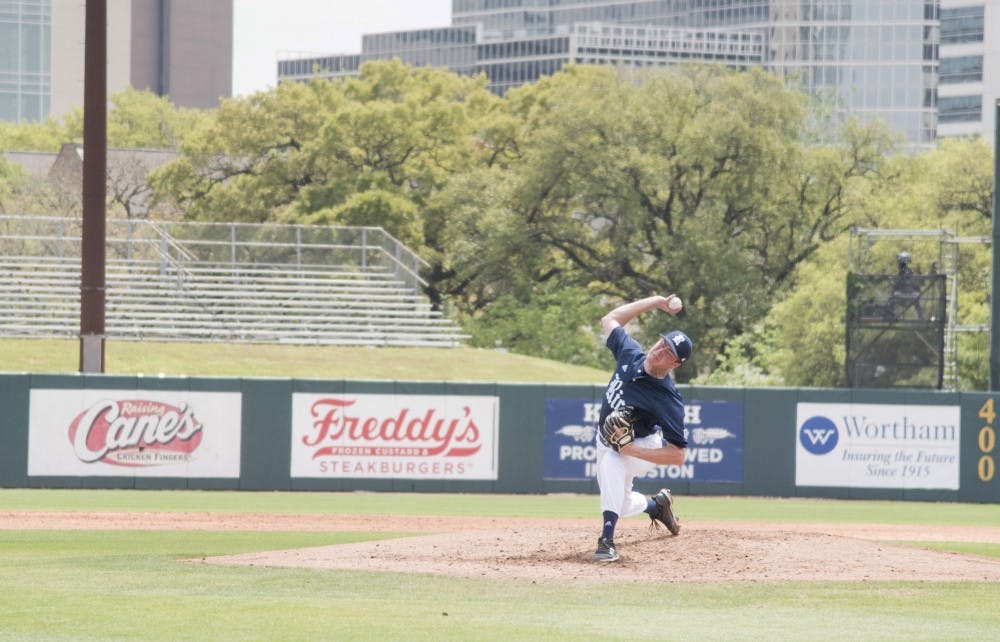 While most Rice students spent the weekend enjoying their second Christmas (or third, if you hail from Baker College) of the year at Beer Bike, the members of the Rice baseball team spent their weekend facing Western Kentucky University, dropping two out of three games to the Hilltoppers to fall to 10-16 on the season.

During Sunday’s 4-0 loss, starting freshman second baseman Trei Cruz was ejected early in the game, much to the confusion of Owls players and coaches.

According to head coach Wayne Graham, the Owls still don’t know exactly why he was tossed.

“We are still trying to decipher why it happened,” Graham said. “From what I’ve heard, he was ejected for a sign at the umpire, but our players said he did not do that. They said the other team was yelling at him and he made some sort of sign at them. So I don’t know. If we can get anything on film we will try and find out, but it’s kind of weird, because he was in our dugout when they kicked him out.”

The Owls were unable to muster much offensive production throughout the series, recording only four extra-base hits. In their final outing, the Owls managed only four total hits in contrast to the Hilltoppers’ 10.

Graham said that he was displeased with his team’s performance in final game and in the overall series.

“We did not play well at all because we didn’t hit well for one thing, and you’ve got to hit with runners in scoring position and we didn’t do that well,” Graham said. “Today we had the opportunity to win the series, and we just didn’t hit anything against a pitcher who just threw strikes, he doesn’t walk anybody, and you’ve got to hit him, and we didn’t. We just had a bad day with the bat.”

According to starting right fielder Bradley Gneiting, who extended his hitting streak to nine games in Sunday’s contest, the Owls’ offensive woes were not due to a lack of effort.

“[Sunday] we obviously didn’t hit well, but we hit all right all weekend,” Gneiting said. “The effort was there, stuff just wasn’t falling for us and stuff was falling for [WKU]. So we were catching some unlucky breaks, but we need to keep working on playing together as a team and keep working hard at doing our job so we can get it to the next guy.”

In a bright spot for the Owls, sophomore Matt Canterino threw a one-hitter on Friday night, leading the Owls to a 4-0 victory, their only win of the series. Canterino won the Conference USA Pitcher of the Week Award for his performance.

Graham said that he was pleased with Canterino’s play.

“Canterino pitched a wonderful game Friday,” Graham said. “He just completely dominated, and when you do that, you’re gonna win.”

After this weekend’s games, Rice dropped to 10-16 on the year, and 1-5 in conference play. The Owls currently sit in last place in Conference USA and are out of the conference tournament picture. Only the top eight teams make the tournament.

According to Graham, the team has to improve quickly.

“We better turn it around in a hurry if we are even going to make the tournament,” Graham said. “1-5 is a horrible start, but we have talent … We gotta realize that we don’t have many more to lose, we gotta start winning in a hurry. Every game matters.”

The Owls’ next opponent is the No. 12 University of Southern Mississippi Golden Eagles, whom they play from March 30 to April 1 in Hattiesburg, Mississippi.