​‘Love, Simon’ imagines coming out as a universal experience 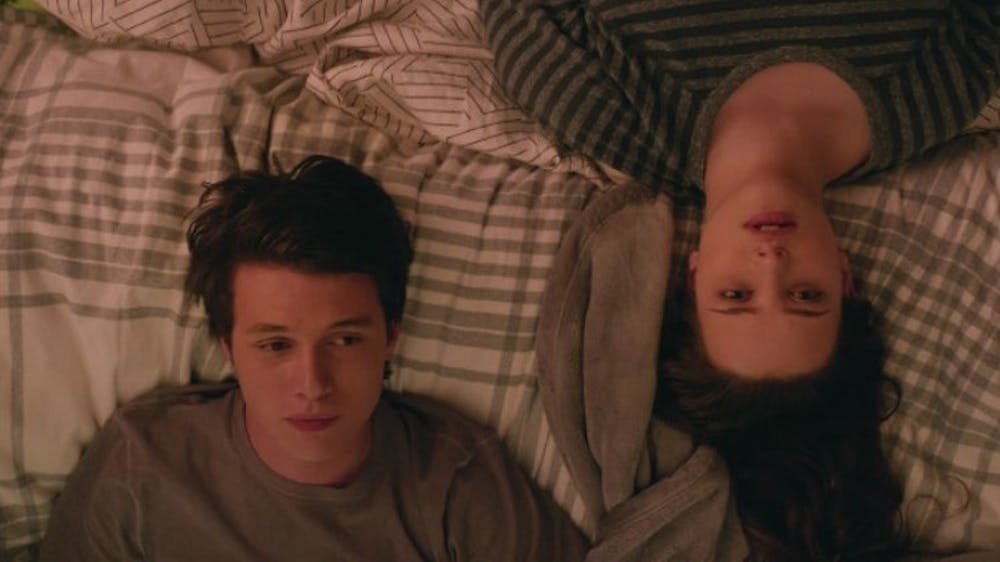 In the last two awards seasons, “Call Me by Your Name” and “Moonlight,” proved that films about people from underrepresented populations can still be incredibly successful. While these films put butts in seats with their target audience, the LGBTQ community, straight moviegoers flocked to the cinema to see them too. “Love, Simon,” is the latest entry in this successful string of LGBTQ love stories. But “Love, Simon” differs from its predecessors with its wide release and its big-studio funding. Based on the book “Simon vs. the Homo Sapiens Agenda,” by Becky Albertalli, and starring Nick Robinson (“Jurassic World”) in the title role, “Love, Simon” further demonstrates that LGBTQ stories have something for all of us.

Simon Spier is a student at suburban Creekwood High School. He’s got liberal-minded, loving parents and a culinarily-talented younger sister. Every morning, his three best friends, Leah, Abby and Nick, carpool with him. The four of them are typical seniors, counting down the days to graduation and wondering what will come next. But, Simon’s got one “hugeass” secret that, in spite of his progressive environment, he’s afraid to tell the world — he’s gay. The only person Simon feels comfortable telling his secret to is “Blue,” whom he meets via his school’s Tumblr page and develops an email correspondence with. But when Martin, his overbearing co-star in the school’s musical, discovers the emails and threatens to use them for blackmail, Simon finds his budding relationship with the anonymous “Blue” and lifelong relationships with his friends threatened, not by his secret itself, but by the lengths he goes to in order to keep it.

Though he may be a 22-year-old playing a 17-year-old, Nick Robinson does a fantastic job of keeping the audience in the palm of his hand and taking them into Simon’s headspace. He never fails to display little hints of why coming out is such an arduous decision for Simon to make. From the tears that suddenly well in Simon’s eyes upon realizing Martin’s blackmail intentions to the pained expressions on Simon’s face as he manipulates his friends to satisfy Martin’s demands, Robinson keeps his performance achingly real. While some viewers might not initially get why Simon doesn’t just come out, especially considering his supportive environment, Robinson continually reminds us of how high the stakes are for Simon. In turn, we are reminded of our own teenage years, where, in our quest to find ourselves, everything was a big deal and every day was an emotional roller coaster.

Written by Isaac Aptaker and Elizabeth Berger, the showrunners of NBC’s wildly popular “This Is Us” TV series, the film’s screenplay may contain some precocious dialogue here and there. But, where Aptaker and Berger really knock it out of the ballpark is with their ability to portray the growing pains of finding one’s identity as a young person. It is thanks to this impressive strength in their writing that Robinson is able to give his remarkable performance. Further congratulations are extended to them for the film’s older characters, especially Simon’s parents and his school’s assistant principal, who, despite their generational gap, make so much effort to understand their teenage charges.

In an interview last year with Entertainment Weekly, “Love, Simon” director Greg Berlanti, who is openly gay, said that he finds coming out to be a universal experience. “Everyone sort of goes through it, where you let the world know who you really are,” he explained. Simon would concur. At one point in the film, Simon says, “Announcing who you are to the world is pretty terrifying. Because, what if the world doesn’t like you?” Whether your “hugeass” secret is that you’re on the autism spectrum or you’re bisexual or you hate your major, “Love, Simon” loves you the way you are. It has such heart that it will inspire you to share your beautiful self with the world.