​GTA relies on their old formula with ‘Death to Genres, Vol. 3’

The EP preserves the eclectic style GTA established with “Good Times Ahead,” but it does not build on the approach and simply produces some run-of-the-mill, solid electronic music. 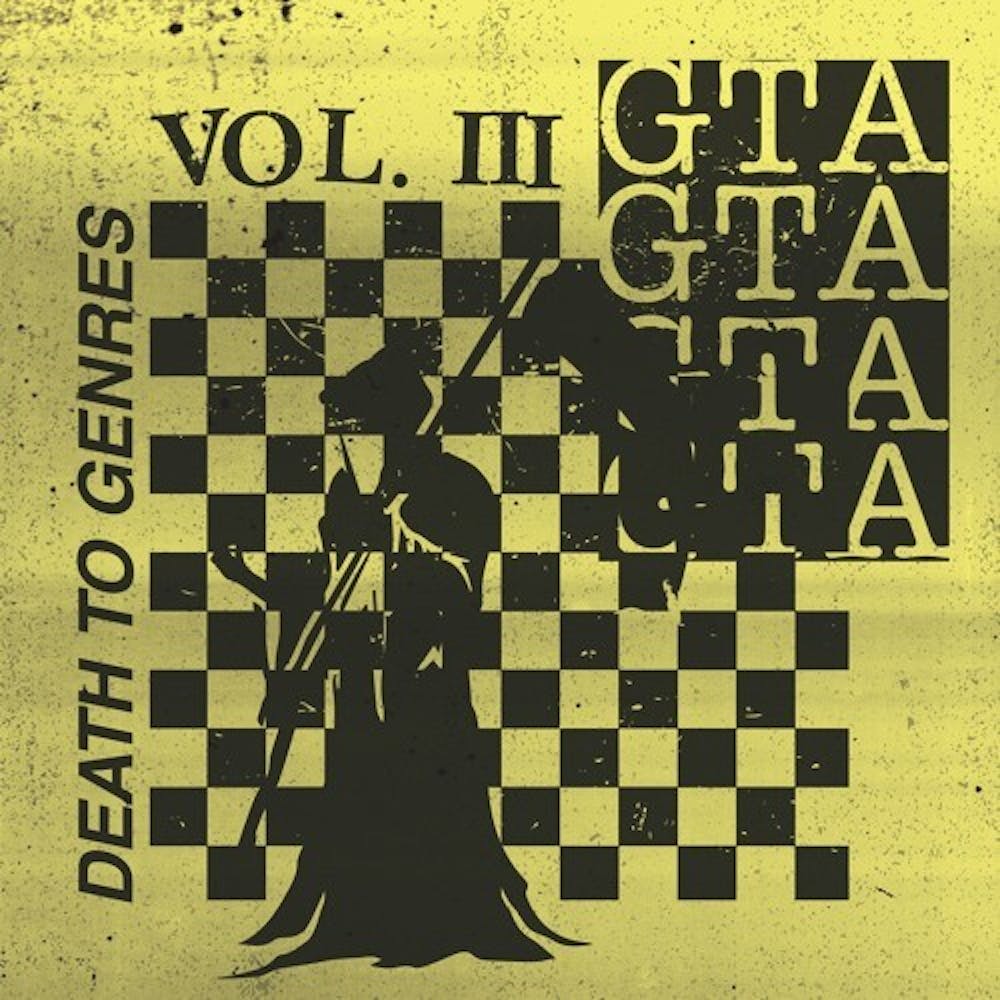 “Death to Genres, Vol. 3” is the latest EP release by the dynamic duo known as GTA. It definitely maintains the eclectic flare of their first album, “Good Times Ahead,” while mixing in the hype vibes of their live shows. However, their first album set an amazing precedent which isn’t exactly followed by this EP.

The first track, “I Can’t Hold On,” is definitely the weakest of the group. It’s the collaborative effort of GTA,Wax Motif and Dillon Francis and features another amazing electronic artist, Anna Lunoe, on vocals. This collaboration should have yielded fantastic results, considering the popularity of “Get It All,” a track off of GTA’s debut album that also featured Wax Motif. I had hoped “Death to Genres, Vol. 3” would include Dillon Francis’ moombahton style (a type of electronic music that combines house with reggae) and maybe even added some hyperhouse elements, which Anna Lunoe is famous for. Unfortunately, “I Can’t Hold On” is at best a tame hyperhouse track and at worst, a run of the mill house track that could be played on any electronic dance music radio station.

“Money” is probably the most interesting track off of the EP because it combines garage punk with more hard-hitting trappy drops. It features the vocals of Zac Carper of FILDAR and oddly reminds me a bit of “Rock the Casbah” by The Clash. The drops in this song are fairly intense and have both hyperhouse and trap elements which keep them from being too overwhelming. There has been a push in the electronic community, especially in the more “hype” genres, to make drops more dynamic and increase the variety of sounds used within each drop. While this can add more complexity and keep every track and artist from sounding the same, it has faults as well. GTA subscribes to that idea in this track, but it takes away from the overall rhythm and makes the drops clunky. The song is already complex enough with its garage punk elements and the drops are just too mismatched with Zac’s vocals.

GTA is associated with a bass heavy sound (bangers) which is reinforced by their energetic live shows. “Step It Up” very much encompasses this style. Most tracks of this style tend to be around two minutes long, so at three minutes, it gets a bit repetitive and loses some of its intensity. This collaboration with Baauer produces the classic banger track you would expect from these artists and “Step It Up” is a solid track overall. The final track of the EP, “Dun Dun,” combines a pulsing rhythm with somewhat comedic repetitive vocals to form a solid house track, sure to be played at many future GTA shows.

“Death to Genres, Vol. 3” features a lot of collaborations with some pretty noteworthy electronic artists but these do not produce the dynamic music that they had the potential to. “Death to Genres, Vol 3” preserves the eclectic style that GTA established with their first album, “Good Times Ahead,” but it does not build on the approach and simply produces some run-of-the-mill, solid electronic music.