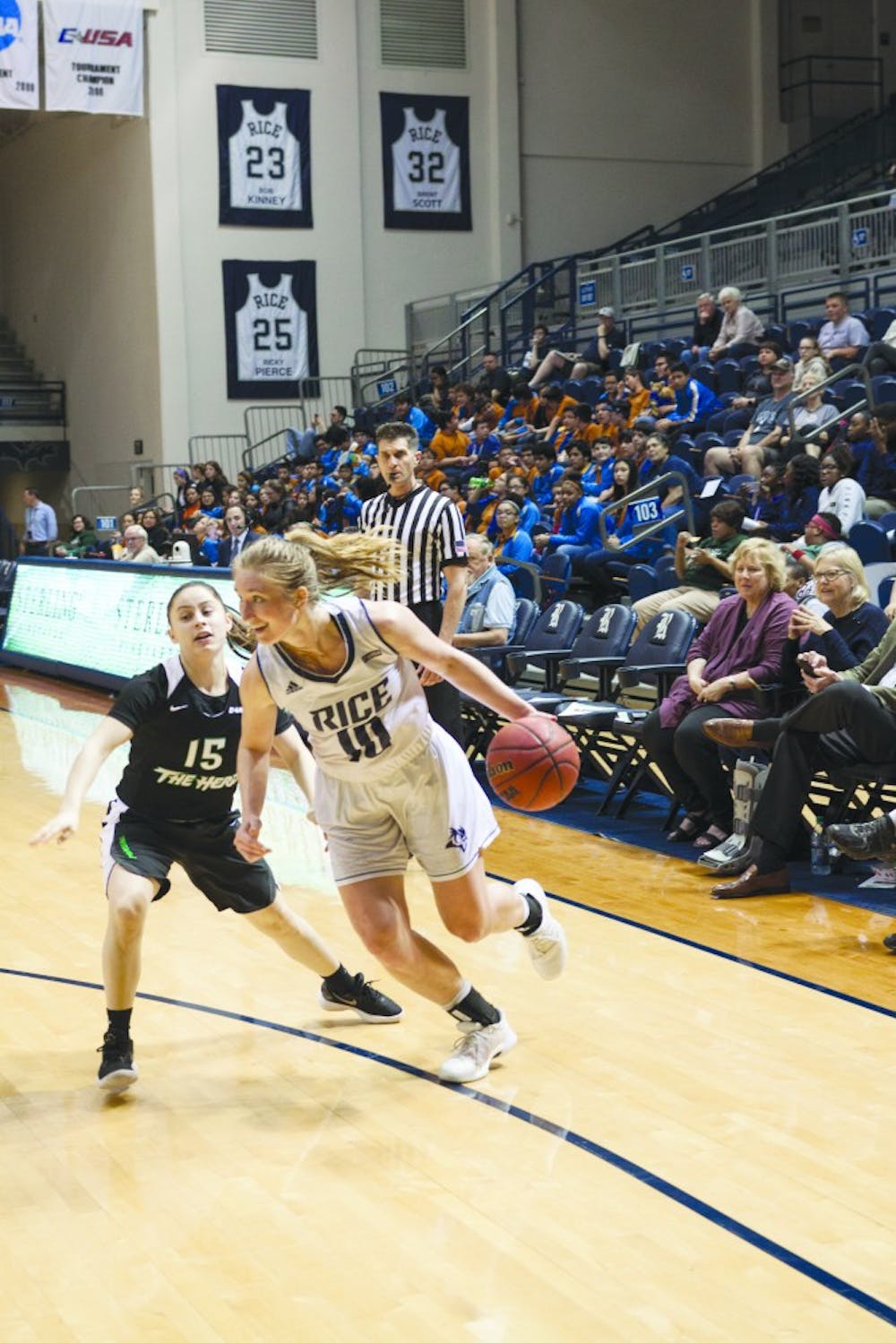 As the only senior on the Rice women’s basketball team, guard Wendy Knight has found a way to balance a busy life as a double major in mathematics and computational and applied mathematics with her demanding basketball career.

On the court, Knight has demonstrated continued improvement since her freshman year, when she averaged 2.6 points and 1.1 rebounds per game and made just 26 percent of her 3-point attempts. Since then, she has increased her scoring each year, now averaging 10.6 points and 3.7 rebounds per game while shooting a career-high 41 percent from deep. But despite her scoring proficiency, Knight said the team’s success this year is not just due to her strong play.

“I feel like it’s definitely a team effort,” Knight said.

Knight began playing basketball in first grade, with her dad serving as her first coach. However, she said it was not until seventh grade that she realized she wanted to play in college.

Knight graduated from Ronald Reagan High School in San Antonio in 2014, finishing her high school basketball career with a record of 122-20 over four seasons. In her senior season, she led her basketball team to a 28-5 record and was rewarded for her hard work on the basketball court with a multitude of awards. That year, she was both a McDonald's All-American nominee and the San Antonio Express-News Player of the Year.

This year, Knight has helped lead Rice’s women’s basketball team to a 19-7 record, including a 9-5 mark in conference play. Knight said she has been impressed by the team’s play so far this season.

“[This season has] probably exceeded my expectations,” Knight said. “I know this team is always capable and it’s really fun to see how far we’ve come since we first started playing together.”

But though she’s played a big part in the team’s success so far, Knight does not plan to pursue basketball after graduating from Rice. Instead, she said she will continue studying computational and applied mathematics.

“I plan to go to graduate school,” Knight said. “I’m still waiting to hear from a few more, but I’ve already been accepted to a few.”

Last year, she and her teammates won the Women’s Basketball Invitational Tournament. According to Knight, winning the title revealed that the team is capable of accomplishing much more over the next few years.

“It was definitely a confidence booster winning the championship,” Knight said. “It also showed us that we can go to bigger tournaments such as the [National Invitational Tournament] and NCAA [Tournament] and having those as goals in mind has definitely led to more achievements from our team.”

In order to make the NCAA Tournament, Knight and her teammates will need to win the Conference USA Tournament and learn from last year’s two-point loss in the quarterfinals against Middle Tennessee State University. The first round of the 2018 C-USA Tournament will begin on March 7 in Frisco, Texas.