​“The Assassination of Gianni Versace” balances violence and hope 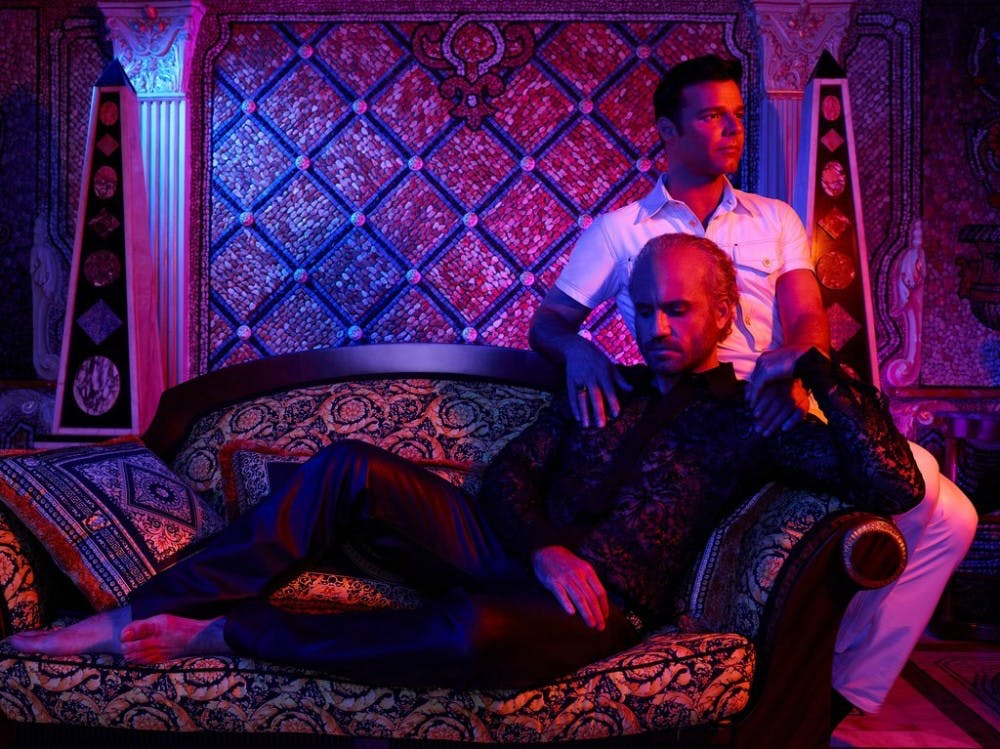 In each season of the true crime anthology series, “American Crime Story,” Ryan Murphy aims to revisit iconic, infamous acts of injustice that exposed our nation’s deepest-rooted social problems and called into question our sense of morality. For the multi-award winning first season, “The People v. O.J. Simpson,” Murphy used the O.J. Simpson trial to show the bigotry of America’s judicial system. The second season, “The Assassination of Gianni Versace,” focuses on the 1997 murder of fashion-design legend Gianni Versace and how homophobia let the killer, Andrew Cunanan, run free for so long.

“The Assassination of Gianni Versace” really earns its TV-MA rating. The violence can be so cruel and graphic that it would be understandable if viewers found themselves screaming in rage at their screens. Yet what keeps the viewer watching through such stomach-dropping moments is an incessant curiosity about where each character came from and where they’re headed next. The viewer cares enough about all of them, even the despicable murderer Cunanan, that they’ll take the tragic moments en route to the beautiful moments. However, the nine-episode season’s middle act lacks the latter, focusing exclusively on Cunanan’s killing spree before he went after Versace. While the beginning of the season presented both Cunanan and Versace’s storylines, the middle of the season threatens to turn into an emotionally draining Cunanan showcase through its omission of Versace’s storylines.

When it comes to casting, Murphy knows how to challenge our perceptions of what our favorite actors, established or on the rise, are capable of. In the hands of Penelope Cruz, Versace’s sister, Donatella, comes across as a kind of Jackie Kennedy figure. After her brother’s murder, the fiercely protective Donatella arms herself with a plan to preserve his public image and to create a legacy that will keep his memory and fashion empire alive. Edgar Ramirez’s depiction of Versace as a life-affirming man often makes the tears flow, especially given how cruelly Versace’s time on earth ended. A creative genius that believes in indulging in every day’s little wonders, Versace wishes more people could see the world in the same happy way he does. “I want my models to look like they enjoy life,” he tells Donatella before a runway show, adding, “Life is precious. Life is special.”

Though Versace is the title role, the most captivating performance comes from Darren Criss as Andrew Cunanan. In a complete 180-degree turn from his light-hearted breakout role on Murphy’s own “Glee,” Criss is so unnerving that one soon forgets how sweet his personality is in real life. A scary bright young man with a twisted sense of drive, Cunanan’s tool bag of charm and manipulation is bottomless, his emotions (and backstories) able to turn on a dime in pursuit of what he wants— love and success. Yet what’s most disturbing about Cunanan is how familiar the roots of his evil feel to the audience. As Criss finds this common ground, the character becomes someone the viewer begs to deviate from his rotten path, hates when he won’t and sympathizes with when he talks about his dreams.

According to Nina Jacobson, one of the show’s executive producers, the question every season aims to ask about its central scandal is: “What makes this a crime America is guilty of?” The three-month search for Andrew Cunanan is considered to be the FBI’s largest failed manhunt. While Cunanan’s spooky ability to stay multiple steps ahead of everyone helped him avoid capture for so long, the decade’s homophobia hindered local and national law enforcement from taking his violence seriously, and it cost the lives of five innocent men trying to make some vibrant memories out of their limited days.