MGMT presents a mature return to pop with some standout songs and meaningful themes. Rating: 3.5 / 5 stars 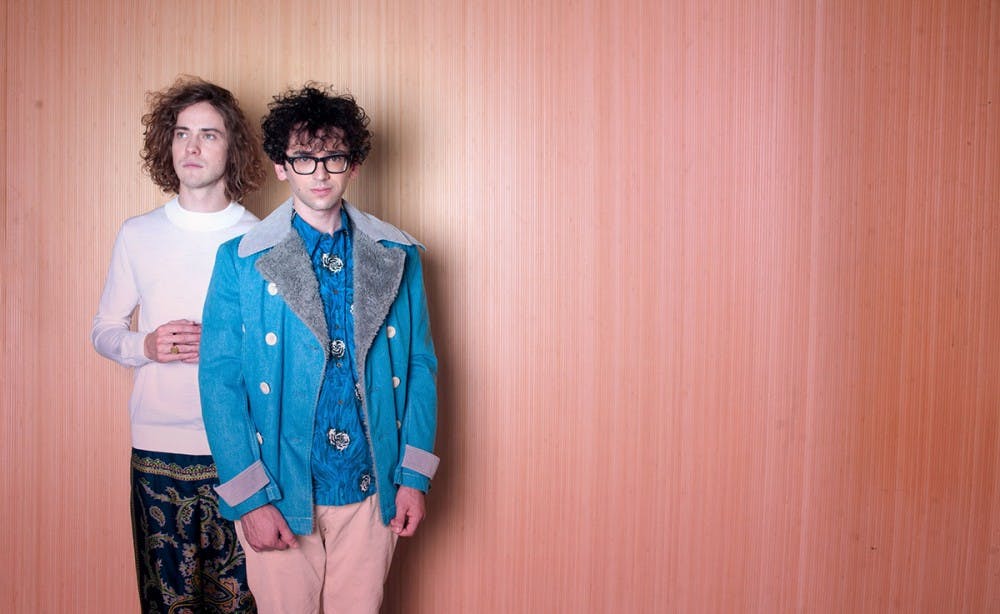 After MGMT’s successful 2007 debut, “Oracular Spectacular,” which included their most popular songs, “Kids” and “Electric Feel,” their subsequent, more experimental 2010 and 2013 albums departed from their initial sound and never gained much traction. Their latest release deserves a significantly better reception, but “Little Dark Age” still doesn’t shine as brightly as their first hit. Nonetheless, MGMT presents a mature return to pop with some standout songs and meaningful themes.

“When You Die,” one of four tracks initially released as singles, exemplifies the album’s consistent, entertaining yet troublesome juxtaposition of dark lyrics with head-bop-warranting synth-pop beats (“Go fuck yourself, you heard me right. Don’t call me nice again”). The tune’s catchiness undercuts its depressing text. When the chorus threatens suicide (“Ready to blow my brains out”), the fun electric guitar in the background and upbeat rhythm make it seem more like a dramatic friend threatening to eat a Tide Pod than an emergency. MGMT creates this same effect with another strong single, the album's titular track. “Little Dark Age” is an appropriate name — it’s dark, just like “When You Die,” but only a little dark, really. It would be better suited for the background of a Scooby-Doo chase scene than a psychological thriller.

The band further detracts from the lyrical heaviness by following up with a few lighter, funky tunes like “Me and Michael,” “James” and “Days That Got Away.” “Me and Michael” is a listenable, nostalgic account leaning more towards indie rock than electric pop. The other two have a pleasant, jazzy vibe. Although the lyrics don’t make a particularly strong impression, the music is good enough that they don’t need to. Moreover, the lack of lyrical substance elevates the urgency of the melancholy that precedes it. The listener is left to question whether the state of misery will remain unaddressed and permanent.

Not a moment too soon, MGMT artfully offers resolution in what might be the best track on “Little Dark Age.” It’s surprising that “One Thing Left to Try” was never released individually, as it would have held its own even on MGMT’s debut album. On top of its exceptional sound — artfully used synthesizer and an infectious rhythm, in perfect harmony — its message is refreshing and necessary. The hopeful number insists, “See if you can make it before you choose the night.” Eighth in the track listing, it finally provides relief to the despair in previous songs, exclaiming, “I don’t wanna die.”

In addition to a graceful and nuanced exploration of depression, MGMT ham-fistedly delivers a stale lecture about technology on “She Works Out Too Much” and “TSLAMP.” Thankfully, their auditory quality is equally as boring and uninspired as their lyrical content, so you can just skip these tracks without missing out. In the former, the speaker informs his girlfriend that he is “sick of liking [her] selfies.” Similarly, TSLAMP rambles about “time spent sitting all alone, time spent looking at my phone.” The opportunity for an insightful connection between the narrator’s depressed state and the pressure of social media is traded for pretension. In fact, these two songs could have been part of a separate, hypothetical EP titled, “I’m Just, Like, Over Phones, Y’Know? Like, I Saw This Episode of Black Mirror and Was Shook.”

In the end, “Little Dark Age” is compelling in its ability to create tension by using listenable music to trivialize depressing lyrics. Catchiness is only possible by minimizing pain, and diluting this dread seems like the only way to share it at all. This motif serves as a solemn but candid follow-up to the youthful adventurousness of “Oracular Spectacular.” “Little Dark Age” acknowledges that time passes and things decay, but strongly dissuades from hopelessness.

After listening to the album, I replayed my favorites and enjoyed them even more. I tried to get through my least favorites again, too. Unfortunately, the level of eye rolling induced by their “Instagram is killing us” sentiment seems medically concerning. Then, I scrolled down in my music library to “Oracular Spectacular.” In just seconds, the addictive, dynamic quality that “Little Dark Age” never quite achieves bursts from my speaker. However, the thematic content of their debut — an exciting exploration of youth, focused on the future — lends itself better to crowd-pleasing anthems than the jaded struggle of maturing in “Little Dark Age.” So, while a comparison between the two might seem unfair, it’s inevitable. MGMT’s most recent installment isn’t as bold or captivating as their first, but that may just be a product of growing up.