​In ‘The Shape of Water,’ the monster isn’t the villain 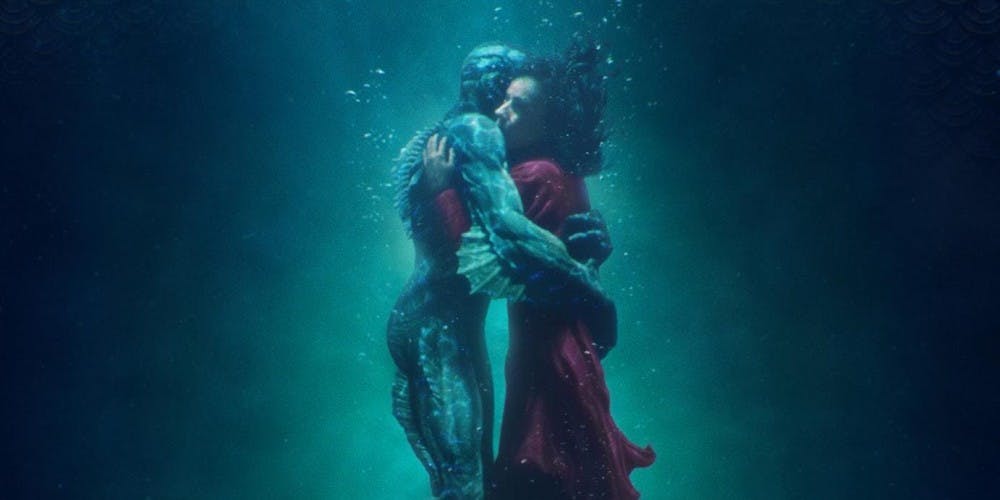 As civilized as humans may delude ourselves into thinking we are, our monstrosity rears its demonic head when we encounter those we see as lesser than us. But, Guillermo del Toro’s science fiction love story “The Shape of Water,” argues that some of us still haven’t given in to fear and hatred. Del Toro’s best film since 2006’s “Pan’s Labyrinth,” “The Shape of Water” celebrates the boundless nature of love.

Elisa Esposito is a mute and communicates in sign language, employed as a janitor at a research facility in 1960s-era Baltimore. Although she has two friends in her sassy co-worker, Zelda, and artistic neighbor, Giles, Elisa feels incredibly lonely. At work, she witnesses the arrival of the facility’s latest “asset,” a creature uprooted from the Amazon that finds himself on the receiving end of constant torture from his primary handler, Colonel Strickland. Elisa immediately identifies with the creature and, with each secret rendezvous, grows closer to him. But, when she discovers that the creature is to be dissected for “research,” Elisa must find a way to get him back to a suitable habitat. This is one dangerous job she can’t do alone.

Across the board, the performances in this movie are spectacular, with the actors vanishing into the gripping characters they play. As the silent Elisa, Sally Hawkins heightens all of her other tools for expression to give a powerful performance that speaks to Elisa’s feelings of invisibility, an emotion that, whether we admit it or not, we’ve all felt. In a society that looks refined but is actually dominated by fear, Elisa won’t stand for mistreatment. She may not be an on-the-soapbox kind of fighter, but she still spirits the creature away to safety. Richard Jenkins is a heartbreaker as Giles. Fired from his job for being gay and unable to find love in his life, the elderly Giles feels he was born in the wrong time and that, as a result, life has left him in the dust. Michael Stuhlbarg gives a richly beautiful performance as the compassionate Dr. Hoffstetler. A scientist with one hell of a secret, Hoffstetler’s introversion makes him an outsider too, and with his tender personality, one feels livid seeing him get hurt. Michael Shannon is disturbing as the sadistic Colonel. Slimy and prejudiced, the Colonel is a menace to all around him, which gives his scenes a heightened charge of dread. Whether he’s sexually harassing Elisa or picking on Hoffstetler for being sensitive, you can’t wait to see him get his just deserts.

When the Colonel tries to justify humanity’s “inherent” superiority to the creature, he twists the Word of God to make his point. “We’re created in the Lord’s image,” he says, “You don’t think that’s what the Lord looks like, do you?” “The Shape of Water” reveals a chilling numberof parallels between the world of 1960s America and our current one, especially in its depictions of human cruelty But one leaves the cinema hopeful that there are still some people left in this world that can make a change with what makes them different.

The Shape of Water is playing in theaters now. Watch the trailer below:

Now Playing From master story teller, Guillermo del Toro, comes THE SHAPE OF WATER - an other-worldly fable, set against the backdrop of Cold War era America circa 1962. In the hidden high-security government laboratory where she works, lonely Elisa (Sally Hawkins) is trapped in a life of isolation.