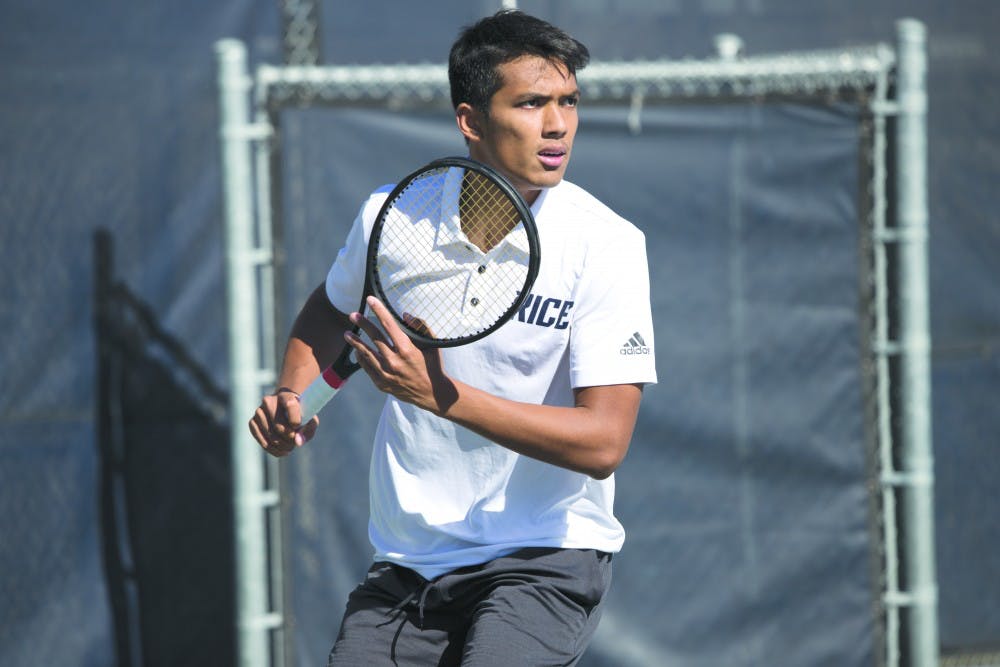 Both the men’s and women’s tennis teams opened up their 2018 season with competitions over the weekend. The men’s team was able to defeat Prairie View A&M University with a score of 6-1, but were unable to beat the University of Texas, Rio Grande Valley, losing 4-3. The women’s team competed at the Florida Gulf Coast University Invitational, finishing with a 9-8 record in singles and a 6-3 in doubles.

The men’s team began strong against UTRGV. Rice won two of the three doubles matches to earn the doubles point to put the Owls up 1-0. Despite sophomore Eric Rutledge’s (6-3, 6-3) and freshman Mohamed Abdel-Aziz’s (4-6, 6-3, 6-1) victories in singles, the Owls were unable to keep their lead, as the Vaqueros won four out of the six singles matches to defeat Rice 4-3. Head coach Efe Ustundag said UTRGV earned the victory with determined play.

“UTRGV deserves a lot of credit because they never stopped battling when looked like we were taking control,” Ustundag said. “They never went away and that is an important thing for our team to see.”

According to Ustundag, despite defeating PVAMU, the Owls still have a lot of work to do.

“They are going to meet a lot of seasoned players each week who are going to fight for every point,” Ustundag said. “Given that we had five of six players in the lineup who were looking for [their] first college dual wins, we might have had a case of nerves, but we will have to learn from this and move past it.”

On the first day of the FGCU Invitational, the women’s team split their matches, winning six and losing six. The Owls struggled in singles play, with freshman Sofie Moenster being the only one to pull out a victory, defeating University of Kansas’ Carla Ponto Montorell 6-4, 6-4. However, the Owls dominated in doubles play, winning five out of their six matches. Head coach Elizabeth Schmidt said the team looked good in its opener.

“It was good to get back in the competition court,” Schmidt said. “Overall, the team did a nice job in doubles being steady from the back and aggressive at the net. In singles, the good news is that, on several courts, we put ourselves in positions to win games and sets. The bad news is we weren't effective enough at closing them out so Kansas got us in those matches.”

The Owls were able to bounce back on day two in singles play, winning four out of their five matches. Sophomore Priya Niezqoda (6-2, 7-6), freshman Anna Bowtell (6-4, 6-2) and Moenster (6-4, 6-4) pulled out victories, while senior Wendy Zhang pulled off an upset against 65th ranked Julia O’Loughlin of the University of Denver, winning 6-2, 4-6, 7-6(3). Zhang and Niezgoda also defeated Paige Cline and Ingrid Martins of the University of South Carolina in doubles play.

“Priya and Wendy really led the way today for our team,” Schmidt said. “First they came out and took care of business in doubles against South Carolina and then in singles they both really dug their heels in and showed a great deal of toughness and resilience.”

The men’s team returns to action on Jan. 21, facing the University of Louisiana at Lafayette, while the women’s team will play Lamar University on Jan. 20, with both matches taking place at the George R. Brown Tennis Center.