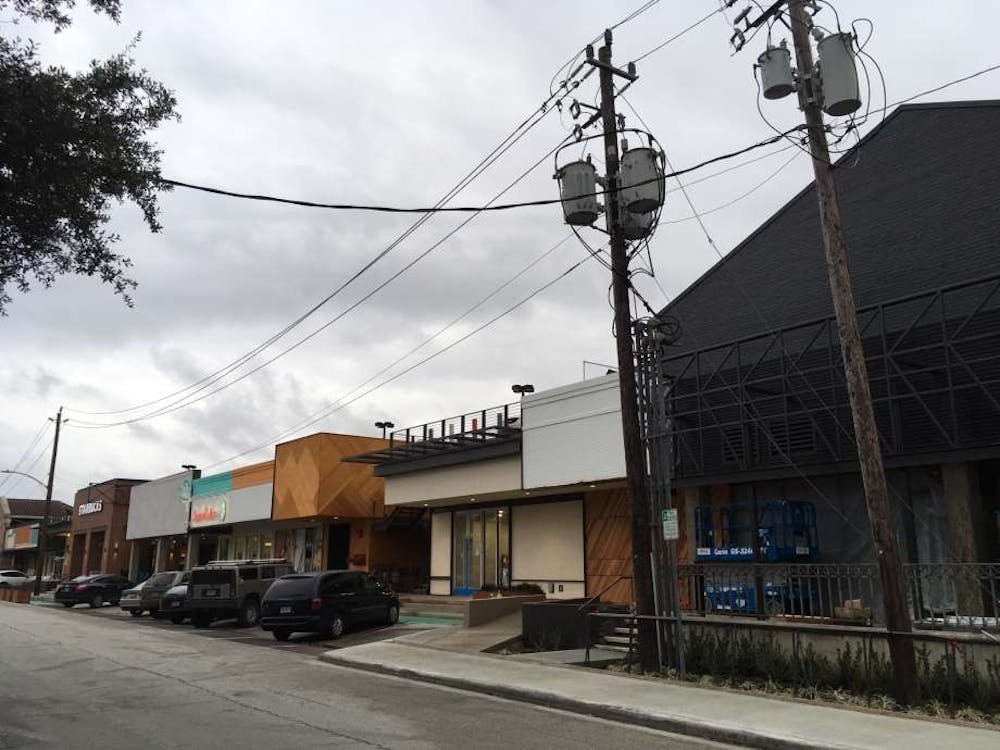 Earlier this month, a single piece of white printer paper appeared on the facade of an empty storefront in Rice Village, taped to the glass storefront with four plain blue pieces of painter’s tape. On the paper were a few simple words scrawled in black sharpie: Rice University Athletics Store.

The initial mention of a new Rice apparel store came quite discreetly, catching the attention of a few careful observers, including the Thresher Sports Twitter account, which noticed a tweet by Senior Associate Athletic Director Tanner Gardner that drew attention to a picture of the plain sign.

Though it may not have come into the public sphere with great fanfare, the store, which will be called Shop Rice Owls, was an effort by members of the Rice athletic department to expand Rice’s reach beyond campus. According to Gardner, this venture arose as a response to a lack of accessibility of Rice merchandise.

“[The athletic department has] consistently heard feedback that it is difficult to find Owls merchandise,” Gardner said. “We brainstormed ideas to address the feedback and one that rose to the top was an off-campus store. A natural first place to go was Rice Village, so we approached the Rice Management Company and Trademark Property about partnering on a store in the Village.”

The Rice Management Company already owned the property at 2567 Amherst Street, and according to Gardner, Rice Athletics and Rice Village shared an interest in setting up a merchandise store. He said he views the store as a chance to expand Rice’s footprint.

“With a group of willing partners and hard work, we’ve been able to bring our vision to life,” Gardner said. “This is a great opportunity both to respond to the feedback of our constituents and make the Rice brand more visible in the Village.”

Currently, the only physical places that Rice community members can obtain Rice-related gear is at the Campus Store in the Rice Memorial Center and at a store located within Rice Stadium. The addition of the store in Rice Village, currently slated to have a soft opening in mid-February before a grand opening in March, gives students, fans and visitors another way to purchase Owl clothing and accessories. Special offers for current Rice students are being considered, but no final decisions have yet been made on the matter.

But with its placement off-campus, the store is in a position to be directed at more than just students. Gardner said the goal was to target both current undergraduates and the greater Houston community.

“Our aim is to provide increased access to merchandise for the current Rice community while simultaneously growing the Rice family,” Gardner said.

An off-campus store has other benefits beyond increasing Rice University publicity in the Houston community, according to Karlgaard. The Rice Campus Store is not solely committed to the sale of apparel, also selling technology, food, drinks and books. In contrast, the new store will be fully devoted to athletics merchandise, containing unique products as well as items similar to the ones at the campus store.

In an official statement, Athletic Director Joe Karlgaard said the department is looking forward to opening the store.

“Our alumni and fans have long expressed a desire to see greater availability, variety and quality of Owls merchandise,” Karlgaard said. “We began to address that need when we partnered with Follett in June of 2016 and completely reinvented our stores in the RMC, at Rice Stadium and at ShopRiceOwls.com. Sales have soared and we’ve received many compliments on the improvements, and the Shop Rice Owls store in the village is the next step in this process.”