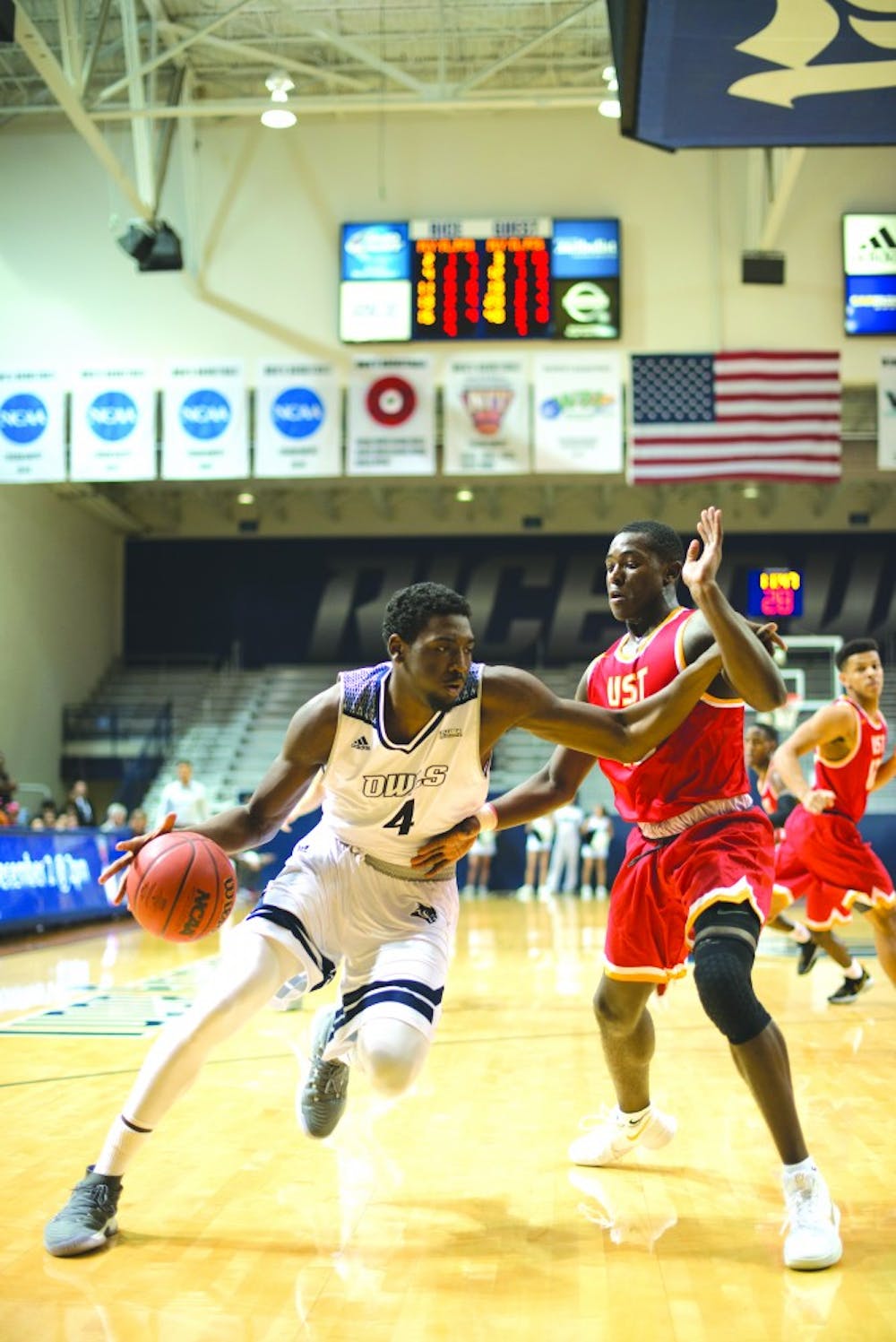 Rice men’s basketball continued to struggle over winter break, losing six games in a row before picking up a win on Saturday to push its record to 4-13. Despite the overall record, the Owls are now 1-3 in Conference USA, which matches last season’s start. In the 2016-17 season, Rice finished 10-8 in the conference.

The team then returned home to take on Old Dominion University and the University of North Carolina, Charlotte. Although Old Dominion entered the game with a record of 10-3 and Rice entered just 3-12, the Owls managed to push the game to overtime before falling 82-75. Head coach Scott Pera posted a tweet after the game to say he was excited about the team’s growth following the tight loss.

Rice finally broke through with a 73-64 win against Charlotte, Pera’s first career conference victory. Sophomore guard Ako Adams put up a career-high 20 points to get the Owls their first victory since Dec. 14.

The Owls will attempt to build on the momentum from the weekend’s two strong performances on Saturday in a home game against the University of North Texas. The game will take place at Tudor Fieldhouse at 2 p.m.