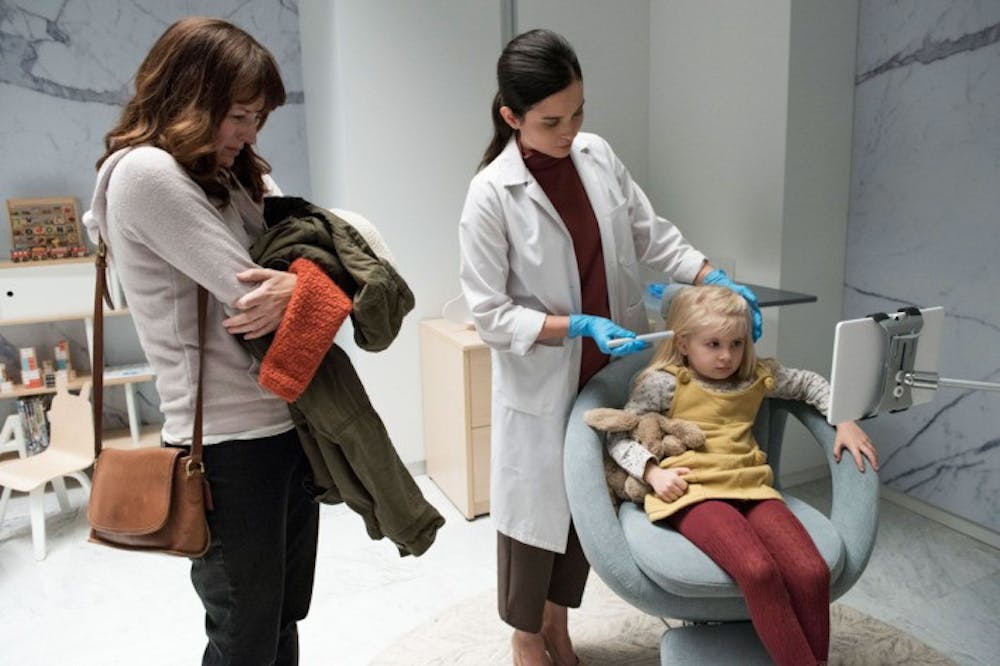 “Black Mirror.” Whether you’ve watched the gripping series or not, you’ve definitely heard about it. With a new season released on Netflix on Dec. 29, “Black Mirror” is all people can talk about this new year — and for all the right reasons. The series, created back in 2011, takes place in the future, where technology is more advanced and usually comes with a price. The title itself reflects on humans’ obsession with electronics, as staring at a black screen of a device acts as a “black mirror.” This fixation reveals a dark reflection of mankind, whether it’s murder, exploitation or manipulation, all done by the hand of technology. Most importantly, “Black Mirror” brings important social commentary to the stage. Although the series is captivating for its disturbing content in a fictitious world, this world is not as far out as it may seem. “Black Mirror” could be the future of our world, where technology is already overpowering and getting more and more complex. And perhaps that is why the series is creating such an enormous buzz — within it hides the terrifying truth about our future.

Season four consists of six episodes, varying from 40 to 65 minutes. What makes “Black Mirror” so easy to watch is the fact that it’s an anthology series, meaning you can pick and choose episodes without any confusion. One of the few consistent similarities is a futuristic setting. To add to the sense of an ominous future, sometimes writers even carry minor details across episodes, such as company names or products, merely for the viewer’s pleasure and without plot relevance. Additionally, each episode contains a psychological or thrilling twist at the end that heightens the disturbing and fascinating effects of the episode, leaving viewers thinking.

Take “USS Callister,” the Star Trek themed season four opener that blurs lines between simulation and reality. In fact, what is stopping us from creating our own reality through technology? The episode revolves around Robert Daly, the chief technology officer of “Infinity,” a multiplayer virtual reality game that works by placing a chip at your temple, completing submerging your consciousness into any scenario you can imagine. Yet, Daly does not receive his coworkers’ recognition for his incredible coding. He is awkward and quiet, ignored by the women he pursues and overshadowed by his business partner. To compensate for his unhappiness and weakness in his real life, Daly creates a secret code for “Infinity” that puts him in an alternate space-themed universe as a heroic space captain who is obeyed and loved by his crew members. What sets apart Daly’s altered “Infinity” is his ability to scan clones of real people into his alternate universe using their DNA, collected from their trash. Somehow these scanned copies retain all consciousness from their lives before “Infinity” and therefore feel like their true selves, just stuck in a game. Daly collects DNA from any co-worker who has wronged him, trapping them in his virtual reality and forcing them to obey by his rules using torture. The rest of the episode revolves around the clones attempting to outsmart Daly and escape his sick alternate reality or else endure a virtual life of subservience at the hands of a game coder.

Still, not all of season four is about maliciousness. Episode four, titled “Hang The DJ,” centers around singles Frank and Amy, who enroll in a dating technology which boasts a 99.8 percent success rate in finding ultimate matches. The process keeps participants in a closed off community, matching them with each other and assigning an expiration date to their relationships, varying from mere hours to years. Couples must live with each other in the community for that whole time, sometimes enduring a painful lack of chemistry that the technology uses to gain data. Couples may go through dozens of relationships before finding their perfect match, spending years and years isolated from reality. After many failed relationships, Frank and Amy lose faith in the program. They ditch the system to pursue their love for each other, determined to escape the community, which is against the rules of the matching game. What makes “Hang the DJ” so enrapturing isn’t just its futuristic version of forbidden love, but also a surprising ending that will have you question what’s real and what’s not.

With twisted storylines and outstanding artistry in representing the future, “Black Mirror” evokes terror, fascination and reflection in every single episode of season four. Whether it’s electronic dogs that will stop at nothing to kill thieves in “Metalhead,” a chip implant for children that totally redefines “helicopter parent” in “Arkangel,” or the sale and extraction of consciousness in “Black Museum,” season four never fails to convince viewers to reconsider technology — or fear it. “Black Mirror” is just what we need to remind us how technology affects us, how it changes our interactions and human experiences. And it might just influence you to put your phone down, shut off your TV, close your laptop and take a look at yourself and the world as you know it.