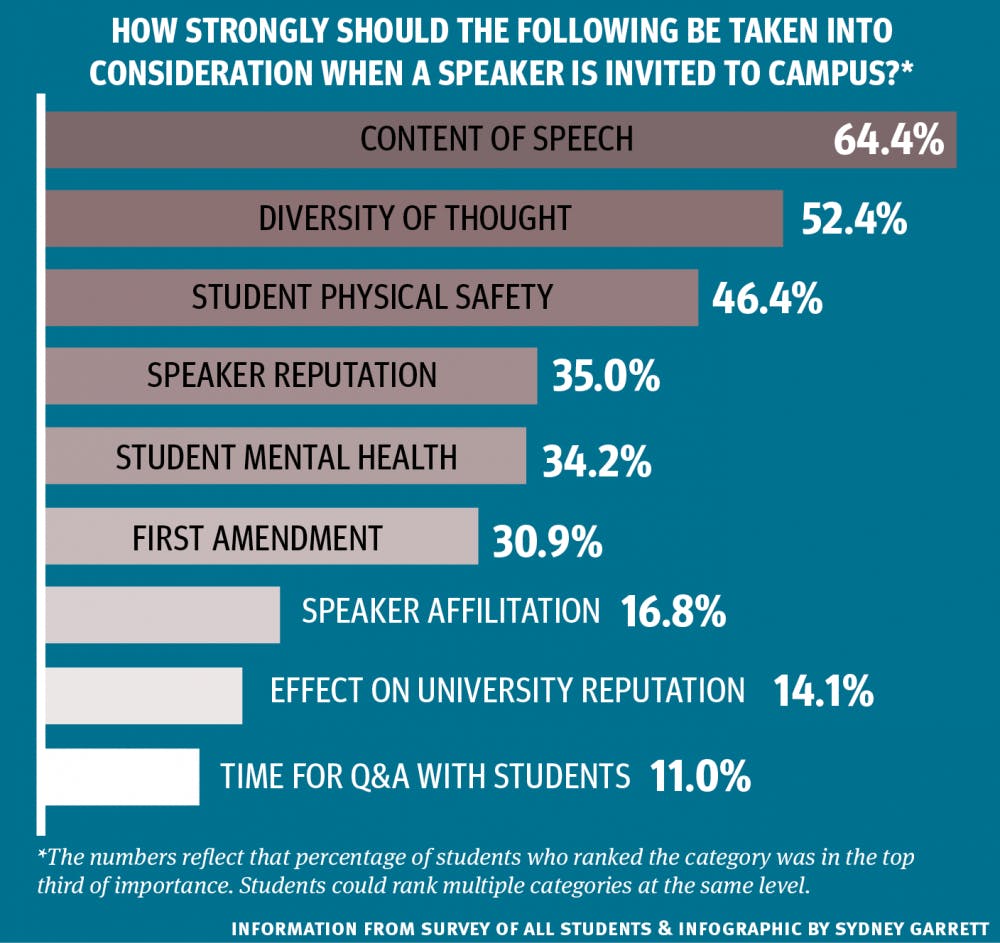 The Student Association Senate will vote on a resolution calling for Rice University to affirm its commitment to diversity of thought by disregarding public opinion and controversy when inviting speakers to campus.

“The reason we’re doing this is because we’re trying to do this preemptively instead of in reaction to some kind of controversy that occurred on campus,” Duncan College Senator Juliette Turner said. “Rice generally is a place where people are very tolerant and have different views and has great diversity of views and we don’t want to lose this.”

The resolution endorses a letter written by the SA Academic Freedom Working Group, based on surveys they conducted. The letter states that according to the data gathered by the working group, students feel that speakers invited to Rice, as well as Rice students and professors themselves, should be free to express any idea or belief so long as it does not fall outside of legal limits. Prohibited forms of speech would include direct attempts to incite violence, threaten or defame.

The report that the letter is based on concludes from data collected on a voluntary Google survey taken by over 250 students that student mental well-being is a low priority for responders and freedom of expression is a high priority. The report concludes that data from a survey attached to the Survey of All Students taken by over 2,700 students is inconclusive regarding student prioritization of mental well-being and freedom of expression.

According to the letter, the results of the survey showed responding students prioritized diversity of thought, freedom of expression, physical safety and the mental well-being of undergraduates when considering inviting speakers to Rice University.

Additionally, the letter states that it is the Rice’s duty to provide students with mental health resources, and to support them. The letter endorses a specific portion of the University of Chicago’s policy on free speech, called the Report of the Committee on Freedom Expression.

According to the letter, even if a majority of the student body finds an idea offensive, speakers, professors or students should be allowed to express and discuss it.

“With regard to campus speakers, we believe that Rice University has the responsibility to refrain from disinvitation, while maintaining the right to condemn the proliferation of ideas destructive to Rice’s community values and to encourage students to respond through peaceful protest,” the letter said.

If speech offends students, however, the letter said that students do have the right to protest peacefully and voice dissent.

The letter also states that responding students generally felt that they could engage in controversial, politically charged discussion in classrooms at Rice without fearing university censorship. In the Google survey portion of the report, 75.4 percent of responders answered “sometimes” to the statement “Should professors share their ideological beliefs in the classroom?” and 13.5 percent more answered “often.”

“[The working group] has done an amazing job gathering student sentiment but this is really important, because this is not only discussed on a national scale, but Rice has actually had speakers that have been fairly controversial and have created some controversy and conversation,” SA President Justin Onwenu said. “This is the time to have that conversation about what our values are.”