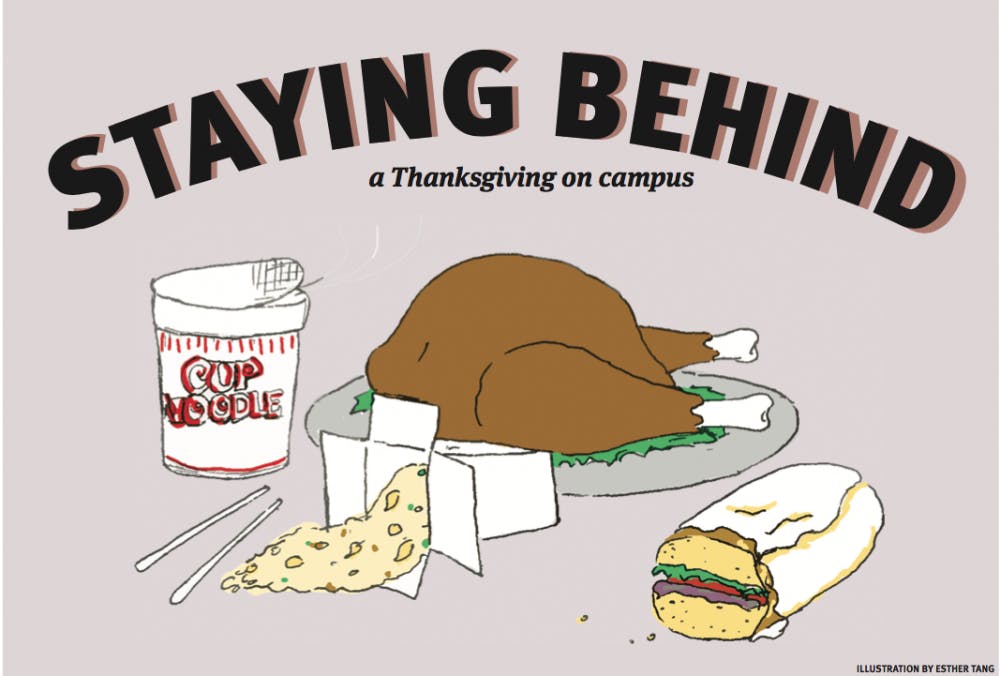 Postmates, instant ramen and dinner at the magisters’ house were some of the survival tools for students who stayed on campus for Thanksgiving break.

Every year, a number of students remain at Rice during the four-day Thanksgiving recess due to a variety of reasons such as distance, cost or simply preparation for the final week of classes.

“I personally stayed just because it's too far to go back home,” Gayatri Sawant, a Sid Richardson College freshman and international student from India, said. “But I know a couple of people stayed back just because it's easier to focus here.”

Elhadji Diop, a Duncan College freshman, said the cost was a factor.

“It's just not affordable for my family to fly me back to Georgia,” Diop said. “It's a hassle for two days and we don’t celebrate Thanksgiving.”

All serveries were closed from Wednesday evening to Sunday dinner. Students fended for themselves by cooking, eating out or ordering takeout. Most colleges also organized at least one meal during the break.

“You can send five to 10 emails, Facebook messages, letting students know that the serveries are going to be closed, but still there will be some for whom it is a nasty shock,” Aysha Pollnitz, a resident associate at Baker College, said.

Diop found himself trying new food, but at the expense of his wallet.

“I did Postmates,” Diop said. “I literally have like three shawarma sandwiches in my fridge right now, and after this I'm going to go eat one. It was good food, but at the same time it was like … my bank account.”

Meanwhile, Sawant and her friends managed by cooking meals for themselves.

“For me, there's a group of three to five people who kind of bond and cook together,” Sawant said. “Just getting together and making a meal together.”

Many colleges combatted homesickness by organizing a traditional Thanksgiving meal at their respective magisters’ houses.

They also provided students with opportunities to bond and entertain themselves.

“When [RAs and magisters] didn't need help [with preparations], we were just doing other stuff like playing Cards Against Humanity, playing with our magisters' three dogs, just talking in general, and invading their privacy,” Sawant said. “Other than that, we also have nights [...] when it's just like, play board games, eat pumpkin pie.”

According to Pollnitz, the Thanksgiving meals served to bring students in respective residential colleges together.

“Food is always a way of bringing people together, and making them feel welcome and at home wherever they are,” she said. “A traditional Thanksgiving meal, as from my understanding, involves family coming together to eat, and so that has typically been at the center of any Baker event during Thanksgiving.”

Shryans Goyal, Will Rice College freshman, welcomed the time to explore Houston in a way that his hectic schedule doesn’t otherwise permit.

“I went into Houston which was nice because, even on weekends, you have a lot of work to do, and you never get a solid six [or] seven-hour span of time to just chill,” Goyal said. “But because it was a longer weekend, we went into Houston, cycled downtown, stuff like that.”

“I went shopping for Thanksgiving. I went at midnight, from 12to 5 in the morning,” Gao said. “That was awesome, and we watched the sunrise after that.”

In contrast, Sawant used the four-day break to rest and get ahead on school work.

“Despite what most people think, the library's actually open for most of [Thanksgiving break], and it gives you the perfect quiet atmosphere to study and focus, especially since exams are coming up,” she said. “On the other hand, if you don't want to do that, the magisters usually have something going on.”

On Saturday, for example, Sid Richardson College held a board game night.

Goyal pointed out the downside of a deserted and relatively quieter campus.

“The best part was that it was more silent and there was more peace, but that was also sort of the worst part, because you always need to see people around you, and there were not many,” Goyal said.”It was pretty isolating.”

Many Rice events took place around campus during the Thanksgiving break, according to Pollnitz, who has held a book club during the break in the past. This included an open campus observatory and the seniors’ game on Saturday.

Despite the events happening on campus, Goyal, an international student, was homesick while staying behind on campus for the family-oriented holiday.

“Everyone's going back to their families, posting Snapchats,” Goyal said. “I mean, it is pretty depressing. I would love to go back to my family during any holiday.”

Gao, however, was less attached to the idea of returning home for Thanksgiving.

“It feels okay, because I, personally, am not a homesick person,” Gao said. “Thanksgiving is not actually a thing in China, so I don't feel anything really.”

According to Pollnitz, the majority of times the Baker College adult team members are contacted during Thanksgiving break is for similar reasons as any other time of the year.

“Students' health concerns and academic concerns don't go away just because it's a holiday,” Pollnitz said. “I think there are always students who feel like they are missing someone or missing out on more traditional Thanksgiving by remaining on campus, and sporadically they might reach out to us.”

According to Pollnitz, students themselves also contributed in turning their colleges into a family to substitute for the one they left at home.

“It always impresses me the extent to which students share in the family spirit by hanging out with each other,” Pollnitz said.

Diop had a different perspective on the connections formed among those who remained on campus.

“It didn't feel like oh, we're going to bond together over this Thanksgiving dinner and be so thankful,” Diop said. “It wasn't like that at all. It was very much like, you know, we're homies. We chilled and played basketball.”

Sawant thought those who stayed on campus during the break were able to spend more time together.

“You bond more with the people that are left behind because you’re ready to have just any human interaction,” Sawant said. 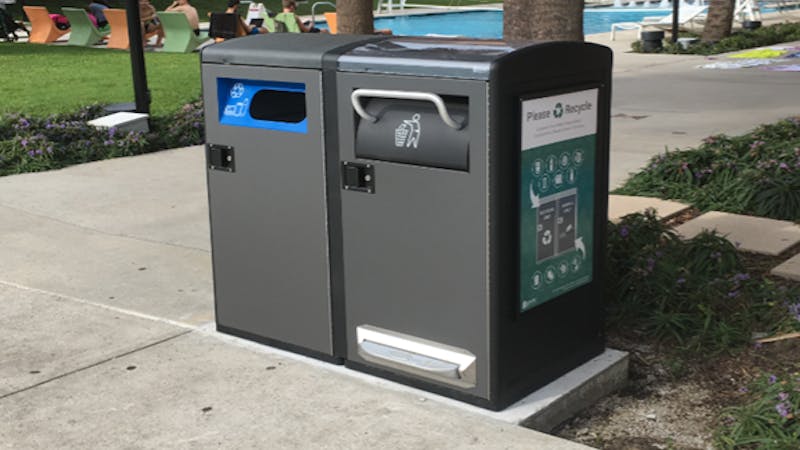 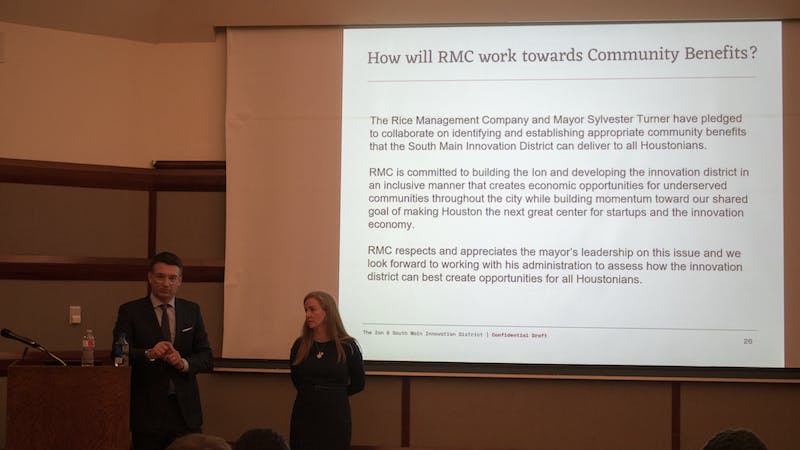 Allison Thacker (Baker ‘96) and Ryan LeVasseur (Wiess ‘01, School of Architecture ‘03) from Rice Management Company gave a presentation to dissuade Student Association members from supporting Senate Resolution #8, a resolution advising that Rice and the Board of Trustees enter into a Community Benefits Agreement with the Houston Coalition for Equitable Development without Displacement at the Student Association Senate Meeting on Jan. 27. 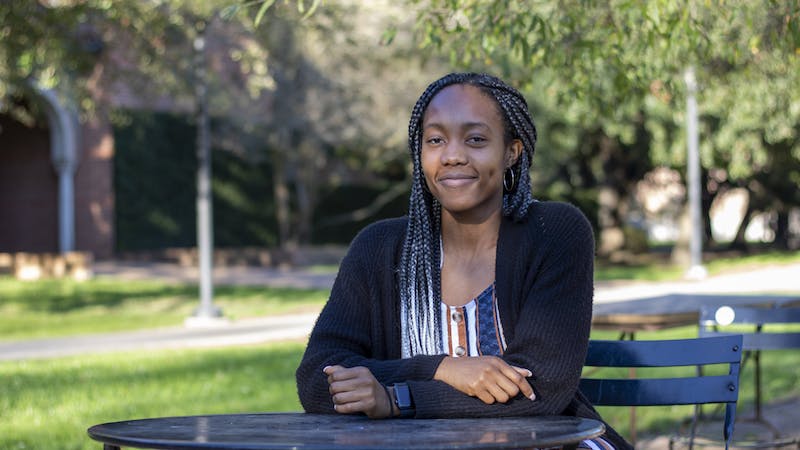 When Selase Buatsi was a kid, she was just like every other kid her age — constantly fighting her parents. As a young girl, Buatsi argued with her parents so often that they told her she’d make a great lawyer. A decade later, Buatsi is now president of Rice’s Pre-Law Society.