​Houston Cinema Arts Festival 2017: "Three Billboards" and "Call Me by Your Name" Reviews 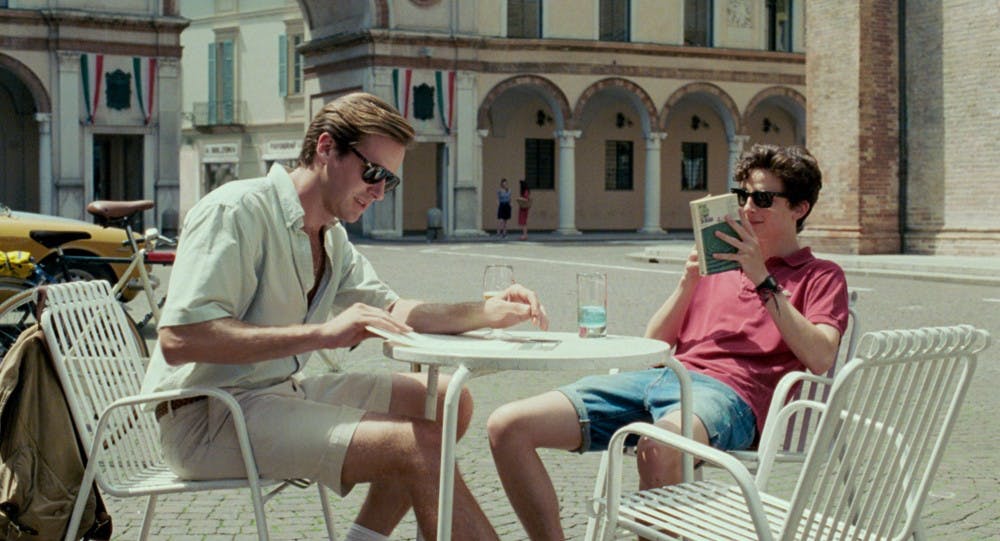 Life always seems to look for new ways to piss us off. Just look at the last 12 months. But how do you deal with all the negativity and anguish? If you’re Martin McDonagh, you find the overlapped faces of comedy and tragedy in the situation. His latest film, “Three Billboards Outside Ebbing, Missouri,” which features his trademark pitch-black humor, becomes 2017’s most relatable movie with its exposure of anger’s ability to both fuel and eat you.

Seven months ago, teenager Angela Hayes was sexually assaulted and burned alive outside her hometown of Ebbing, Missouri. Lacking answers, the local police department, led by the terminally ill William Willoughby, closes the case. But Angela’s mother, Mildred, sees this lack of answers as a result of apathy and laziness. Using her savings, Mildred decides to rent out three billboards on the same stretch of road where Angela died in order to send a message to the police. But when the billboards are deemed offensive and disrespectful, Mildred finds herself in an escalating war of words and violence with the town which won’t stop until she gets what she wants.

“Three Billboards” features master class performances, two of which should immediately go on an Oscars voting ballot. Frances McDormand is an incendiary force of nature as Mildred. A strong-willed woman with no filter in her speech or her decisions, she constantly tests the audience’s allegiance to her. While her verbal shutdown of a culpable priest and wince-inducing assault on a shady dentist earn her love points, her later actions, which include arson, raise concern. McDonagh makes Mildred neither a hero nor a villain. She’s simply human, and that ultimately makes her a startlingly accurate representation of our current headspace. The underrated Sam Rockwell should win Best Supporting Actor for his portrayal of police officer Jason Dixon. A “mama’s boy” who loves using excessive force and reading comics while on duty, Dixon undergoes the film’s most beautiful transformation. Consumed by hatred, his feelings bar him from fulfilling his true potential as a detective. Woody Harrelson is bitingly funny as Willoughby. “I’m in the middle of my goddamn Easter dinner,” he barks over the phone in front of his young daughters. Abbie Cornish gives an unexpectedly heartrending performance in her brief scenes as Willoughby’s wife, Anne. Lucas Hedges’ performance as Angela’s brother, Robbie, has shades of his award-nominated role in last year’s “Manchester by the Sea.” While he played a teenager with world views shattered by a family death in both films, his performance here shows what happens when time hasn’t eased the load of that pain.

A lot of the time, life doesn’t go the way we want. We like to believe that there’s a greater reason for what happens to us. But in the world of “Three Billboards,” life is cruel and unfair, leaving us to question whether the darkness has stripped human nature of all goodwill.

“Call Me by Your Name” perfectly captures first love

Earlier this year, in the most jaw-dropping Oscars finale yet, “Moonlight” became the first LGBTQ film to win Best Picture. In what has since been dubbed the “Moonlight effect,” films focused on coming-of-age experiences of this long-ostracized community are making their way to the big screen in droves. One of them is Luca Guadagnino’s “Call Me by Your Name.” A smash hit on the festival circuit, this coming-of-age story about the joy and pain that come with first love is a sensually sun-kissed marvel that reminds us why love is life’s greatest gift.

Elio Perlman is a 17-year-old whose family spends their summers in northern Italy. Each summer, Elio’s father, an archaeology professor, hires one of his university students for six weeks as an assistant. In the summer of 1983, the student selected is a 24-year-old named Oliver. While Elio never felt any attachment to his father’s previous assistants, this summer’s immediately feels different. It starts with a simple touch of the shoulder. From there comes Elio’s growing realization of his feelings for Oliver as well as the question, “How long will he wallow in silence before he tells Oliver?”

The chemistry between Timothée Chalamet and Armie Hammer as Elio and Oliver, respectively, is so beautiful it elicits speechlessness. Chalamet’s breakthrough performance is like watching a tiny caterpillar become a beautiful butterfly. During his time with Oliver, the petals of closed-off Elio, who hides himself in books, start to open and embrace the sunlight. Hammer brings a seductive confidence to Oliver, who relishes every step of the adventure he finds himself on.

The film’s music calls to mind the personal playlists from one’s teen years — the kind that induces overwhelming nostalgia as an adult. Melodies composed by Sufjan Stevens allow the viewer to occupy the lovers’ headspace, having their heart warmed by the soothing “Mystery of Love” and weeping their eyes out for the melancholy “Visions of Gideon.” Sayombhu Mukdeeprom’s cinematography, with its capture of rich Italian landscapes, blue waters, majestic statues and liberating nights, induces jealousy. If there are two things the cinematography will make the audience want, it’s to pack their bags for an Italian vacation and fall in love.

During the film’s final 20 minutes, which include a four-minute unbroken take of Elio played over the credits, the tears can’t be stopped. When an artist places the audience in the character’s shoes and has them walk a long distance, that is a triumph of storytelling. “Call Me by Your Name” not only appeals to its target audience but also captivates anybody who has ever had the honor of having their heart soar or break through true love.