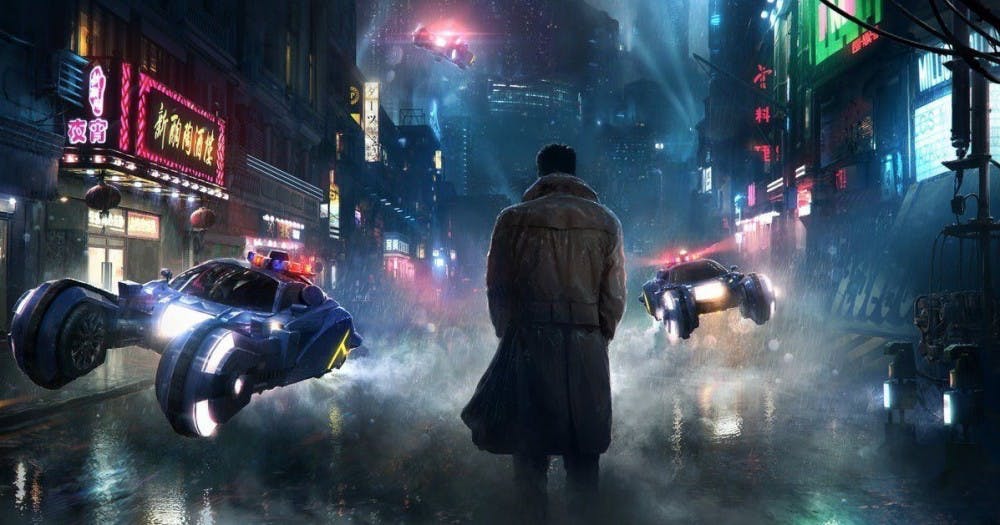 In the 35 years since its theatrical release, “Blade Runner” has become a cult classic. This story of a detective hunting down four escaped androids (called replicants) in a dystopian future Los Angeles revolutionized the sci-fi genre with both its poignant, heady themes and its neon, lived-in aesthetic. Now, “Blade Runner 2049” returns to the original’s unforgettable world with an enthralling story that builds upon that of its predecessor in epic fashion and immediately cements itself as one of the finest sequels ever made.

Set 30 years after the original, the film centers on Officer K (Ryan Gosling), who undertakes a mysterious investigation after discovering a secret that makes him question his entire existence. While that synopsis might seem vague, giving away any more would undermine the film’s carefully-crafted surprises.

The movie’s characters are all very interesting, largely due to the depth that the actors give them. Gosling carries the film as the stoic K, portraying a lonely, confused soul to wonderful effect, just as he does in the modern classic “Drive.” Ana de Armas is captivating as his love interest Joi, whose arc brings many of the story’s most emotional thematic dilemmas. Sylvia Hoeks is intimidating and ferocious as Luv, the replicant assistant to Jared Leto’s Niander Wallace. Leto does not have a lot of screen time, but he gives a bold performance that suitably demonstrates his immensely powerful character’s God complex. Robin Wright and Dave Bautista are also quite good in their limited appearances, providing complexity that might not have been on the page.

Finally, Harrison Ford is terrific as Rick Deckard, the protagonist of the first film. Deckard does not show up until about an hour and a half in, but by holding off on revealing the franchise’s former hero, the film makes his appearance all the more compelling. Weathered and beaten by time, Deckard is even more interesting here than he was in the original. Deckard’s plot exemplifies the film’s strength at taking the original story and crafting a new tale that expands the world while simultaneously serving as a loyal sequel.

To this end, the movie develops at a slow, steady pace, which is extremely rare among big-budget films nowadays. In an era where series like “Transformers” have hyperactive, incoherent editing, “Blade Runner 2049” allows the audience to take in and process the story. Thanks to its ambitious plot and all-time great visuals, the film never bores despite its 163-minute running time. Ridley Scott’s original is one of the most beautiful films ever made, and Denis Villeneuve’s sequel somehow tops it. The effects are superb, as every dollar of the film’s $150 million budget seems to have been put to good use. Furthermore, Roger Deakins once again validates his status as arguably the best cinematographer ever, creating a visual landscape of framing, colors and shadows that is absolutely impeccable. If Deakins does not win this year’s Academy Award for Best Cinematography, it might be the biggest snub in the show’s history.

Overall, “Blade Runner 2049” is a marvel of a sequel as well as a must-see big screen experience. A sci-fi epic of this caliber does not come out with any sort of regularity, so it should not be missed while it can be experienced in the way it was meant to be. Go see “Blade Runner 2049.” You won’t regret it.

"Blade Runner 2049" is rated R. The movie is currently playing in theaters.