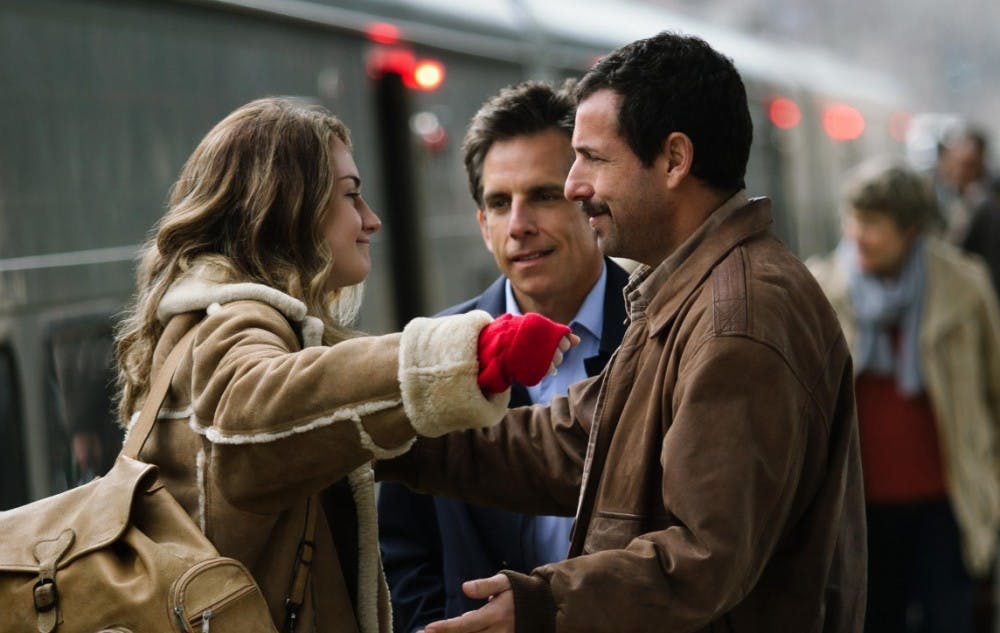 For half a decade, Netflix has released original television shows to enormous acclaim from both audiences and critics alike. Recently, the company began to branch out into movies, an enterprise struggling to match previous successes. On Oct. 13, it released its newest film: “The Meyerowitz Stories (New and Selected).” Created by acclaimed director and writer Noah Baumbach, the movie is easily one of Netflix’s best films to date.

The story follows the lives of siblings Danny (Adam Sandler), Matthew (Ben Stiller) and Jean Meyerowitz (Elizabeth Marvel), each of whom attempts to deal with their stubborn sculptor father, Harold (Dustin Hoffman), as well as each other with varying results.

The film’s greatest strength is its star-studded cast. All of the lead performances are wonderful, with Sandler being the standout. Though he rarely utilizes his dramatic abilities, instead preferring to make lowbrow garbage like “Jack and Jill” and “The Ridiculous Six,” Sandler showcases his thespian talents here to emotional results akin to those in the 2002 masterpiece “Punch-Drunk Love.” Shining members of the supporting cast include Emma Thompson as the siblings’ stepmother, Maureen, and Grace van Patten as Danny’s college-bound daughter, Eliza. Both of these characters contribute to the movie’s levity and are still capable of poignant moments when called upon.

Many of Baumbach’s films, like the melancholic “The Squid and the Whale,” are semi-autobiographical in nature — he likes to focus on artistic Jewish families living in New York City, and “The Meyerowitz Stories” is no different. Nevertheless, Baumbach makes this relatively specific subject matter universally relatable through the themes he presents. With his quick-witted, fast-paced dialogue, Baumbach rattles through ineffective parenting, the effects of monetary success and jealousy of one’s peers in mere minutes, all the while maintaining the narrative throughline that holds everything together. A master of dramedy and riding the fine line the genre entails, Baumbach makes “The Meyerowitz Stories” a stirring experience, enjoyable enough to watch again and again.

The movie’s technical aspects are also well executed. The shots are nicely composed, the editing flows smoothly and the piano-filled musical score by Randy Newman fits the tone flawlessly. While these aspects do not stand out in any way, they instead draw attention to the purposefully noticeable components of the film: the writing and acting.

Overall, “The Meyerowitz Stories (New and Selected)” is a moving family dramedy and another entertaining entry into the canons of all involved. Personal but comprehensive, serious but droll, intellectual but accessible, the film could appeal to anyone. Considering it’s on Netflix, there’s no reason not to take a couple hours out of your day to take it in for yourself.

'The Meyerowitz Stories' is rated R. The movie is currently available for streaming on Netflix.

Watch the trailer below:

Noah Baumbach's The Meyerowitz Stories (New and Selected) is now streaming on Netflix. Watch The Meyerowitz Stories on Netflix: https://www.netflix.com/title/80174434 SUBSCRIBE: http://bit.ly/29qBUt7 About Netflix: Netflix is the world's leading Internet television network with over 100 million members in over 190 countries enjoying more than 125 million hours of TV shows and movies per day, including original series, documentaries and feature films. Members can watch as much as they want, anytime, anywhere, on nearly any Internet-connected screen.