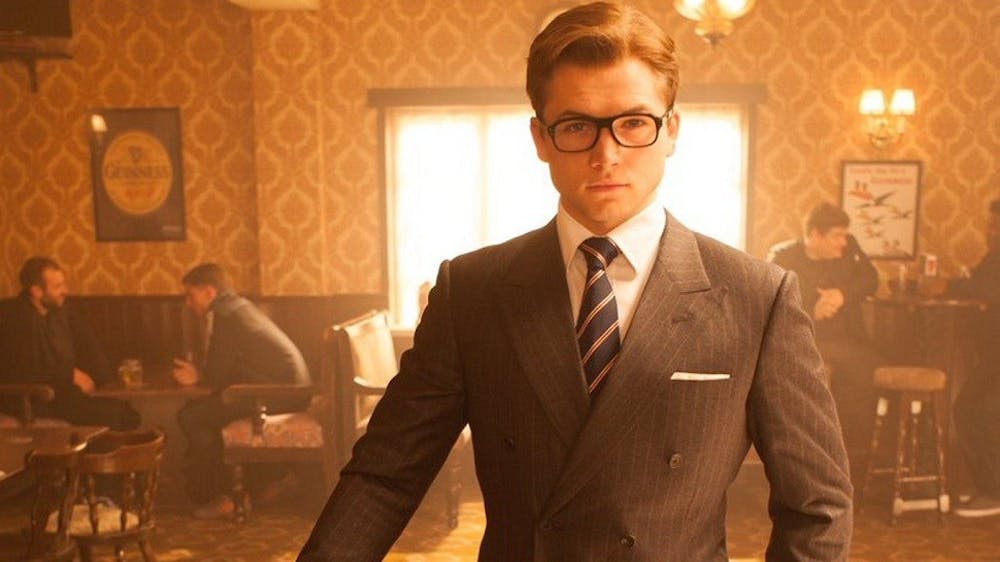 Two and half years ago, the spy comedy “Kingsman: The Secret Service” took audiences by surprise with its likeable characters, satirical tone and thrilling action sequences. Director and writer Matthew Vaughn returns with “Kingsman: The Golden Circle,” a more ambitious venture than its successful predecessor. Unfortunately, “The Golden Circle” is a massive disappointment, lacking any of the excitement or charm that made the first film so enjoyable.

The film picks up a year after the events of “The Secret Service,” with Eggsy (Taron Egerton) now a full-fledged member of the Kingsmen. Due to unforeseen circumstances, Eggsy and Merlin (Mark Strong) must go to Kentucky to get help from their American counterparts, the Statesmen, to defeat the mysterious Golden Circle and its leader Poppy (Julianne Moore).

This is where we come across one of the film’s main problems: its grossly underdeveloped new characters. The first film sought to humanize the Kingsmen. The Statesmen are not given this treatment; the film seems to rely on star power instead of character development to keep the audience’s eyes on the screen. Featured heavily in the film’s trailers, high caliber actors Channing Tatum and Jeff Bridges only have about five minutes of screen time each. The film’s villain, Poppy, is also short-shrifted, her motivations boiled down to madness and half-baked commentary on drug use. For a cannibalistic, ‘50s obsessed psychopath, she is incredibly forgettable.

These characters’ lacking appeal comes about in part from the film’s mess of a story. Running at nearly two and a half hours, the movie tries to juggle continuing storylines from the first film and introducing these new elements. For example, Eggsy has an absurdly unnecessary plotline regarding his relationship with the Swedish princess Tilde (Hanna Alström) with whom he hooked up at the end of the last movie. Attempting to draw humor from his attempts at being a good boyfriend, the film fails at making us care enough to overlook these scenes’ uselessness. On top of that, this plotline is given more development than the Statesmen as a whole, as the Statesmen only have an impact on the larger plot through their role in the return of Colin Firth’s character Harry Hart.

Saddled with an annoying amnesia plotline, Firth tries to make Harry as compelling as he was in the first film but cannot. Even when he is given fan-service scenes that exactly recreate moments from “The Secret Service,” Firth cannot capture the magic that made Harry such a standout. The only moments that slightly reclaim the feeling from the previous movie are those in which Harry, Eggsy and Merlin interact. The actors have such excellent chemistry and enjoy themselves so much that it is impossible not to take pleasure in their time together, no matter how fleeting.

Firth’s performance isn’t the only aspect that fails to recreate the greatness of the first film, as the movie’s action scenes are wildly uneven. They range from relatively entertaining to discombobulating and over-the-top, and none of them even come close to the legendary church scene featuring Firth fighting to the tune of Lynyrd Skynyrd’s “Freebird” in the first film. The movie’s special effects are also inconsistent. While the $104 million budget appears to have gone to good use with regards to cinematography, it also seems to have been too little for decent CGI crowds, mountains or even ski gondolas.

Overall, “Kingsman: The Golden Circle” is a huge step down in quality. Major talents are wasted, the plot is incredibly bloated and the increased budget seems to make the action sequences and special effects worse than they were before. There’s an old adage about sequels: They’re never as good as the originals, and “The Golden Circle” further proves that.