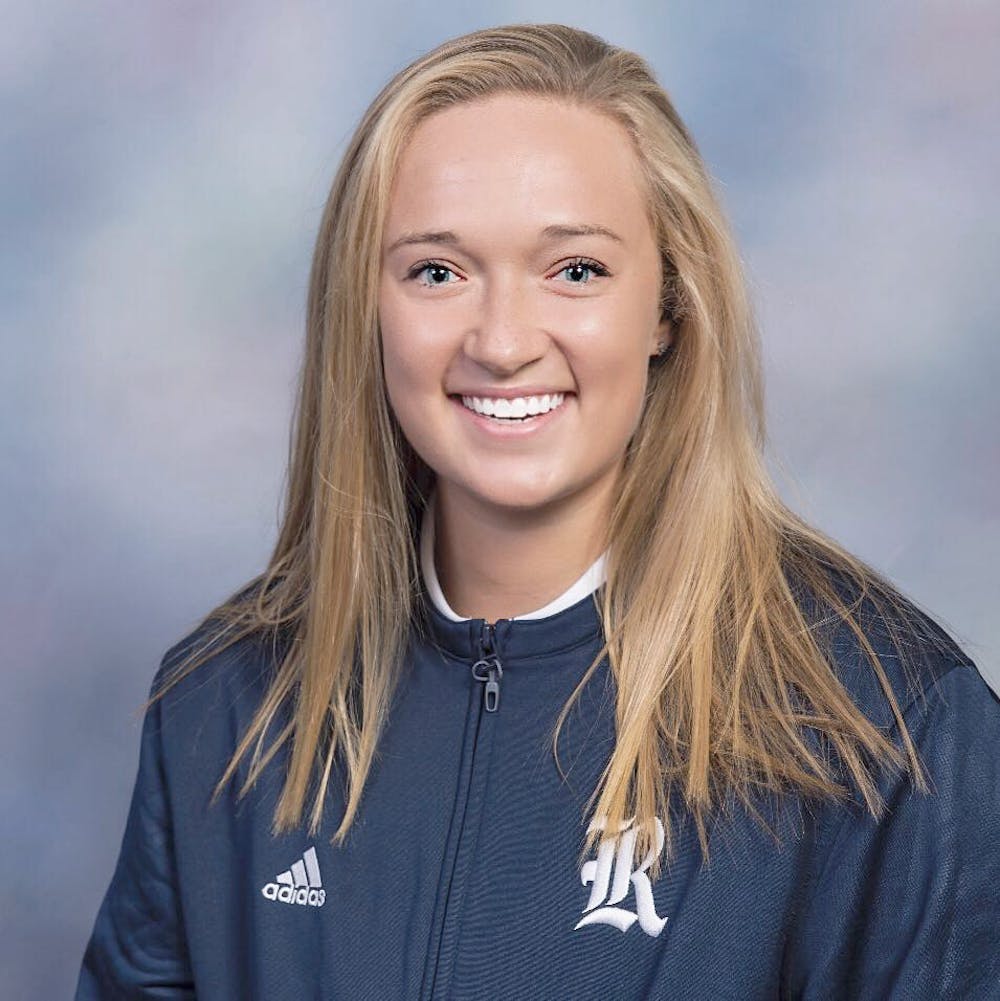 Not many college athletes have the opportunity to say that they are ranked in the top 20 in the nation in a sport. However, with her performance over the weekend at the Fall Splash Invitational, Wiess College senior Lauren Rhodes can officially call herself one of the best 50-yard freestyle swimmers in the nation.

In last weekend’s meet, Rhodes swam to first place in the 50-yard freestyle with a time of 23.31 seconds, at the time the 16th fastest time in the nation; it dropped to 27th best during Rice’s bye week. In addition, she won the 100-yard freestyle with a time of 51.46. She also added wins in the 200- and 400-meter free and 200- and 400-yard freestyle relay races. With these performances and the help of first place finishes from other swimmers, the Owls defeated the University of the Incarnate Word and the University of Houston by winning 11 of the meet’s 12 events.

Conference USA took notice of Rhodes’ top-20 performance this weekend and named her C-USA Swimmer of the Week. According to Rhodes, she could not be happier with her start to the season.

“It feels great,” Rhodes said. ”It’s the highest I’ve ever been ranked, and I was really excited.”

Rhodes grew up in Charlotte, North Carolina, where her performances in high school earned her a spot on the North Carolina State University swim team. However, according to Rhodes, she was unsatisfied with the program and started looking for other options.

“I wasn’t really happy at NC State,” Rhodes said. “It wasn’t a positive environment for me swimming-wise, and I wasn’t a big fan of my coaches.”

Rhodes said she started to show interest in Rice’s swim team after a friend recommended it to her.

“I have a friend who is two years older than me who swam at Rice and she loved it,” Rhodes said. “After my sophomore year, I called [head] coach [Seth] Huston, and he decided to take a chance on me.”

That chance has well been worth it. Last year, Rhodes won second place in the 800-yard freestyle relay and 400-yard medley relay and third place in the 200-yard freestyle relay in the C-USA Championships. She added top eight finishes in four other events at the conference title meet. Her performances earned her the C-USA Newcomer of the Year Award and Rice Swimming’s Natalie Kirchhoff Inspiring Competitor Award.

Rhodes said a much of her success is due to her hard work, though she has many others to thank for their support throughout her career.

“My family has supported my swimming endeavors since I was five,” Rhodes said. “My coaches here are great, and I couldn’t have done it without my teammates.”

Rhodes said she has a number of goals for her last year at Rice.

“For this year, I want our team to win the C-USA Championships,” Rhodes said. “We haven’t won it in four years, so that definitely would be great. I also want to make [the NCAA Championships], because I have never made it before.”

Despite her successes, Rhodes said she does not plan to swim after college.

“I have been swimming year-round since I was five,” Rhodes said. “Although I am sad it is coming to an end, I am excited for the next chapter in my life.”

Rhodes is a kinesiology major, and said she is excited to pursue the field later in life.

“I want to go to physician assistant school in the next few years,” Rhodes said. “Hopefully, [I’ll] have the opportunity to work in a hospital, maybe in [a] neonatal unit or something similar.”

Rhodes will have her next chance to shine in the pool against the University of North Texas on Oct. 20 and Southern Methodist University on Oct. 21 for the conclusion of the Fall Splash Invitational.