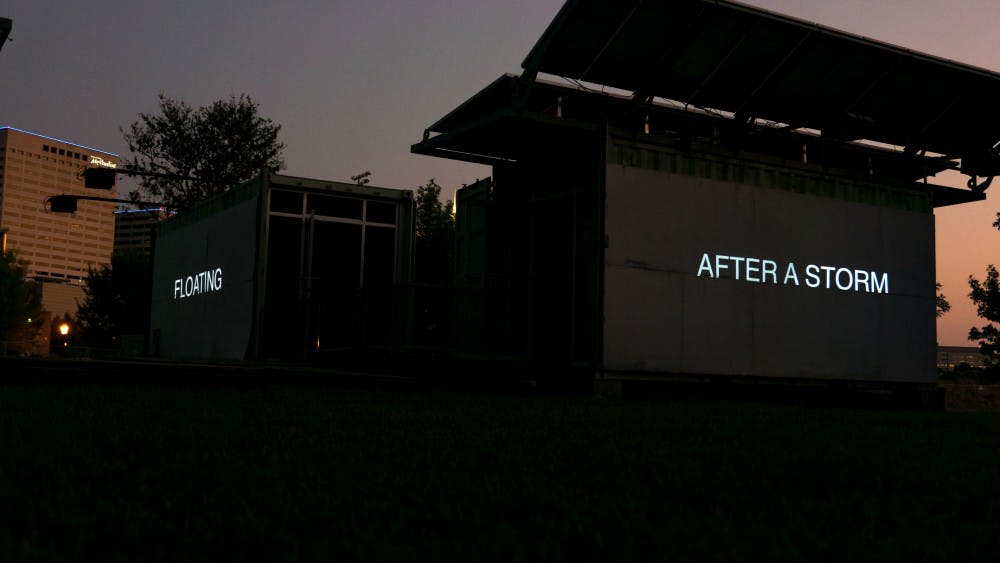 Three shipping containers sit at the corner of Alumni Drive and Loop Road, often unnoticed by passersby. Brought to prominence by the installation of pop-ups organized by the Moody Center Student Collaborative, these containers, officially known as juiceBOXes, are an ever-changing space for the collaboration of art and science.

Although mostly known on campus for their role in introducing the Moody Center and as sites of acts of vandalism last fall, the original two containers arrived on campus near the Moody Center building site in October 2015. They hosted exhibitions as participating spaces in FotoFest, a Houston photographic arts festival that boasts around 270,000 attendees from 34 countries, according to FotoFest’s website. The exhibitions were organized by the Center for Energy and Environmental Research in the Human Sciences at Rice and included Judy Natal’s “Another Storm is Coming” and Marina Zurkow’s “Dear Climate.”

Dominic Boyer, professor of anthropology and director of CENHS, said the self-sustaining nature of the boxes makes them a dual-purpose exhibition space.

“These are recycled, repurposed units – low carbon [and] solar powered, and I think they are a good model for the kind of work we would like to do here in the middle of Houston, which is a complicated place both reflecting on the energy past — what we used to do in the 20th century, and what we hope to do in the 21st century,” Boyer said.

The juiceBOXes are prototype products from Metalab, a Houston-based design firm. According to their website, Metalab designed the juiceBOXes with the intent of creating a mobile alternative office working space that could “accommodate job site activities, special events and emergency response operations.” Alumnus Joe Meppelink (Architecture ’00) of Metalab donated the juiceBOXes, which host solar panels and a renewable power management system, to bring FotoFest to Rice campus.

“The cool thing about the juiceBOXes is that they are mobile units, self-sufficient, [and] do not require being tied into the electric grid, so they can be moved around the city and even the country,” Boyer said. “They are a really unique type of exhibition space [that] could also be used for research projects and a variety of purposes.”

Over the past year, the juiceBOXes have expanded past their role as Moody Center liaisons, often reaching beyond the hedges to incorporate local relevant art. From February to April, through a collaboration with the Center for Civic Leadership, Hug the Hood brought a third juiceBOX to the Old Spanish Trail/South Union neighborhood with the intention of creating a “collaborative community space and a tangible bridge between Rice students and Old Spanish Trail,” according to a January CCL newsletter. Students from the neighborhood designed and painted the box in variant color squares, with messages of poetry and hope spread over the squares. One quote by Martin Luther King Jr. reads, “Darkness cannot drive out darkness – only light can do that!” On the other side of the box, Houston-based muralist Anat Ronen painted a lifelike portrait of Martin Luther King Jr., mirroring the many King quotes written by Old Spanish Trail students. The box is now back on campus, still covered with the artwork.

In April, Fossilized Houston, a partnership between Houston artists and environmentalists and co-founded by Rice lecturer Lina Dib, used the two original boxes to host “Like There Is No Tomorrow.” The exhibition featured interactive installations meant to highlight human footprints upon the environment.

“We wanted to render our effects on these places [to be] more tangible,” Dib said. “My goals were to look at these crises that we’re living [in] right now, these moments where we’re living in disaster. Crisis can be both danger and opportunity — opportunity to redesign rather than just rebuild.” Dib said she calls the boxes “Solar Studios,” a reference to her vision of the boxes as a hybrid lab and exhibition space.

Walking past the boxes now, one can see Dib’s projection “After the Storm,” which rotates through command words such as “LOGICAL” and “RESPONSE.” Dib said despite current construction on the boxes, she felt a need to do something after the storm. Since the boxes currently lack automated infrastructure, Dib goes by herself to turn the projections on and off.

As current curator of the boxes, Dib said she has sought to include visual and dramatic arts student work in the space. Lovett College senior Heather Wright is responsible for seeking out student work to feature in the next exhibition. Opening in late October, the currently unnamed project will pair student artwork with that of local artists, first focusing on sculpture works from the community.

“The juiceBOXes are a great place to [showcase work] because there are no preconceived notions about what is supposed to go in there,” Wright said. “Our first exhibition is going to feature [Duncan College senior] Huidi Xiang, who makes awesome sculptures. Wright is collaborating with Jessica Fuquay (Duncan ’14) to find emerging local artists to pair with Xiang’s work. They hope to continue this comparative series for the duration of the fall semester.

Despite increased efforts to develop a set program for the boxes, there is currently no official infrastructure in place for students to submit individual proposals. The ephemeral nature of the self-sustaining juiceBOXes lends them to an uncertain future. According to Caroline Levander, vice president for Strategic Initiatives and Digital Education, the boxes do not currently have a permanent fund or endowment.

“We’re just pooling funds together trying to support something that’s really experimental,” she said. “If we don’t get a lot of interest over time, we’ll probably sunset it. But if we do get accelerated interest, we might need to do some longer term financial planning.”

Dib, however, said she envisions a far more permanent future for the boxes.

“I think the campus can really benefit from this place that is a hybrid lab [and] studio,” Dib said. “Whether or not they become a permanent space is beyond my scope, but I am very happy to direct this space while it’s there for now.” Dib added that she hopes to collaborate with student groups to create a garden or rainwater attachment system next to the boxes, which would add on to the current construction of a deck intended to connect all three boxes. 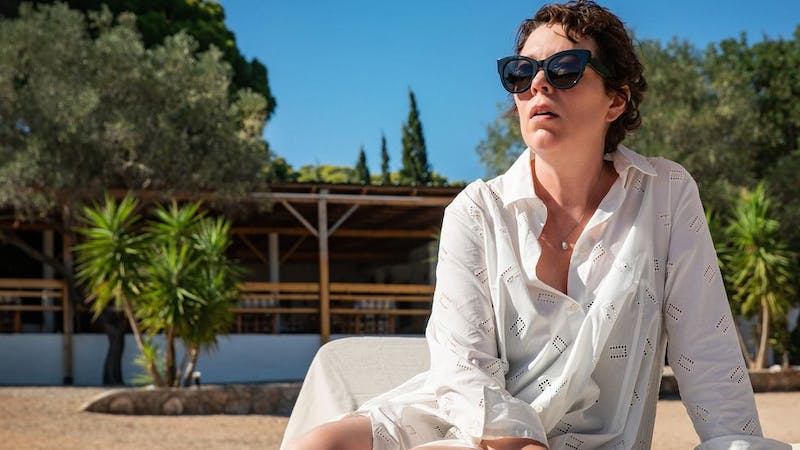 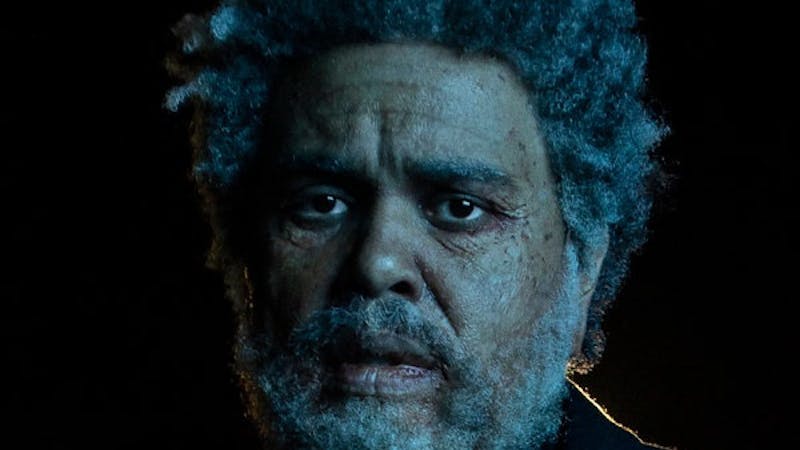