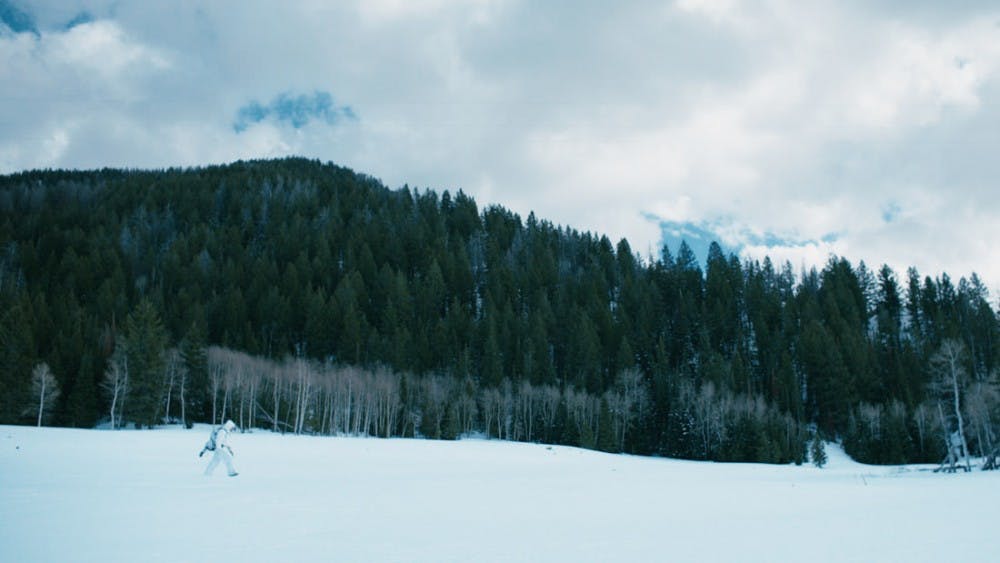 In the final chapter of his American West trilogy, writer Taylor Sheridan uses a Native American reservation as the setting for a sinister crime thriller that’s aware of just how Darwinian life can be, particularly for the marginalized.

As an agent for the U.S. Fish and Wildlife Service, Cory Lambert protects the prey of the frigid Wyoming landscape. Three years ago, he failed to protect his half-Native American teenage daughter from fatal violence. The memories of her unsolved murder feel anew when he comes across the frozen body of her best friend Natalie in the woods of the reservation. The FBI dispatches Las Vegas-based agent Jane Banner to investigate. Jane quickly rules Natalie’s death a homicide. To aid Jane’s lack of knowledge about the region, Cory agrees to help her catch the predator behind Natalie’s death, in the hopes of giving Natalie’s father the closure he never got.

Away from the Marvel Cinematic Universe, Jeremy Renner and Elizabeth Olsen’s performances demonstrate the possibilities opened up when there is no CGI cushion to rely on, just the words on the page.

Every father’s worst nightmare has tragically come true for Cory. Although pessimistic, he’s protective with a strong sense of justice. If he can right even one little wrong in the world, he might sleep a little easier at night. Elizabeth Olsen plays Jane as a woman who’s more than capable of standing on her own two feet but who’s also unafraid to admit when she feels overwhelmed. Even when Jane is thrown into violent situations, she knows how to save herself, which earns Cory’s admiration. Despite his smaller role, Gil Birmingham manages to push the film to an emotional climax

The trilogy’s previous installments “Sicario” and “Hell or High Water,” demonstrate Sheridan’s innate ability to craft character-driven stories about survival instincts. As both writer and director of “Wind River,” he takes full advantage of his total creative control. In contrast to its thrilling predecessors, the fictional events of “Wind River” remain grounded in sobering realism.What elevates the story beyond genre trappings is its depiction of a side of American life that few of us know about or even acknowledge, that of Native Americans. One marvels at the resilience of these characters in fighting to keep what little remains for them after everything that’s been taken away, just as Jane weeps at how Natalie ran six miles barefoot in subzero snow.

Just before the end credits, it is revealed that no missing persons database exists in the United States for Native American women. It’s a statistic that’s stomach-punching in its unfairness. It asks if justice is just an illusion.