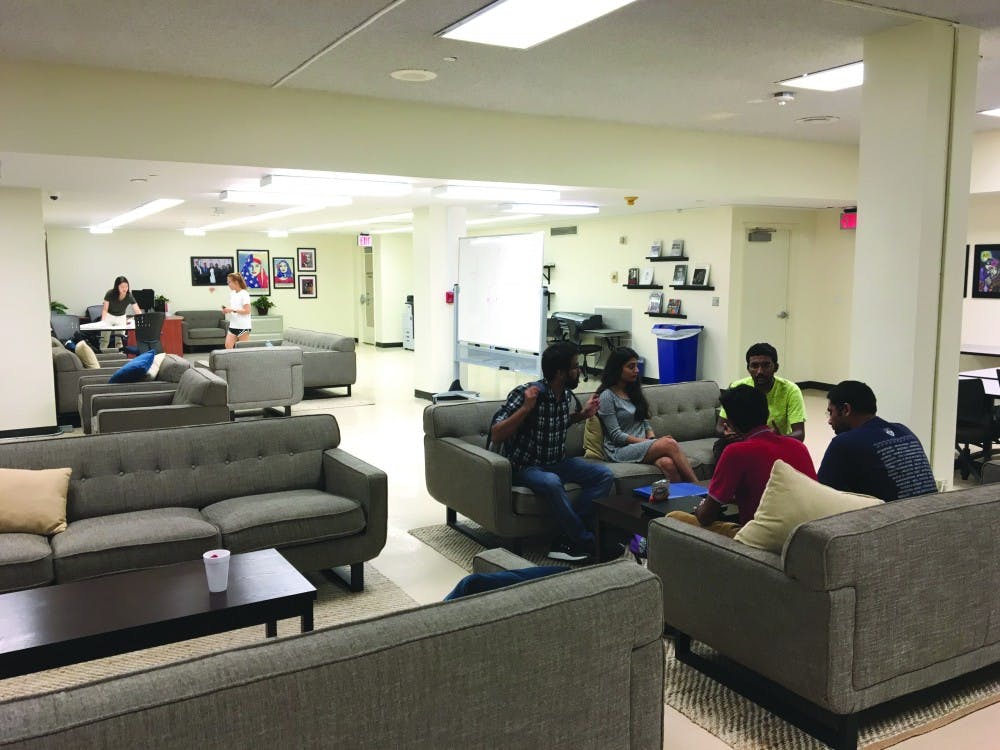 As fundraising begins for the construction of Rice University’s new Multicultural Center, a critical question remains: Who will run it?

Administrators need time to decide whether the center will receive a staff member, Provost Marie Lynn Miranda said in July, just under two months after she and President David Leebron received letters from both alumni and student leaders advocating for the addition of a staff member. “I would just say, gosh, we’re figuring it out,” Miranda said.

The center, temporarily housed in the basement of Rice Memorial Center since this past spring, will have a new home costing around $2 million adjacent to the RMC courtyard offices.

Rice alumna Blaque Robinson (Wiess ’16), who proposed the Multicultural Center, said she regards Miranda and Leebron’s response to the letter signed by herself and four members of the Student of Color Collective, a group formed she formed, as an insult.

“I’m very disappointed in this institution, and I’m never going to call this place a multicultural center even if that’s the name they put on it because I don’t believe that that’s what it is,” Robinson said. “It’s a slap in the face to all the students who worked hard to make this a reality.”

Robinson said she sent a letter signed by the Student of Color Collective requesting the multicultural center receive staffing in May after hearing from an undisclosed source that the center would not be staffed. She received a response from Miranda on July 6, at the same time as she responded to the Thresher’s inquiry about staffing.

In their response, Miranda and Leebron wrote that the design of the center would allow for on-center staffing, but it was too early to make that decision.

“It may be that the center should evolve somewhat organically, and future decisions should be made in light of the experience we gain,” they wrote in their response.

Gibson and Onwenu are student members of the steering committee formed to oversee the design of the center. They decided to write the letter after Associate Vice Provost Matt Taylor showed architectural plans at a spring Student Association meeting that did not include space for staffing, Onwenu said.

“I fear that despite being developed with the best intentions, this decision to leave the space unstaffed will likely lead to people perceiving the center as an empty gesture,” Onwenu wrote.

Robinson said the ideal staff member for the center is Assistant Dean and Director of the Office of Multicultural Affairs Catherine Clack, as she has the life experience to counsel students as well as ensure access to a range of resources such as funding a tutor for a student who may feel uncomfortable speaking to their professor.

“She has all the training that is necessary and she already runs the office,” Robinson said. “It would be ludicrous to hire anyone else outside of her department.”

Alumnus James Carter (Brown ’17), another member of the Student of Color Collective, said the center would be reduced to a lounge without the guidance of a staff member.

President of the South Asian Society Rohan Palanki said a staff member at the center would allow for institutional knowledge to be retained as students graduate and allow opportunities for activities involving multiple multicultural groups.

Last semester, the SAS used the center for several events including a sari-tying workshop. But Palanki said temporary space in the basement of the RMC is difficult to find and he was not aware of its temporary staff member, Larry Garvey from the Office of Multicultural Affairs. Garvey is stationed in the center to be helpful to students, Smith said.

“I’d like to see the multicultural center utilized for more than just its space, but rather its potential to connect cultural organizations,” Palanki, a Jones College junior, said. “I think a staffer could serve a pivotal role in acting as a liaison in this space.”

However, Smith said including offices for staffing risked less space for other activities.

“If we responded to the request for offices for the new space for example, the whole space would be offices and we didn’t want to do that,” Smith said. “We wanted to keep it flexible for now.”

Miranda said administrators are taking student opinions seriously, as this is the first time students — Onwenu and Gibson — have been part of a steering committee.

“I think about the letter as yet another source of input to help us in this whole process,” Miranda said. “We’re always delighted when students and alums stay engaged and continue to contribute to the university. It was another good source of input.”

Robinson said she submitted the proposal for the Multicultural Center to Miranda in February 2016 with the goal of increasing visibility for students of color. Rice’s residential college system decreases visibility by splitting students of color into even smaller groups, she said.

Miranda said she and other administrators including Leebron then identified space for the center in the basement of the RMC. However, university architect David Rodd pitched the idea of constructing a permanent center adjacent to the RMC offices.

Taylor said he and Miranda chose architecture firm Miro Rivera in October. Between November 2016 and January 2017, Miranda and Leebron appointed members to a steering committee to provide input on the pre-design and design phases of the center. The committee, chaired by Vice President of Administration Kevin Kirby, includes Clack, Associate Provost Roland Smith, undergraduate representatives Onwenu and Taara Clarke and graduate representatives.

Miranda said she recommended Smith, who also serves as director of the Office of Diversity and Inclusion, to oversee programming at the center, which began operating at its temporary location in February.

Then came the predesign phase lasting until May. During predesign, an architect held two focus group meetings with student leaders including heads of multicultural clubs. The focus group members recommended by Taylor helped the architect determine the types of spaces that should fill the 3,500-square-foot center, Miranda said.

Robinson said she attended a focus group meeting in February as a concerned alumna. At the meeting she said attendees stressed the importance of office space and staffing in the center.

“It was promised in that meeting that they would try to stick to our vision but as we know now that’s not what’s happening,” Robinson said.

Currently, Miranda said she is working with the vice president for development and alumni relations to fundraise with the center projected to cost at least $2 million.

“Students brought us a creative idea, we came up with a first solution that was good and now we have a second solution that’s great, and we’re really excited about it,” she said.

Onwenu said he was pleased by the administration’s response and receptiveness to student opinion.

“[President Leebron and Provost Miranda] understand this Multicultural Center will be an important part of the Rice community and seemed very genuine about their desire to make the center the best it can be,” Onwenu said.

But Robinson said she was disappointed by the response she received.

“[Leebron and Miranda] didn’t even say that they would like to meet with us. It was kind of just like, this is our answer, it’s over. You know — done,” Robinson said.

Smith said he is looking at multicultural center models at other universities but also searching for ways to be innovative given Rice’s diverse undergraduate population.

“Some of the things at [other] campuses, we don’t necessarily have some of those things happening at Rice,” Smith said. “I’m being specifically vague because I don’t want to indict any other institutions. We’re operating at a position of relative strength when it compares to other institutions. And so that’s why I don’t want us to default back to models that are already out there.”

Smith said he sent emails to other universities asking what they would do differently at their multicultural centers, but he said there were not many takeaways as those schools are different from Rice.

However, Robinson said the argument that Rice’s unique culture may not necessitate a staff member at the center is damaging to the experience of students of color at the university.

“Let’s look at our peer institutions and then look at ourselves and say, ‘What’s going on here?’” Robinson said. “Every single year, students of color are complaining about their experiences — why don’t we do something to change that?”

Programming for the center has not yet been determined, Smith said, but he is currently working with an advisory committee to brainstorm for the semester. He said delays in determining programming were caused by students being away for the summer and his own office’s obligations separate from the center.

“We’re moving slowly because we didn’t want to just jump out there and then create a lot of expectations,” Smith said. “We’re trying to move it more intentionally and deliberately.”

Danna Ghafir, a signatory of Onwenu’s letter and president of the Middle Eastern Student Association, said she understood the administration’s decision to delay the staffing decision.

“It may be helpful to see how students use the multicultural center first, and then fill in the gaps as we go,” Ghafir, a Martel College senior, said.

But Robinson said uncertainty in staffing is a symptom of Rice’s resistance to change.