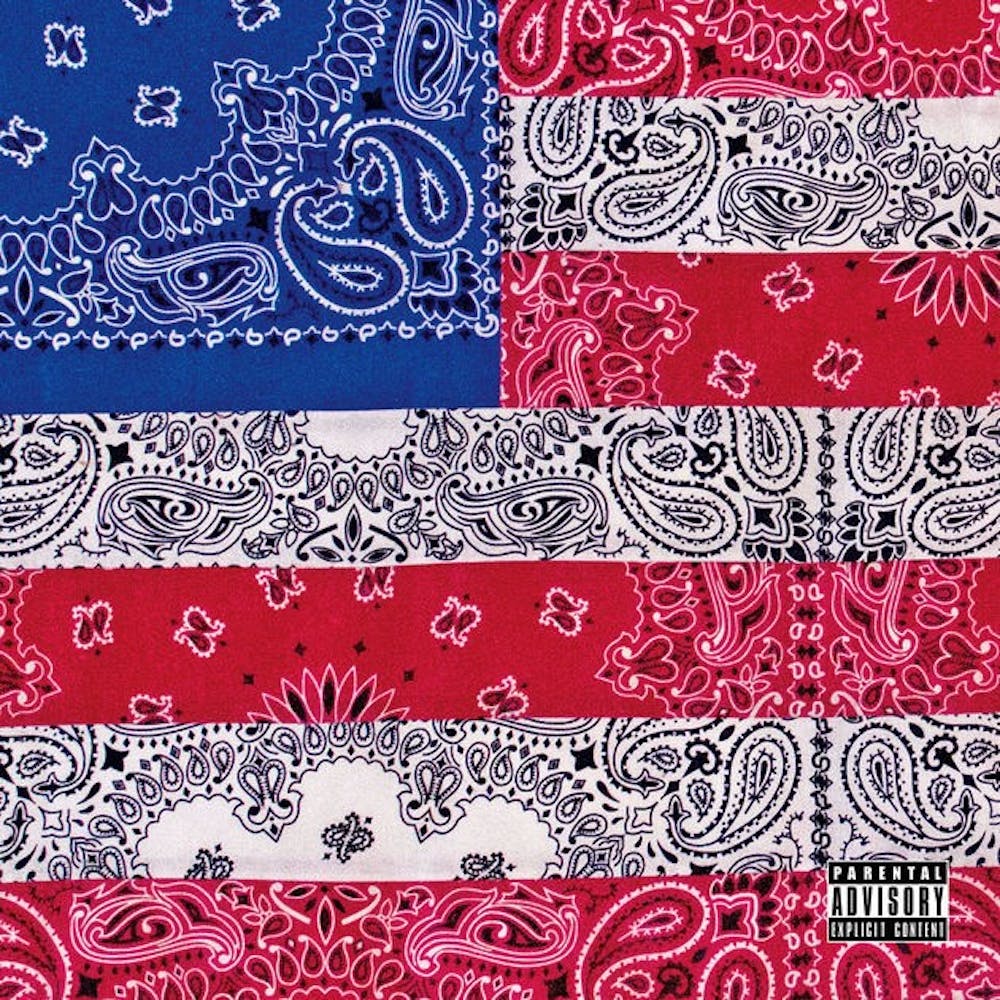 When Joey Bada$$ made his debut with “1999” at just 17 years old, he turned heads with a style distinct from that of his youthful hip hop contemporaries. His ’90s influences were certainly surprising coming from a rapper born midway through the decade. On ALL-AMERIKKKAN BADA$$, Joey Bada$$ appears to be struggling to find his own voice, and his style hasn’t evolved far from the ’90s homage.

Many of the tracks, particularly those on the first half of the album, don’t stray from this style and are too upbeat to convey the seriousness of his political message. When he does shift from his jazzier, optimistic style, it doesn’t seem to be of his own volition. He shares the stage with a number of talented features that certainly add to the album, but who also often overshadow him on his own tracks. J. Cole sounds more at home than Joey on “LEGENDARY,” and though “ROCKABYE BABY” is one of the album’s standout songs, it feels more like a Schoolboy Q track than one from Joey Bada$$.

The album’s intent is pretty clear from the title alone, a maximalist attempt to describe our abhorrent political climate, the fever pitch of racism and divisiveness that plagues us. For the most part, the lyrics don’t pack enough of a punch to do the subject matter justice, and often come across as banal and forgettable. Though he maintains a barrage of political commentary, his ideas often repeat what the listener already knows. “Donald Trump is not equipped to take the country over,” he raps in “LAND OF THE FREE.”

He stays in his comfort zone, tackling serious themes while staying in the realm of easy listening. “DEVASTATED,”, the first single released from the album, is the perfect example. Already his most popular, the track is highly forgettable and lacks substance. “I put my pain on the cadence/Turn my brain up a wavelength,” he says, but the promised vulnerability is completely absent on this track, which repeats ad nauseam a predictable and cliché chorus about his rise to greatness. There is no doubt Joey Bada$$ has the skill and intuition to make popular songs, but the content of this album requires a willingness to get personal and exposed, a concept he seems uncomfortable with.

Though he falls short of delivering the sharp political commentary he aims for, there are times when his promise as a rapper is clear. Joey Bada$$ is at his best when he drops his guard, speaking from the heart rather than attempting to deliver direct political commentary. On “BABYLON,” he breaks through to the listener as he growls with a strikingly raw combination of pain and power, “It’s another black man, died at the white hand of justice/To tell the truth, man, I’m fuckin’ disgusted/I fear for the lives, for my sisters, my brothers.” It’s a moment of vulnerability that showcases the fire within him that he raps about, but rarely shows.

Joey Bada$$ clearly has the capacity to address themes broached on ABBA in an impactful way. If he is able to get past his tendency to play it safe and instead allows himself to be open, if he prioritizes making music that is genuinely insightful over music that is catchy, he will doubtless be able to hit on what is missing in this album. At only 22, he certainly has time.