Beer Bike fines should remain but be flexible as needs change 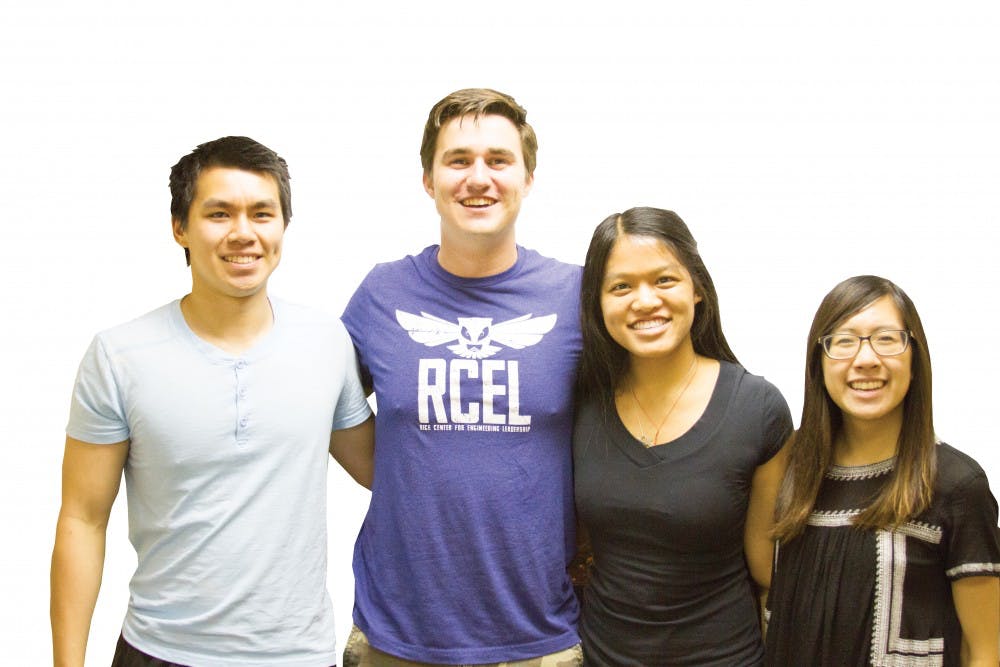 Colin Feng and Ashton Duke are the 2017 campuswide Beer Bike coordinators, Stephanie Zhao is the RPC president and Jodie Nghiem is the former RPC president

In last week’s edition of the Thresher, the outgoing Beer Bike college coordinators wrote an op-ed regarding the Beer Bike fine system. In light of this article, Rice Program Council would like to take the opportunity to clarify common misconceptions surrounding the fine system and to discuss our plans reforming the system moving forward. We assert it is necessary to keep the fine system to promote campus safety during the event, but it can be improved to reduce the financial burden on the part of college coordinators.

First, it is important to understand how the college fines are used. College fines are deposited directly into the RPC Beer Bike account and pay about 10 percent of the current year’s Beer Bike costs, and any rollover goes into a track maintenance fund to cover occasional yet very expensive track repairs, about $12,000-$14,000 every 3-4 years, where the track is an amenity used by every college every year. It is also important to note that the campuswide Beer Bike budget is a completely separate account from the general RPC , so money allocated to Beer Bike cannot be used for other RPC events and vice versa. One of the main critiques of the fine system is that RPC directly benefits from the violations of its own rules, but the college only support Beer Bike for everyone in the years to come.

Second, the fines satisfy a general safety standard agreed upon by various university departments. Every year the campuswide coordinators work directly with the college coordinators and university departments such as Risk Management and the Rice University Police Department to add fines as concerns arise and edit existing as needs change. Overall, it should be understood that the primary concern of these fines is campus safety and not for the financial gain of RPC.

The Hanszen College coordinators suggest instituting a flat rate in place of a variable fine amount. RPC recognizes the difficulty of working with a variable cost. However, removing the variable fines removes any accountability on the part of the colleges and any incentive for the college coordinators, the liaisons between RPC and the colleges, to effectively disseminate information regarding the rules of the event to those at their colleges. While it is impossible to control the behavior of every single individual, college coordinators can take steps such as requiring attendance at meeting in order to a Beer Bike shirt to reach as many people as possible.

All that said, RPC is more than willing to engage in conversations with the colleges in an effort to reform the fine system, as in no way do we claim the current system is perfect. Several years ago, RPC noticed fines had started to become a financial burden for the colleges and started giving a 50 percent discount to colleges for cleaning up after the water balloon fight instead of colleges for not cleaning up. This year, in response to abnormally high fine amounts incurred by the colleges, the campuswide coordinators worked with college coordinators to reduce fines to reasonable amounts. In the end, the highest fine amount issued this year will be $850, as opposed to the $1,000-$3,000 range cited in the previous op-ed. It is not our goal to drain the colleges of their funds. Although we assert the fine system itself is a necessity, we believe an in-depth review of the existing fines would help ensure the financial viability of the colleges.

While the college coordinators never approached us directly with their concerns before choosing to bring them into a public forum, RPC has already begun to engage in conversations with the colleges about reforming the current fine system upon hearing about the previous op-ed’s imminent publication. In the end, both RPC and the colleges share a mutual goal: to serve the student body through the many events we put on throughout the school year, including Beer Bike. As such, RPC does not stand to benefit from stripping funds from the colleges. Rather, the current fine system was created to ensure the safety of all involved, and any money received from the colleges is only utilized to support future Beer Bikes, an event enjoyed both at the campus and college level. In the end, RPC and the campuswide coordinators want nothing more than to make Beer Bike as enjoyable and as safe as possible for all the members of the Rice community and to make it as smooth as possible for all the planners of the event, both at the campuswide and college levels.