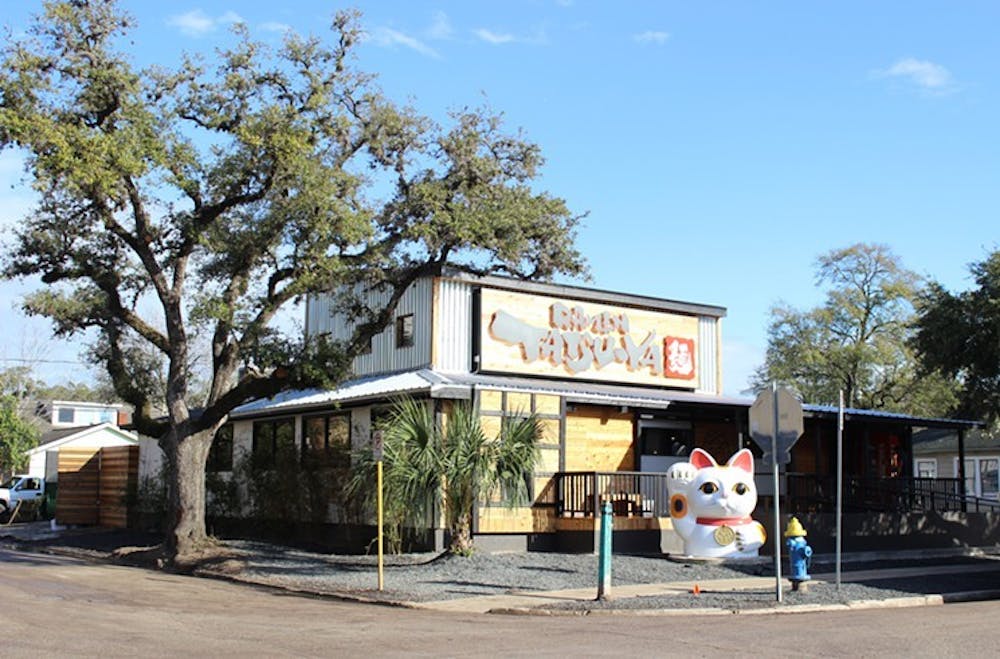 Along with a good chunk of Rice students, I have always regarded Jinya Ramen Bar as the daddy of ramen joints. Consistently delicious, their broth can be counted upon to warm the cockles of your soul and wash over your taste buds like a wave of savory goodness. Their noodles also provide the perfect amount of bite and chew while every topping adds another level of flavor and texture to compose a successful symphony of deliciousness. Of course, Jinya has had ample opportunity to perfect its methodology and recipes— they’ve been in the United States since 2010 and have since opened 27 locations in the U.S. and Canada. I therefore believe that I am justified in saying that Jinya is perhaps the appropriate standard by which to measure all other ramen bars.

Enter Ramen Tatsu-Ya. A household name in Austin, Ramen Tatsu-Ya is extremely proficient at marketing toward yuppies and college students, and no doubt, they expect the same kind of success in Houston. So should you forsake your Jinya ways for the new kid on the block?

Well, if we're talking about convenience, there is no need to revoke your allegiance to Jinya. Ramen Tatsu-Ya is located at 1722 California St., smack dab in the middle of Montrose. While that may not seem too far, if you're one of the many owls without a car, plan to walk for 44 minutes or spend 51 minutes waiting for and taking one of Houston's not-so-on-time buses. On the other hand, Jinya is a relatively brisk 20-minute metro ride away.

In terms of ambiance and comfort, Ramen Tatsu-Ya is the epitome of love it or hate it. The walls are boldly adorned with black, white and red murals with definite Japanese influence. The seating arrangement consists of a few booths, a few intimate two- or four-person tables, and two long dining tables in the center of the dining area. While this is fairly similar to Jinya's setup, the vaulted ceilings at Ramen Tatsu-Ya make the space feel much more airy and light, as opposed to Jinya's darker, more dimly lit interior. It is worth pointing out, however, that I did feel a draft sitting at the longer tables, probably due to a poorly placed ventilation duct, so I would advise wearing another layer if you decide to go. The bathrooms, however, are a must-see. The best way I could possibly describe them is if a Japanese version of Banksy painted the Sistine Chapel. In my opinion, Ramen Tatsu-Ya takes the fish cake for interior design.

Now how good is the ramen? Well, there was certainly nothing offensive about it. I decided to order the Tonkatsu Sho-Yu, which I figured being priced at $9.75, would be a popular option. The broth was smooth and flavorful, the noodles were filling while all the toppings were well prepared and yummy. My personal favorite aspect of the dish was the marinated bamboo, or menma. I should qualify the next half of this sentence by saying that bamboo is one of my favorite foods and I was craving it the week before going, but this bamboo was just ... wow. Perfectly marinated, each bite was an umami bomb. Not only that, but the bamboo was tender and not stringy, an indication of its young age and overall quality.

However, while the ramen was good, there were some things that could be improved upon. Although the broth was flavorful, it was more watery than I would have liked. The kick of flavor that I usually get from slurping a spoonful of Jinya's broth was absent. I could still perceive some subtle notes of the savory pork bone they used to make the broth, but it was, for the most part, buried. The main issue I had with my meal is that the proportion of all the components was off. While I thoroughly enjoyed my bamboo, I would gladly have traded it for a larger portion of pork belly (chashu), or two halves of a soft-boiled egg instead of one. The pork belly was extremely tender and had the perfect ratio of fat to protein but I doubt anyone, no matter how small the mouth, would be able to get more than two bites out of it. Proportion was also an issue with the negi rice bowl that I ordered as a side. While scallions are a central part of the dish, they overwhelmed the fried onion and rendered pork.

Finally, my last qualm is with the staff. While they are passionate about what they serve, a few of them seemed overzealous in educating us on what exactly ramen was and the proper way to eat our dishes. Our plates were also cleared away without asking if we were finished, which, frankly, is a rookie serving mistake.

So, is Jinya still the daddy? Yes, but Ramen Tatsu-Ya does provide some serious competition. Also, if I'm being completely honest, most of the issues I found with my experience could be attributed to the fact that my friends and I dined during their cold opening, meaning that there were more people to serve than usual, and the quality might have suffered as a result. In the end, Jinya is still where my loyalty lies, but I am sure that others will be switching their allegiances soon, and for good reason too.