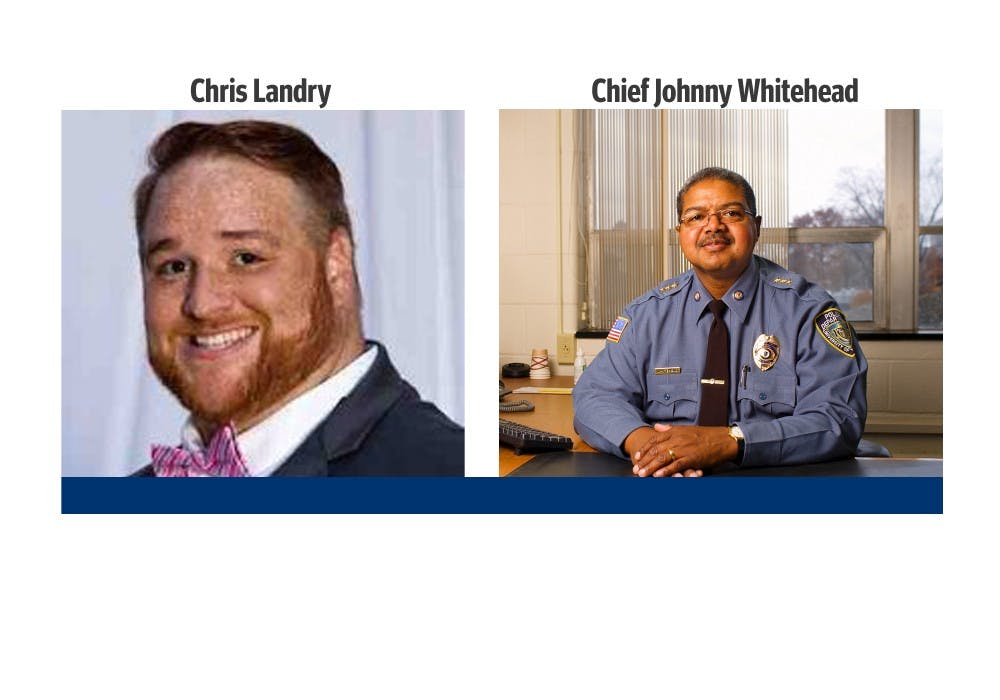 Chief Johnny Whitehead of the Rice University Police Department will be retiring on January 31, 2017 after 33 years of police work and another seven years of work in related fields.

Whitehead said he was drawn to Rice for its student body which engages with RUPD.

“Developing partnerships and working with the community have always been the kind of policing I enjoy,” Whitehead said. “The size and culture at Rice make it a lot easier to cultivate a trusting relationship between police officers and community.”

Upon retirement, Whitehead said he will spend time with his family in western Massachusetts. Whitehead also plans to write a book on policing and race, a project he began before coming to Rice.

“A lot has happened in policing over the past five years, so there is plenty to write about,” Whitehead said.

Whitehead said he wished to thank his colleagues across campus for giving him the opportunity to serve the Rice community.

“Outside of the military, I can’t think of a better way to serve your community than in policing,” Whitehead said. “I’ve been blessed and honored to have served many different communities, and there was no better way to finish my policing career than at Rice.”

Landry, who holds bachelor degrees in Psychology and Sociology and a Master of Arts from Louisiana State University has been involved with orientation programs for over 12 years. During his five years at Rice, Landry was involved in O-Week as well as the Transfer Student Association and Foundations for Self-Discovery & Lifelong Learning.

Landry said Rice’s Orientation Week is unique due to the level of engagement all those involved in the process, including Dean Hutchinson, the college Masters, and Academic Advising.

“Part of my job and the job of the Coordinators is to manage all of these differing opinions and directives to make the program the best it can be for new students,” Landry said. It’s often extremely difficult considering the varying levels of power each of those groups may have on campus and that myself and the Coordinators are charged with effectively managing changes even unpopular ones.”

Landry said following his departure, Araceli Lopez will assist the O-Week Student Directors and Coordinators as he did during his time at Rice.

“Over the last five years, I’ve had some wonderful experiences with O-Week and interactions with students - both incoming students and student leaders - and I am looking for new opportunities to grow and be challenged beyond what I’ve done at Rice,” Landry said.