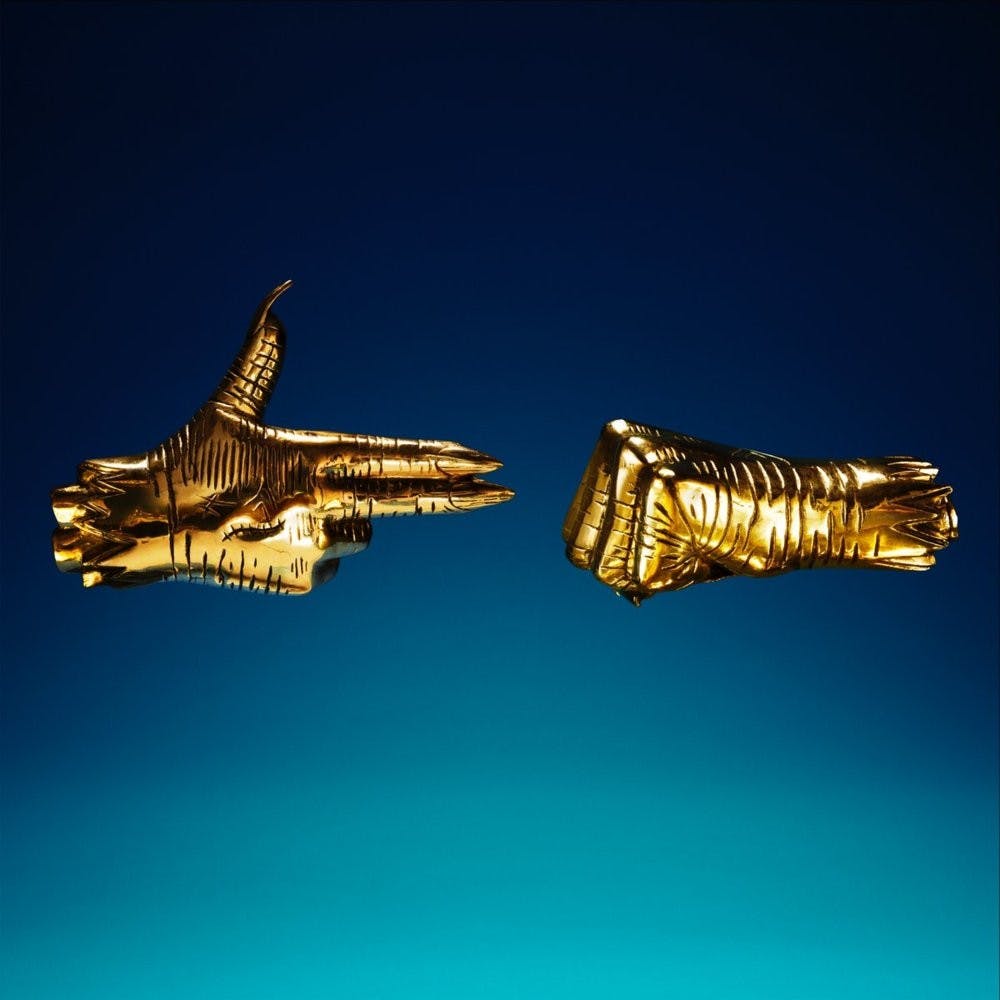 A silver lining often repeated in the wake of the presidential election is the potential for great art as a reaction to despair. While there was plenty of grist for artistic righteous anger before, “Run the Jewels 3,” in all of its anti-establishment glory, certainly sets an encouraging precedent. On this album, which may be their best to date, Killer Mike and El-P of the duo Run the Jewels have tapped into the energy of political discontent in a way that is both electrifying and entertaining.

Killer Mike and El-P have exhibited remarkable chemistry since their debut album in 2013. On “RTJ3,” the pair dial this up to a new level. They switch between verses seamlessly, with barely a breath in between, their intuitive partnership bordering on telepathic. El-P has produced quality tracks since the beginning of his career, but never before has an album of his possessed the stylistic diversity and complexity of “RTJ3.” El-P displays impressive command over the instrumentals, jumping from upbeat to ominous to urgent on a dime. The finished product is well-rounded and satisfying, further testament to his abilities as a producer.

Lyrically, the album has also continued to raise the bar, zeroing in on themes previously explored on “Run the Jewels” and “Run the Jewels 2.” While the album is laser-focused and less than an hour in length, it still manages to tackle institutional racism, encourage political upheaval, mourn the passing of old friends and still have time to boast about their greatness with the funny and virtuosic lyrical style that first brought them to prominence.The combination of witty one-liners and a moving disdain for our overwhelming societal ills keeps them from taking themselves too seriously while simultaneously validating the importance of the subject matter. Rather than tempering the impact of their more politically charged lines, RTJ’s trademark humor acts to emphasize it. The audacity to be wickedly funny and boastful in the face of austere circumstances is in itself an act of resistance.

The album is rife with powerful political advocacy and gives the impression that, like most of the American people, Killer Mike and El-P are no longer satisfied with inaction. “No more moms and dads crying/No more arms in the air/We put firearms in the air,” Killer Mike raps on “Thieves!” which imagines a riot of all those who have been hurt and subjugated in an unfair society. “RTJ3” provides a desperately needed cathartic anger. In El-P’s words, “Fear’s been law for so long that rage feels like therapy.”

For a duo that has just recently debuted, Killer Mike and El-P are certainly on the mature side, with Killer Mike over 40. Killer Mike himself has remarked on this with some regret, that “if [he’d] met El earlier, [they] could have changed the face of music by this point.” Listening to “RTJ3” though, there is no sense of the duo having missed their prime. It’s tireless and fresh, fortified and ready for the long haul. It seems that maybe Run the Jewels has arrived on the scene at exactly the right time. The closing line of Zach de la Rocha’s feature, on the unambiguously titled track, “Kill Your Masters,” carries the feeling of a baton being passed, trusting their ability to continue the legacy of music that has a transformative political impact. “Man, the world gonna ride on what’s implied in the name. Run ’em.”